Photos by Jack A. Waldron (except those for the newspaper article) 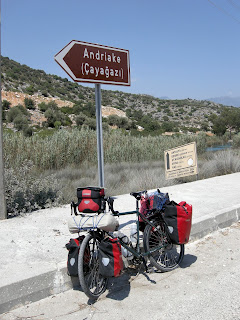 The river Androkos (ancient name) empties into the sea just past the now silted ancient harbor of Andriake, the site of the Granary of Hadrian.  Though it is unclear whether Andriake was founded as an independent Lycian city, it most certainly was a port of access for ancient Myra, as well as a defensive bull work that stretched west along the coast to ancient Sura.  Historically, Andriake has marked a number of recorded events, such as the erection of statues dedicated to the Roman emperor and his wife upon their visit in 18 AD.  Also, it was at Andriake that Saint Paul changed ships while on route to Rome in 60 AD. 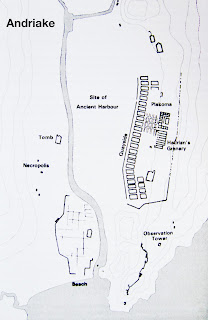 The now silted harbor that is situated approximately four kilometers from the great metropolis of Myra was guarded from entry by a great chain that spanded the entrance.  It reported by the writer Apian, that in his quest to collect money from the nearby city for Brutus in 42 BC, Lentulus Splinther broke the chain allowing, thus forcing the entry of his ships.  The Romans invested in the facilities at Andriake during the first and second centuries AD under Trajan 98-117 AD, Hadrian 117-138 AD and Marcus Aurelius 161-180 AD.  This required the dredging of the harbor to keep it from silting, as well as the building of storehouses that supplied the Roman army during their eastern campaigns. 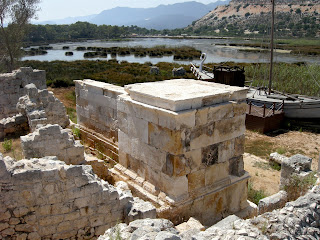 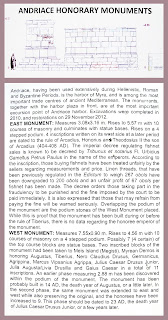 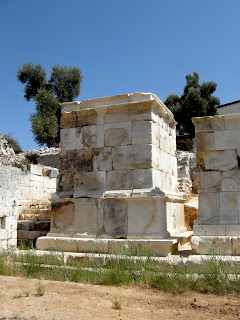 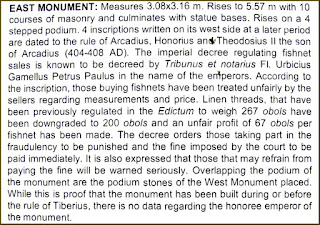 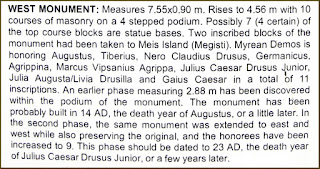 Pictured below, a view of both Honorary Monuments with the West Monument in the foreground, and East Monument further away next to it. 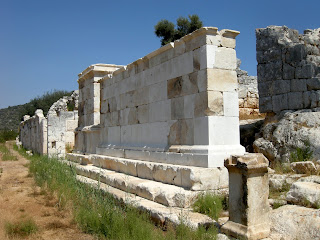 The Granary of Hadrian at Andriake is so named as his name is inscribed in Latin above the arched doors that project from the chambers at each end of the building.  Further, busts of Hadrian and what is believed to be his wife Sabina (or, Faustina the Elder, wife of Antoninus Pius) protrude from the facade of the granary.  There is also a relief on the front wall that depicts a standing Serapis and a reclining Isis with a griffin between the two. 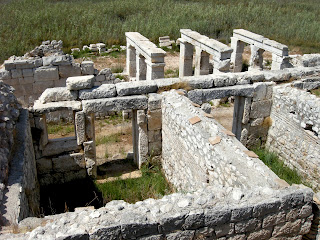 The warehouse (so inscribed with the Latin, 'HORREA') measures 60 x 30 meters and contains eight chambers with inner access doors connecting each, as well as doors and accompanying windows along the front of the building.  The full inscription as recorded by Beaufort in 1811 read: HORREA IMP. CAESARIS DIVI TRAIANI PARTHICI F. DIVI. NERVEA NEPOTIS TRAIANI HADRIANI AUGUSTI COS. III.Also inscribed on the front wall is a standard of weights and measures which befit the purpose of the structure and in this case ascribed to the dictate of Byzantium. 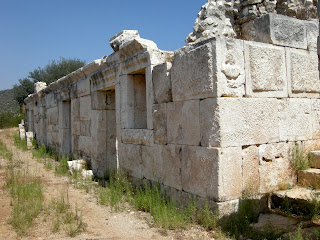 More storage facilities along with supervisory buildings line the silted bay (pictured below).  Between this area along the harbor and the market area or Plakoma is a residential area. 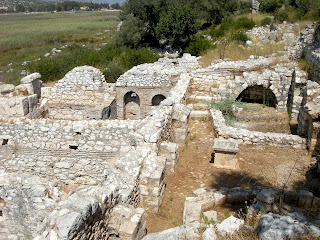 Further to the east are two Byzantine era churches or basilicas (pictured below). 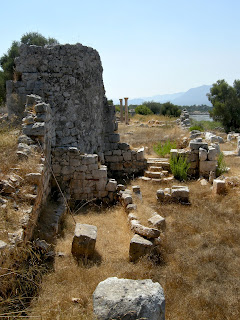 Heading back toward the granary up from the harbor there is a tall wall and a large door fronted by columns which is the main entrance into the Plakoma or market place (pictured below).  The columns of colonnade that once surrounded the Plakoma have been repurposed over the centuries. 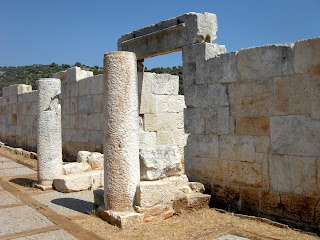 There has been an enormous amount of restoration done to the site, including the Plakoma, where the surrounding wall has been restore, as well as the stone pavement blocks where possible.  In the center of the Plakoma is a large cistern that is supported underground by eight double arches (pictured below). 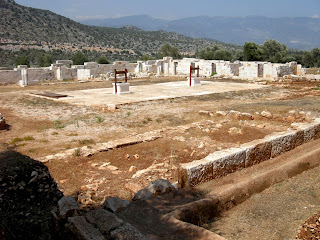 Continuing around toward the harbor entrance, there are newly fully restored Roman era warehouse that now house a new site museum (pictured below).  Unfortunately, the museum was still in the process of being completed when I visited.  No matter, there are several items I managed to overlook during my rushed visit, so I will do a more through investigation in the future. 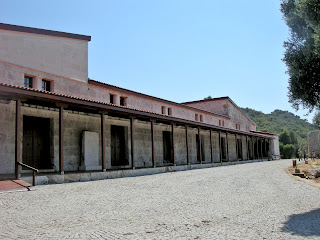 According to the museum staff, the warehouse building has been restored using every antique member available as a guide to recreate the original design. 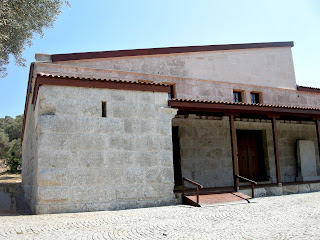 My time at the site was limited to the closing time of the park, so I was not able to hike un to a Roman era tower and/or possible Roman temple that are located at the headland near the sea.  Those will have to wait for further examination . . . , along with the Temple of Apollo at Sure. 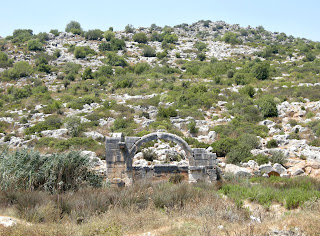 Forbidding heat, time to keep, and greater sites to seek, I did not explore the Roman Tomb that sits some hundred meters off the highway, just across the river from the site of Andriake (pictured above).  I will, I will, I must, along with numerous overlooked gems, investigate the next time around. 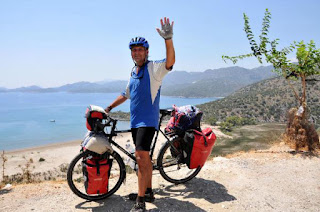 As I was cycling down the mountain from ancient Sure to Andriake, I noticed a car pulling off the road in front of me.  As the door of the car sprang open, out popped this arm waving gentleman who forced me to screech my bicycle breaks to a halt.  He introduced himself as a newspaper reporter, and explained that he would like to take some pictures of me, and, write a story of my journeys. 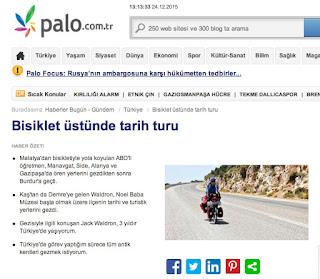 The article he wrote (pictured above) appeared in nearly every newspaper across Turkey, and suddenly I had more people honking horns and waving at me out of their cars than the whole prior three years . . . , maybe just coincidence. 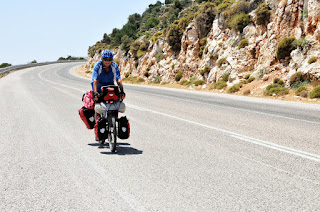 Posted by BIKE CLASSICAL at 8:34 AM