Anamurium: City of the Winds 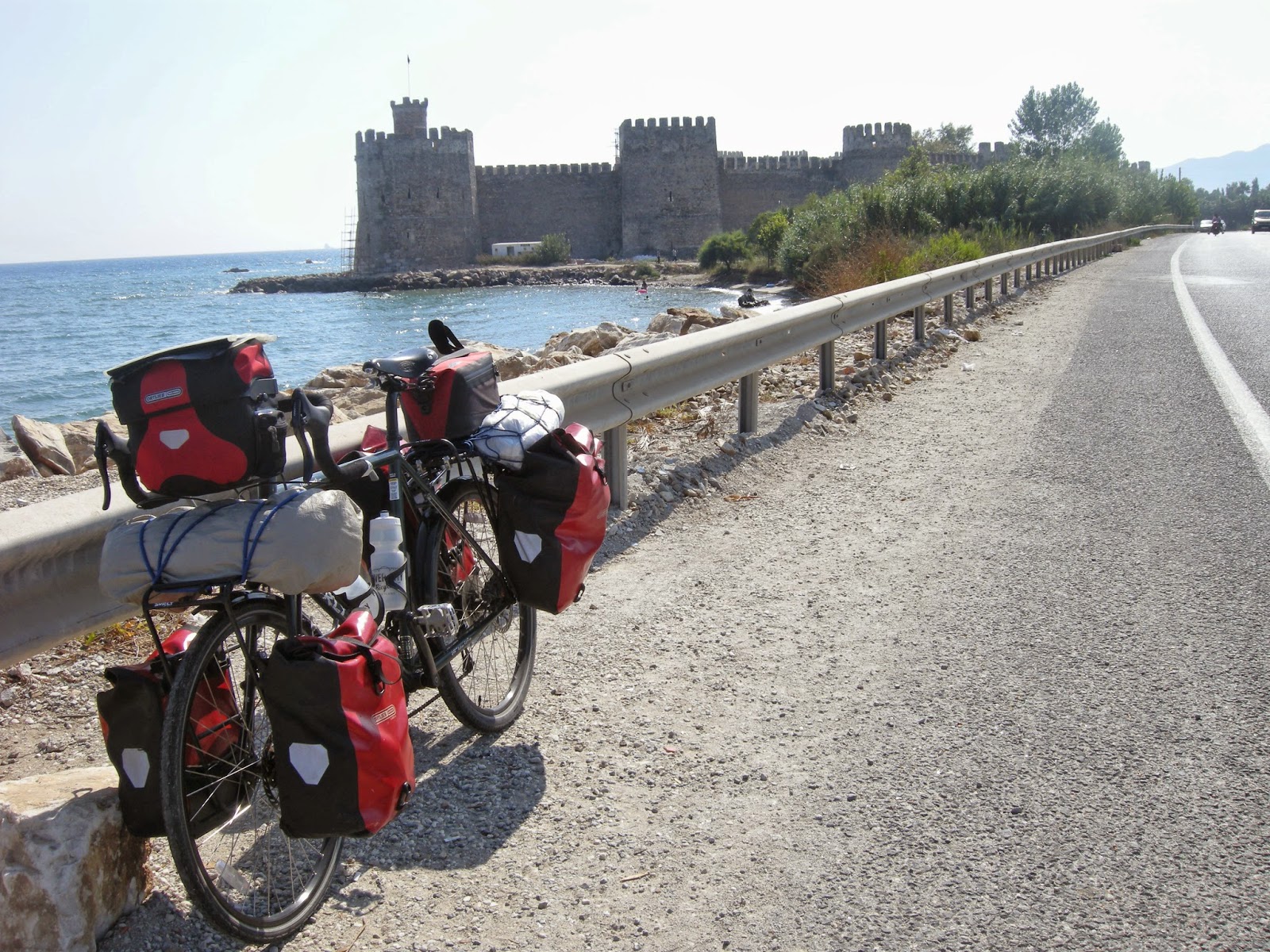 Mamure Castle (pictured above) was built in medieval times, however, it sits on top of the foundations and incorporates the building materials of previous fortresses that date back to the 3rd century AD. I was cycling toward the castle, and turned my bike around for this photo. I had had a long tough mountainous ride that day and was searching for a campground, which I found next to the castle. There, I was confronted by an unfriendly owner who asked me if I spoke German, to which I answered "No, sorry". He then told me my bike counted as a vehicle, and the charge to stay would be 20 Euros. I just got back on my bike and rode away. 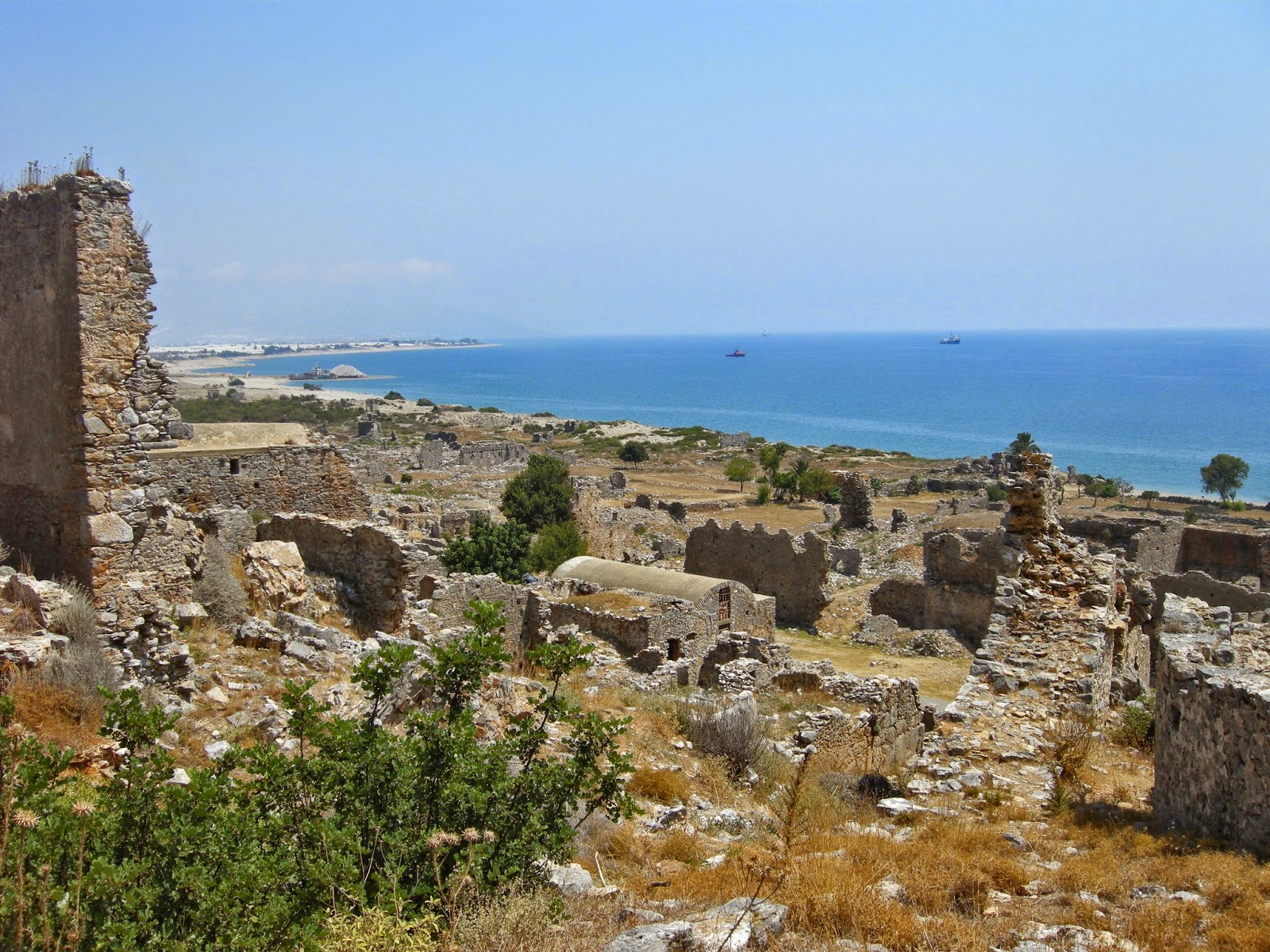 Anamur gets its name from the Greek word for 'wind', and it was the southern most city in Anatolia. 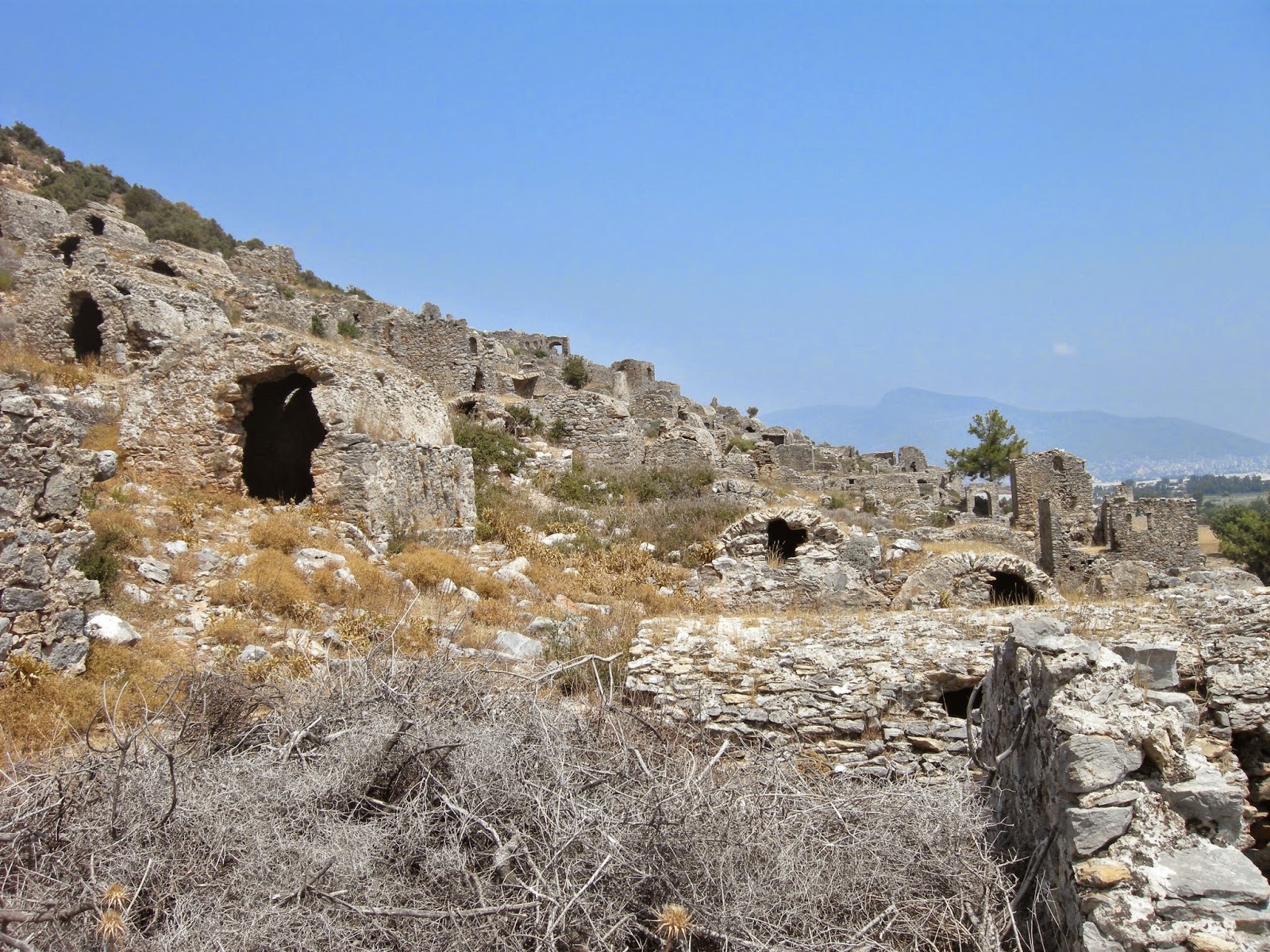 The necropolis is extensive, and the landscape between the upper and lower aqueducts is covered with ancient tombs (pictured above and below). 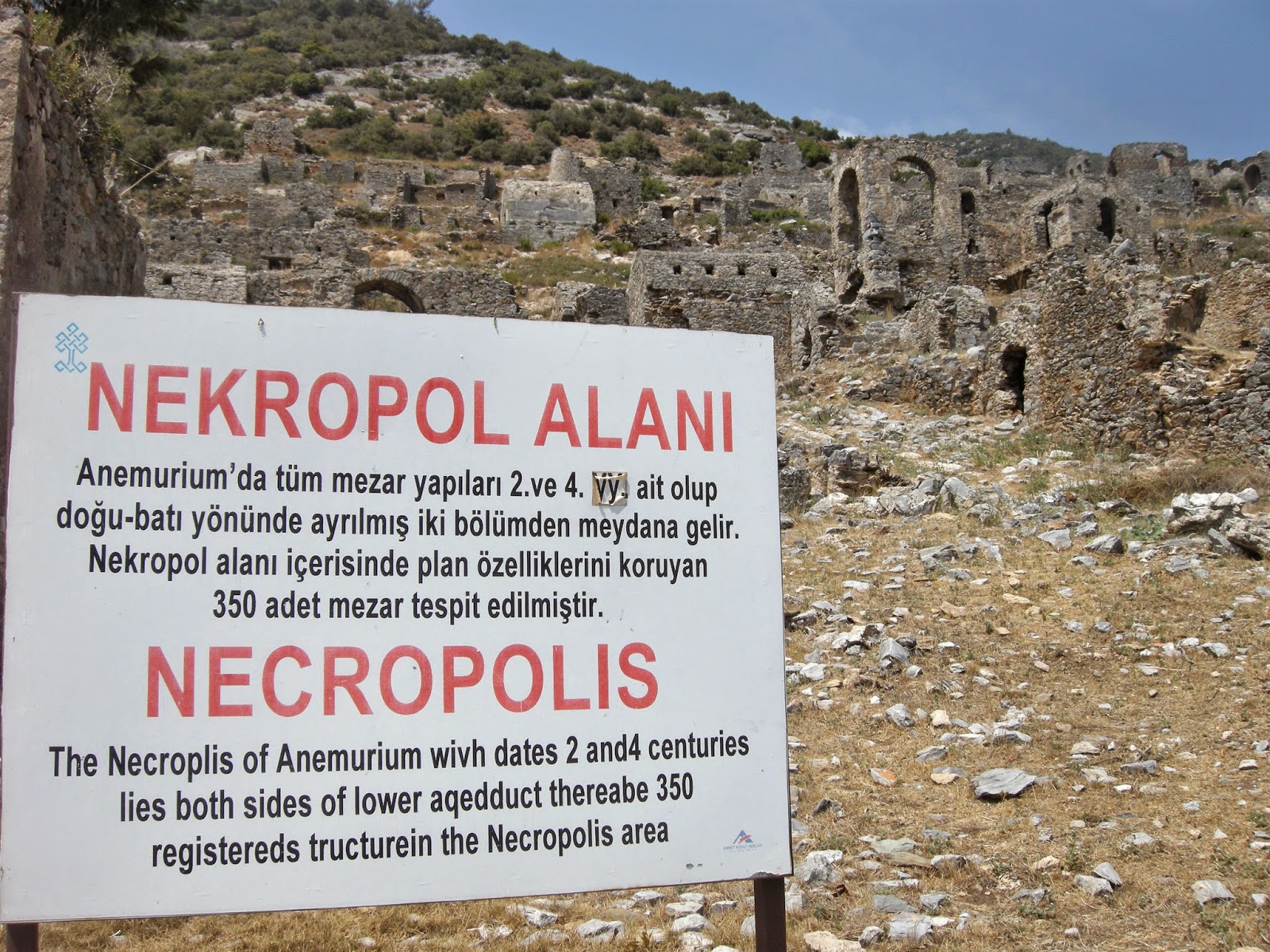 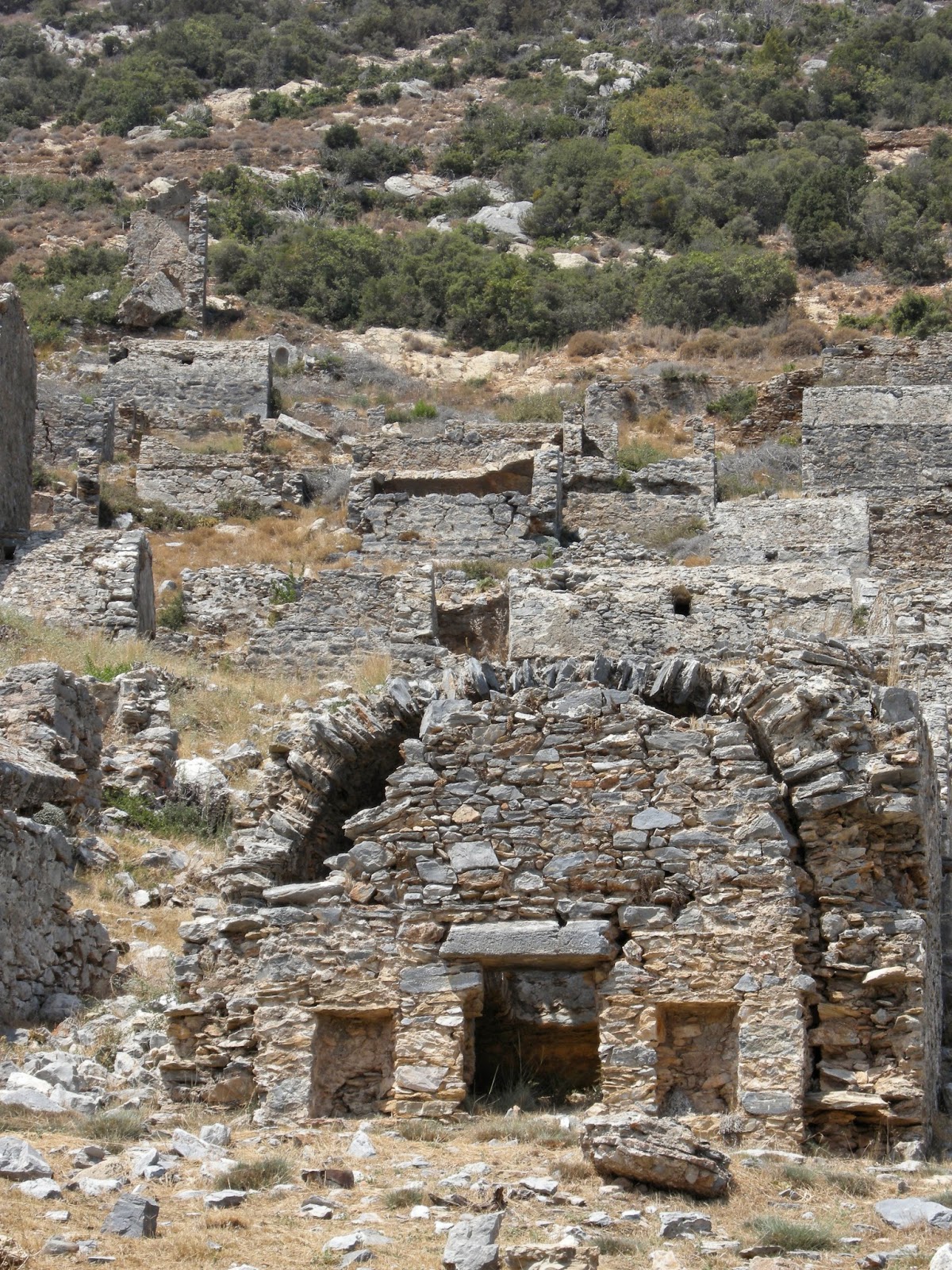 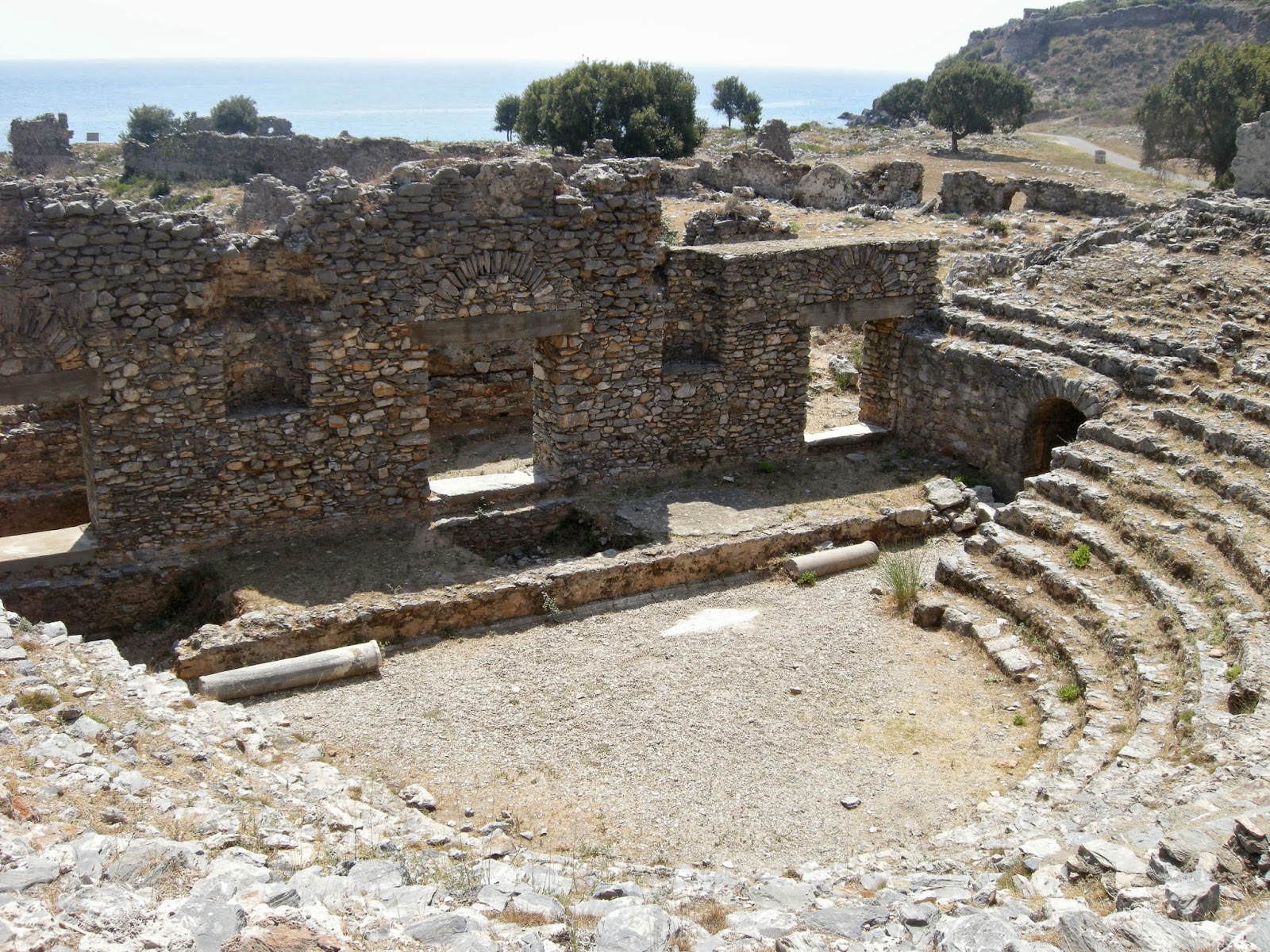 Though Anamurium is mentioned in ancient texts as far back as the 4C BC, the ruins on the site today date back to the late Roman, Byzantine and medieval periods. The rough limestone rubble from which the buildings of were constructed, was once covered with marble or stucco. The Odeum (pictured above and below) is a good state of preservation. 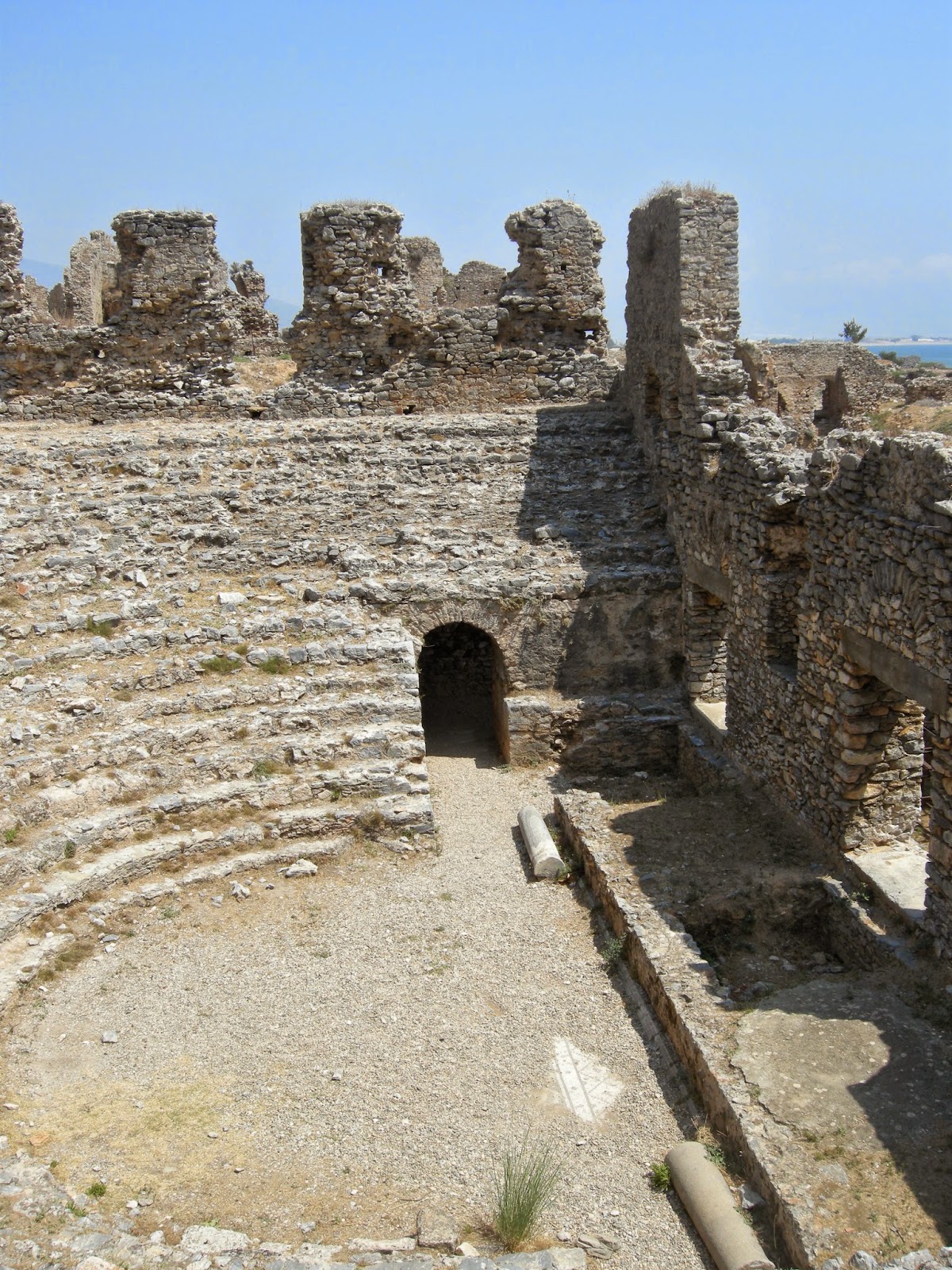 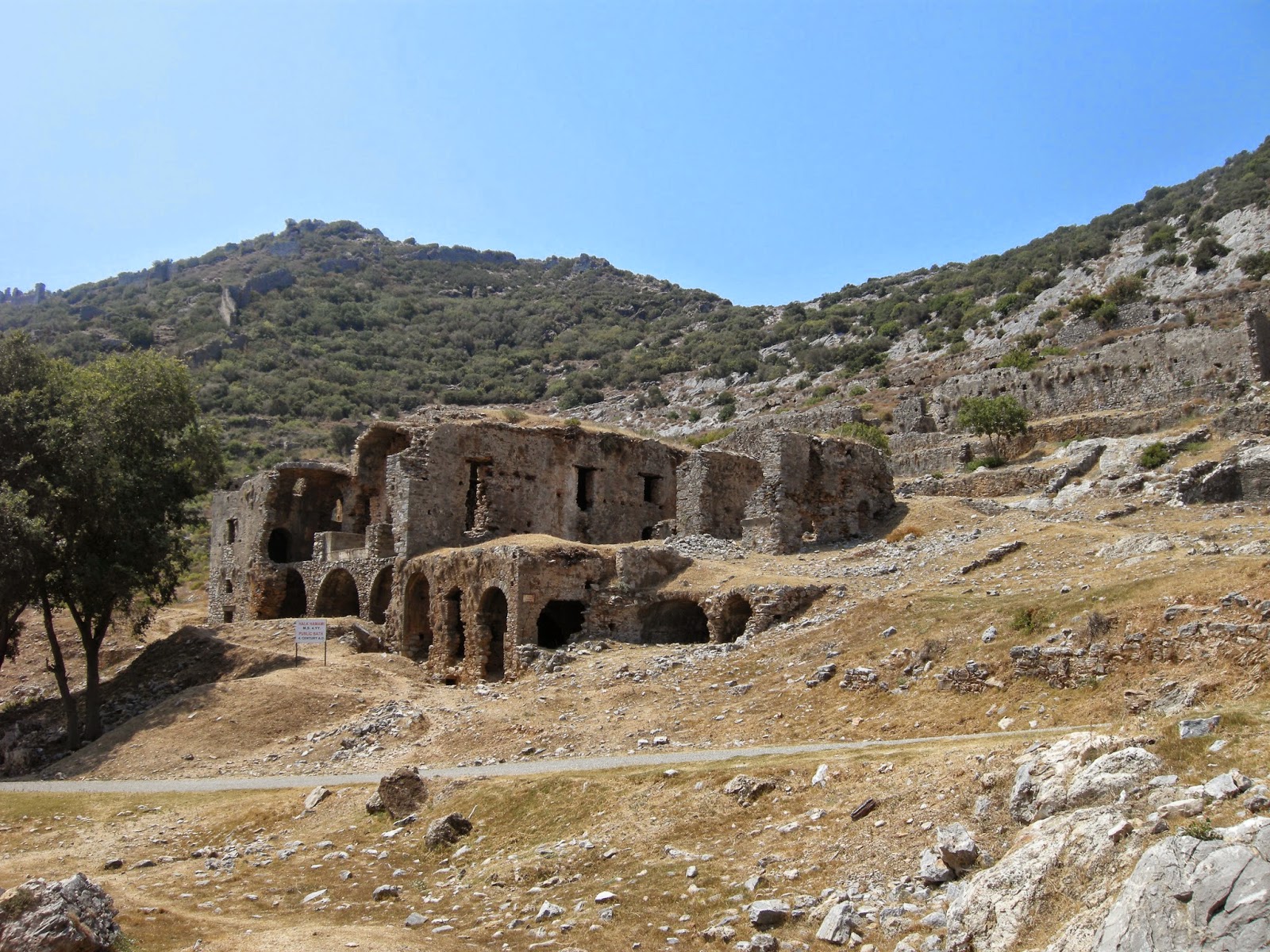 The bath complex (pictured above and below) dates back to the 3C AD. As one climbs the staircase between the bath and the palaestra, which is the training area for wrestlers and boxers (pictured below), the bustle of the city seems not so far past. The entrance to the bath has an inscription that reads, "Have a good bath", while the exit reads,"You have had a good bath". 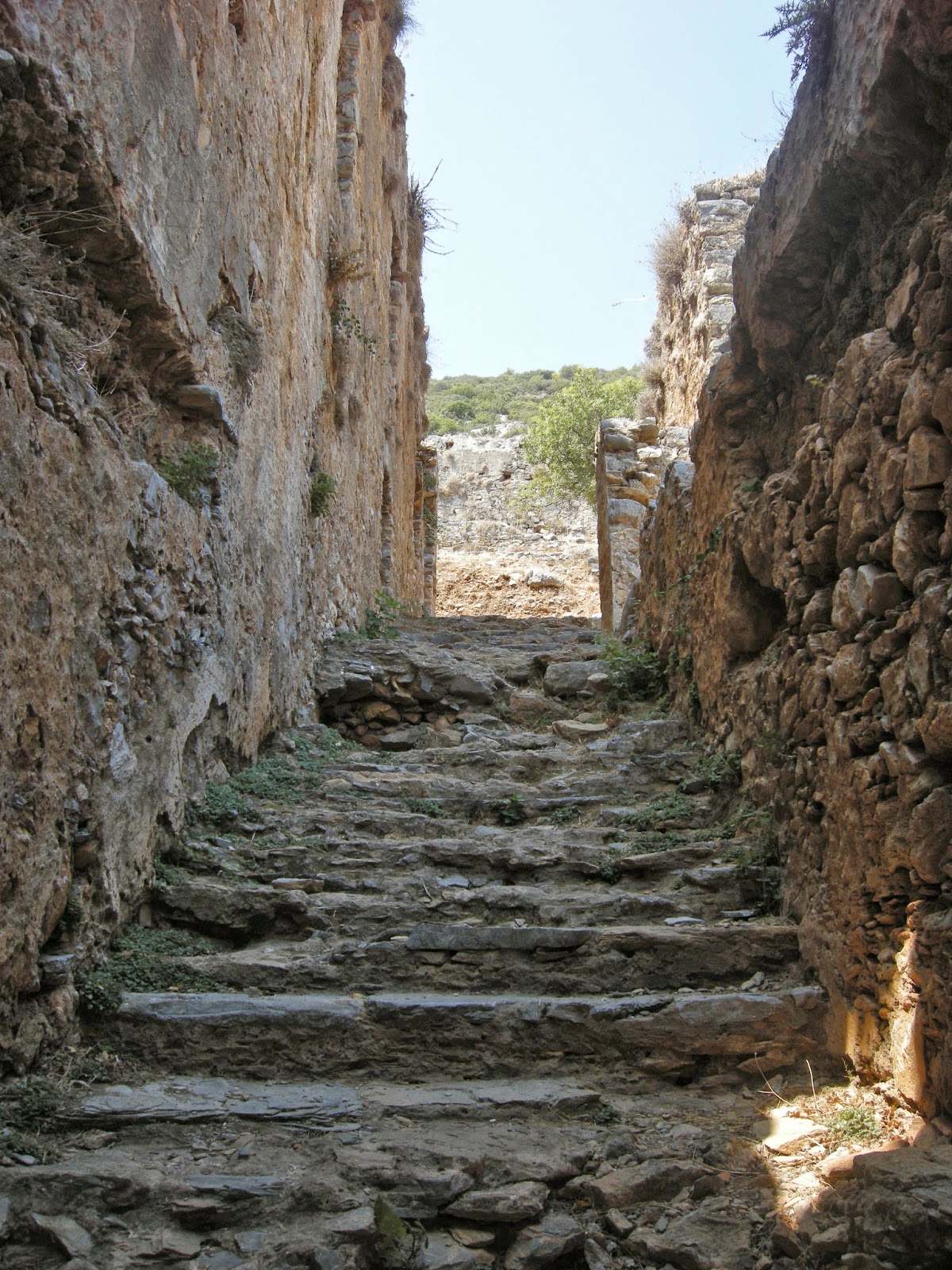 In one of the rooms of the bath, this modern graffiti was painted on a stone in the middle of the room, and the myths of some ancients is kept alive. 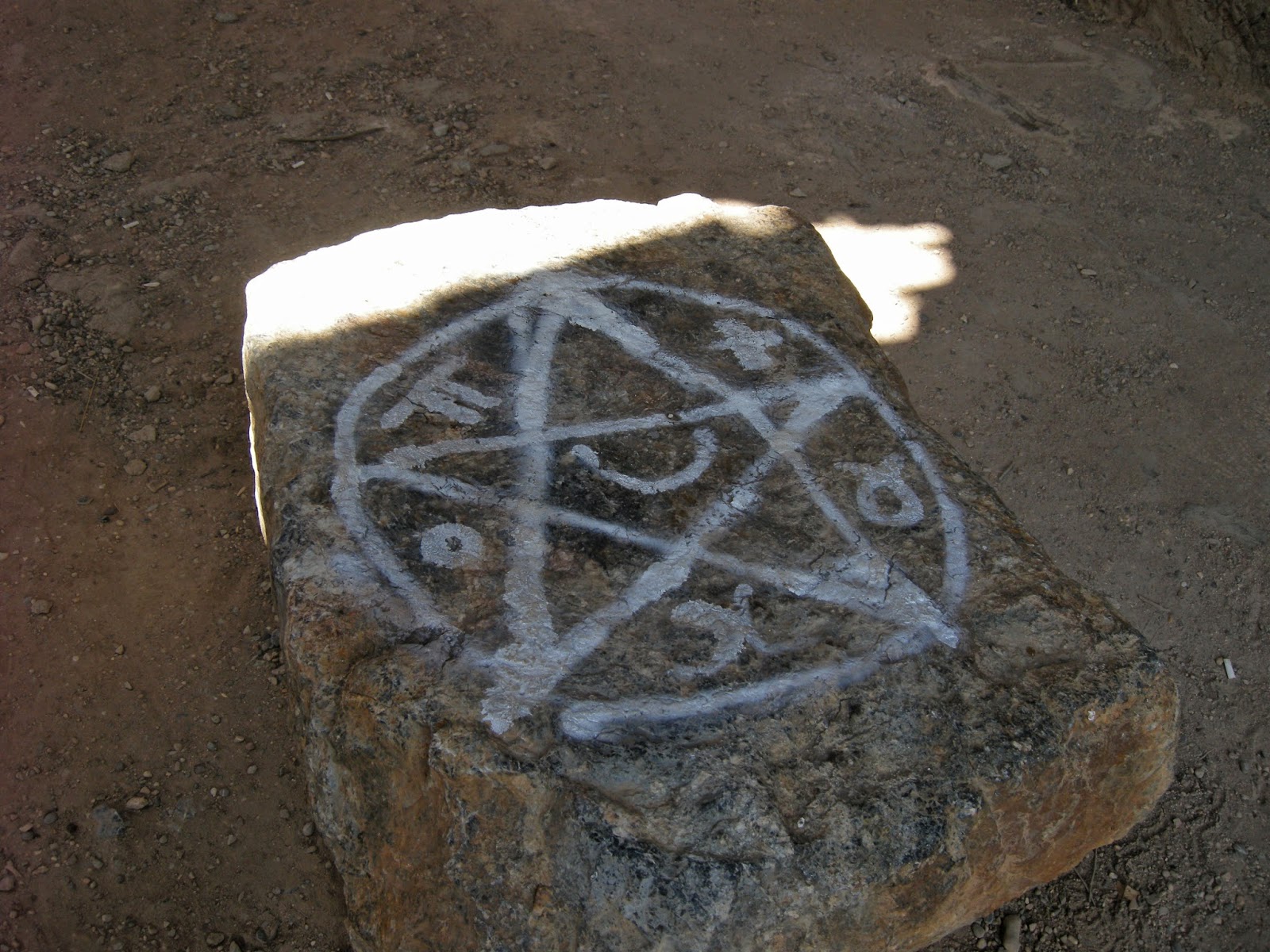 Byzantine and medieval period church buildings stand the test of weather and time (pictured below). 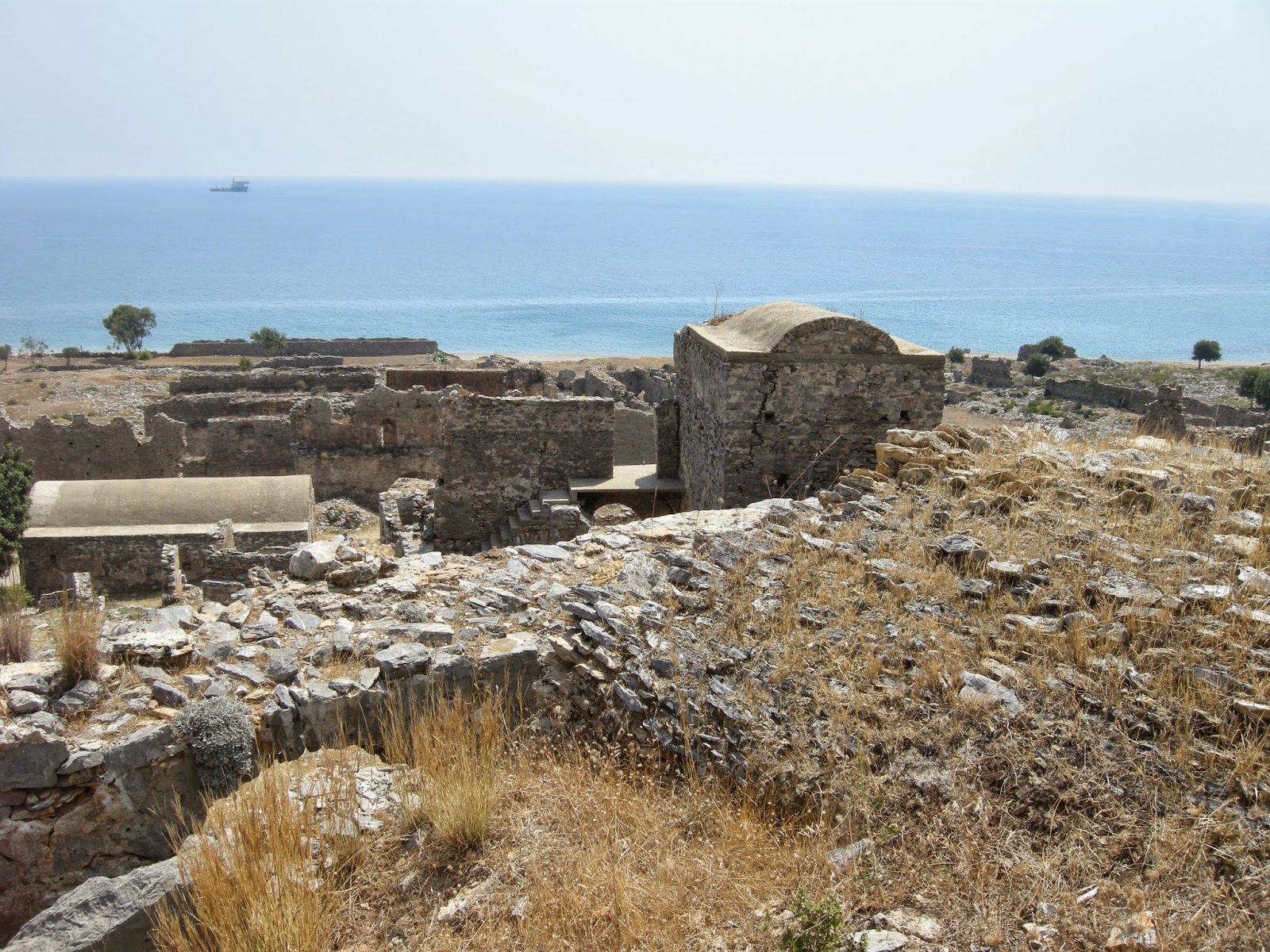 The city walls climb the hills surrounding the city.  On a clear day, one can see Cyprus from the citadel. 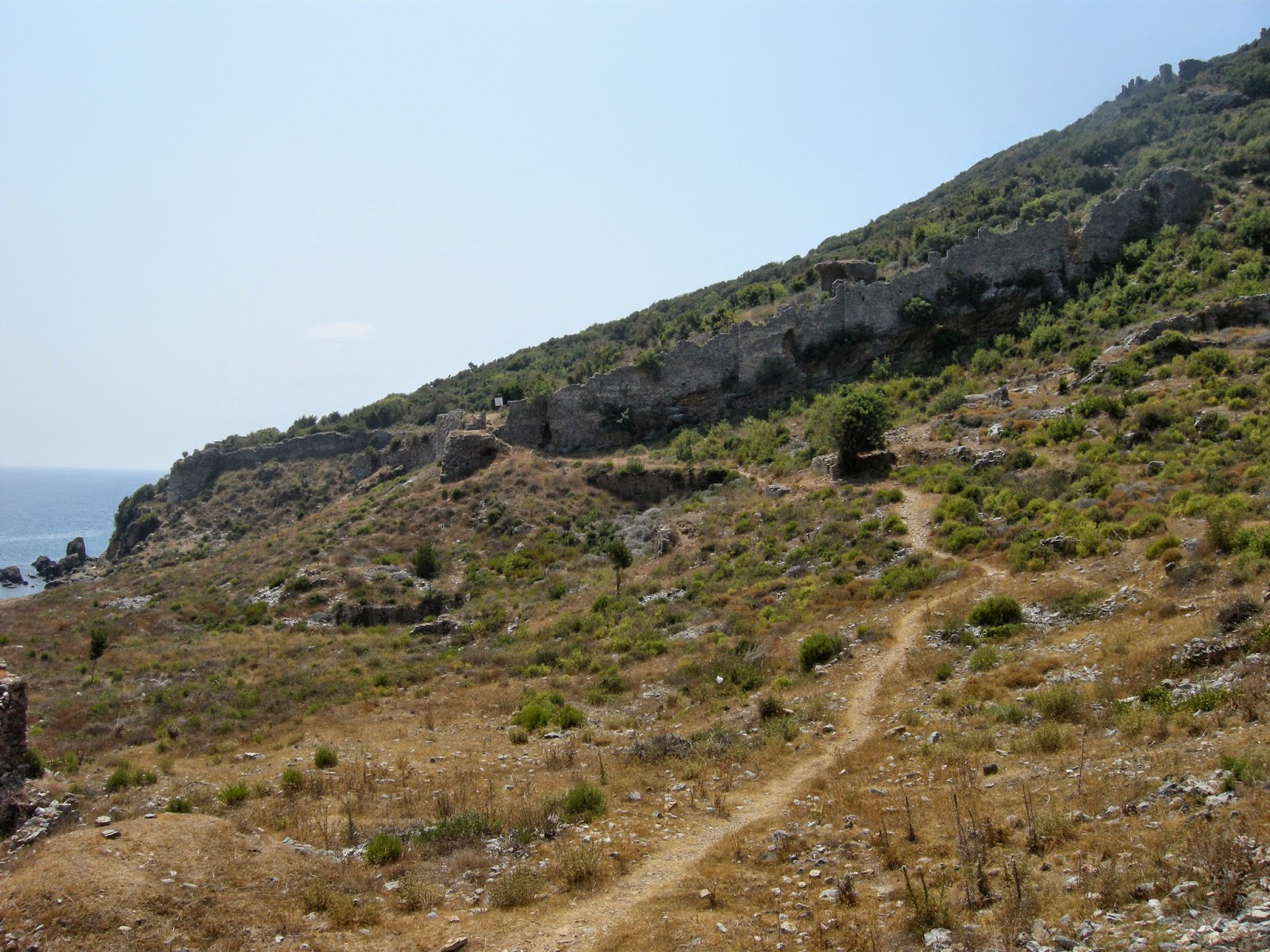 Anamurium attracted many settlers as it was near to Cyprus, contained a large fertile plain to the east, was guarded from the southwesterly winds, and lay on a beautiful part of the coast. From ancient Anamurium, I would spend the next two hours cycling up, up and up the mountains that block the road to the west, and then brake down into the flat plains that lead to ancient Selinus. 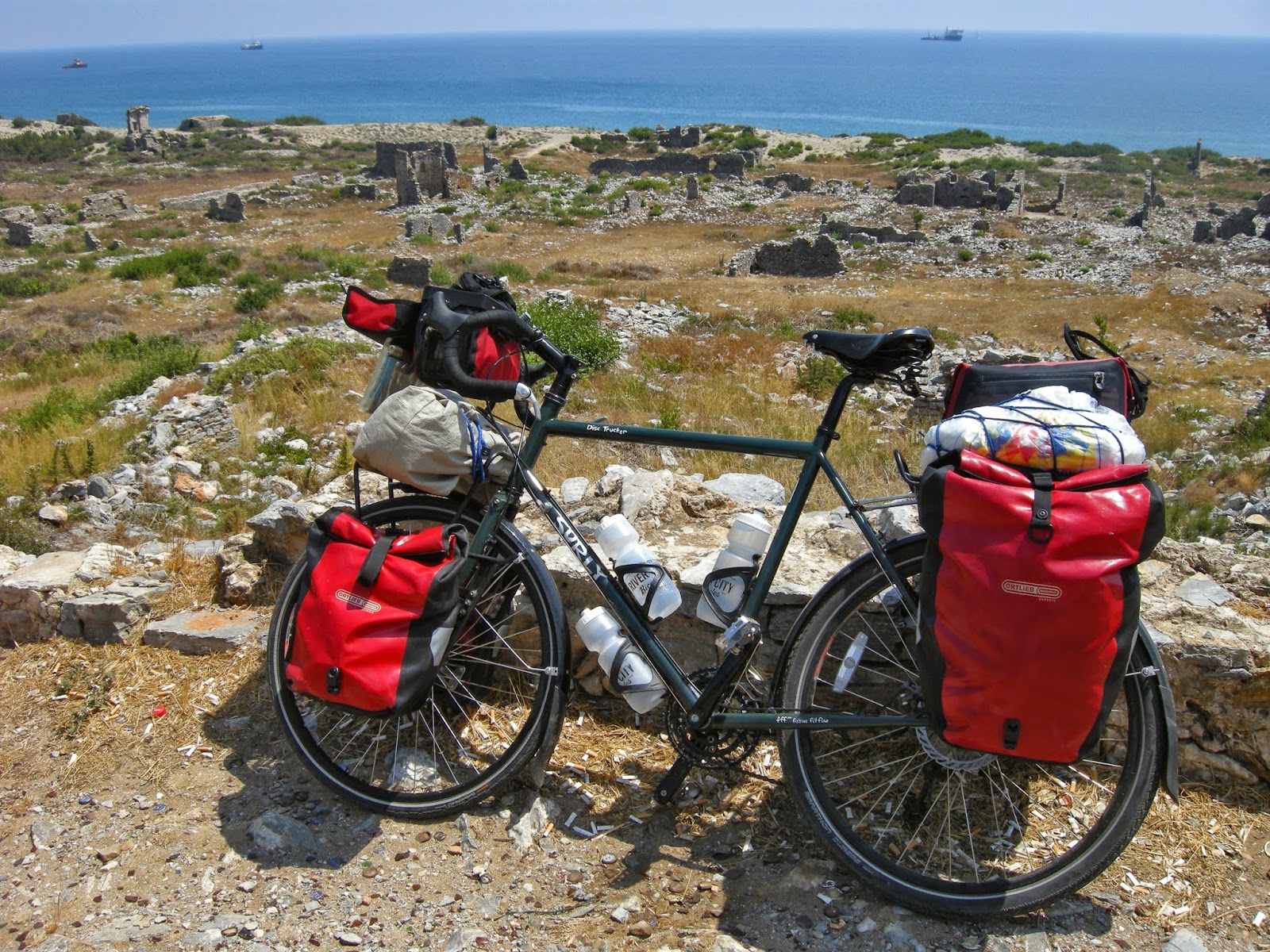 Posted by BIKE CLASSICAL at 2:36 AM