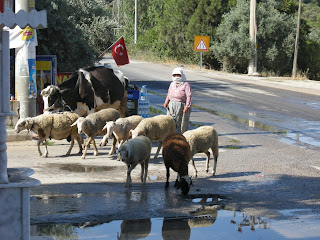 After cycling about 1200 km between Malatya and Manavgat, Turkey, I ended my short five week 2014 cycling season at ancient Side, from which I would begin my longer ten week cycling season in 2015.  The first ancient city I marked on my map was Selge (ancient name, Estlegiys, Anatolian in origin), which is situated 60 km north of the coast, high up in the Taurus mountains along the river Koprulu Cayi, and which takes one through the beautiful canyon of the same name.  There are two roads that leave the coastal highway into the mountains, and I decided to take the one least traveled, which is the same road that runs right past ancient Aspendus (ancient name, Estwediiys, also Anatolian in origin), crosses the lower Koprulu dam and takes a much more relaxed route to the main road that leads to the village of Zerk, the canyon, and the ancient Roman bridge that is still used to reach Selge. 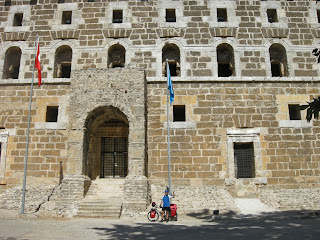 I first visited Aspendus in 2005 with my then girlfriend Aruha, so, this time around I just snapped a few photos of the Roman Theater, the city with its very large legal/governing building protruding from the lower acropolis and the aqueduct that once fed this ancient city. 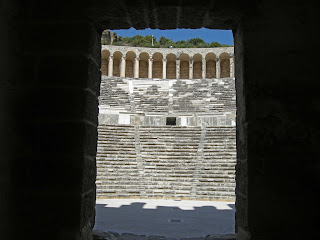 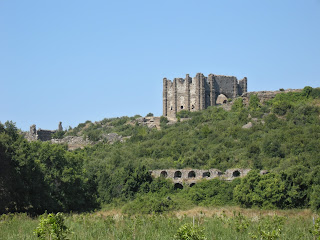 Above, the massive buttressed two meter thick walls of the legal affairs building, where once stood in a niche the statue of Hadrian that can be seen in the Archeological Museum in Antalya, and is pictured below. 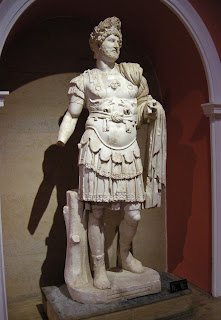 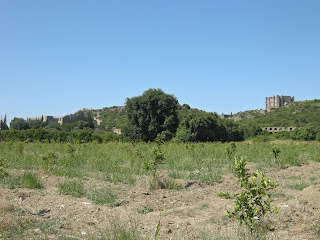 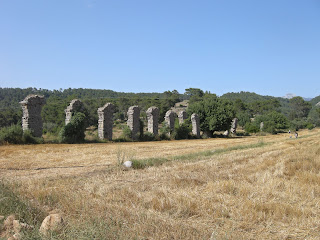 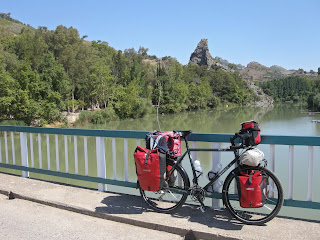 Not far from Aspendus, about 4 km up the Koprulu Cayi, is a small dam which is the last place to cross the river in order to go to Zerk.  Heading into the Taurus mountains of Antalya and Isparta transports a visitor to a past seldom seen along the main roads of Turkey, other than in the far east perhaps.  Eighty year old houses incorporating two-hundred year old and older technology and traditions are fascinating to lovers of history. 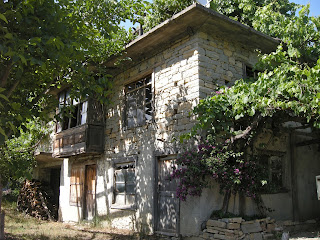 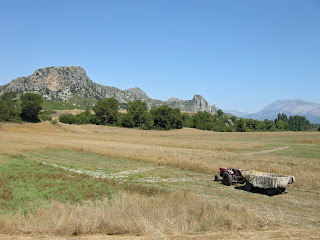 The climate changes measurably as you climb higher and higher, as do the crops, the weather patterns, and views.  This was a more spectacular start to my cycling season than I had imagined when I was camped in my room back in Malatya looking at satellite views of the roads . . . , but I did have a sense that this was going to be a special beginning to my tour of 2015. 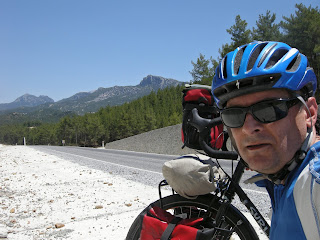 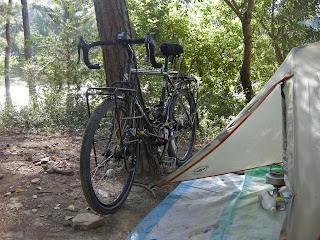 After cycling about 50 km up into the mountains and Koprulu Cayi Canyon, where the Roman bridge crosses the river, and which is 10 km below the plateau that Selge sits on, I set-up camp above the rapids.  The next day I would make my way up to Selge, and then, back to the camp in the late afternoon.  I ended up staying an extra day at this beautiful free campsite. 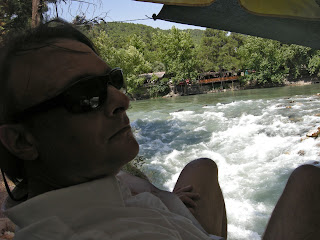 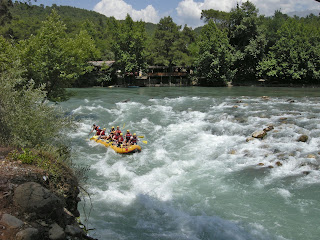 Posted by BIKE CLASSICAL at 3:47 AM