Patara: City on the Beach 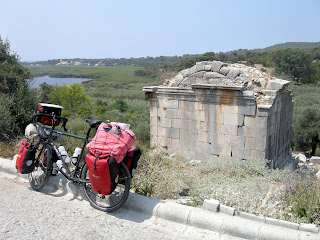 Guarding the opposite end of the beach from Pydnee some ten kilometers or so away is the ancient city of Patara.  I first visited Patara with a local tour out of Kas in 2005, which also included Xanthus and Saklikent Gorge. 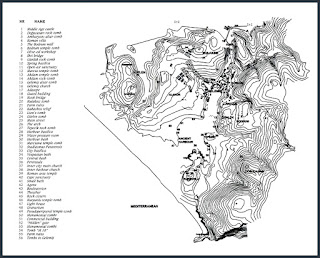 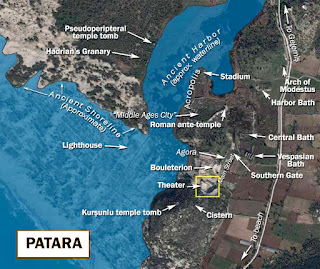 My main reason for revisiting the site on this day was to renew my museum card, which gives access to sites and museums within Turkey, and for $15, it is a great deal.  Pictured below, the well preserved Temple Tomb just outside the site entrance. 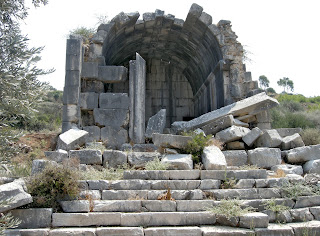 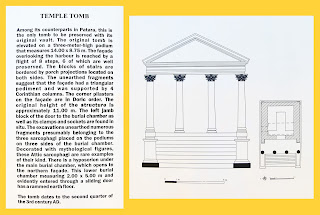 Unfortunately, all of my photos from my 2005 Patara visit are all in storage back in Oregon, and further, they all need to be scanned as they are all on film.  I will add that project to list of projects, and will eventually update various posts with those photos.  Until then, this post will remain short and not so sweet.  That said, I will make a plan to revisit the city under Sail Classical some time in the future, as there have been some newly discovered monuments, including the Bouleuterion. 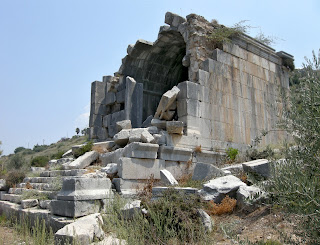 This magnificent Temple Tomb (pictured above) dates from the 3C AD, and had four Corinthian columns along its front that supported a triangular pediment.  As stated in the information, it is the only temple tomb at Patara that still has its vaulted chamber intact.  Pictured below, my cycle rests on the curb behind one of the several exedra tombs that can be found at Patara. 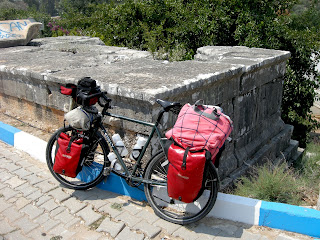 Erected during the 2-3C AD, the sarcophagi rise above a podium on a U-shaped right-angled platform that utilizes very fine-cut stonework.  The ancient road leading to the city center would most likely have been beneath the current road, and would have passed in front of these various tombs. 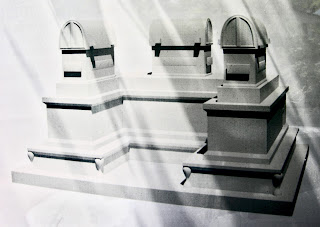 Pictured below, as full of a shot that I could get of the front of this Exedra Tomb, as the hill dropped off sharply at the point where I was standing.  Please revisit this post in the future after I've had the chance to add additional photos and information. 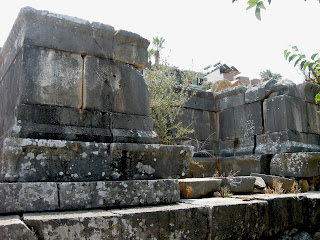 Posted by BIKE CLASSICAL at 6:51 AM