Imbriogon: Hell and the Mausoleums 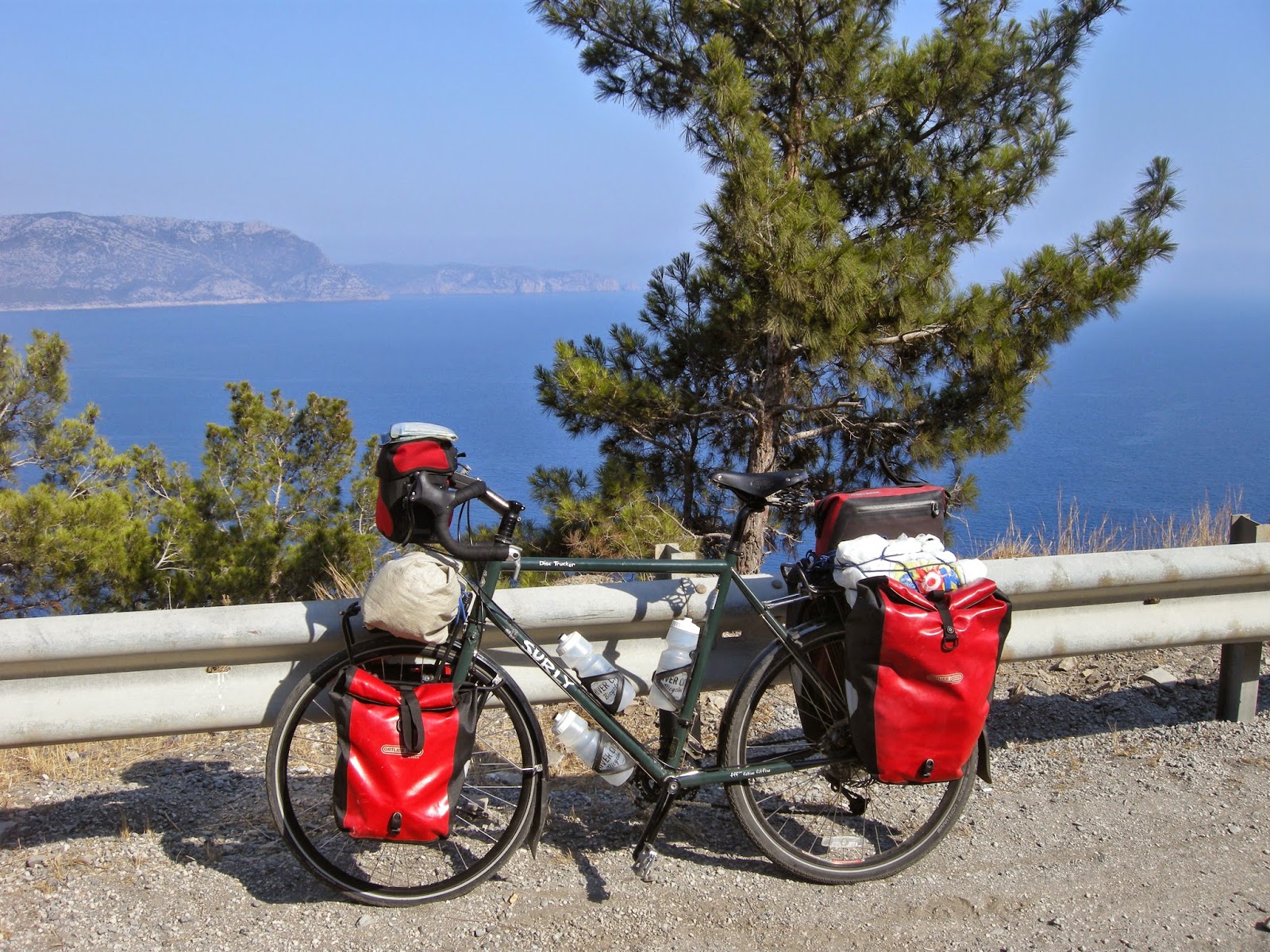 Cehennem ('Hell') is just off the main road some ten kilometers east of Silifke.  If you wish to descend into 'Hell', well, this is probably one of the most scenic places to do so. 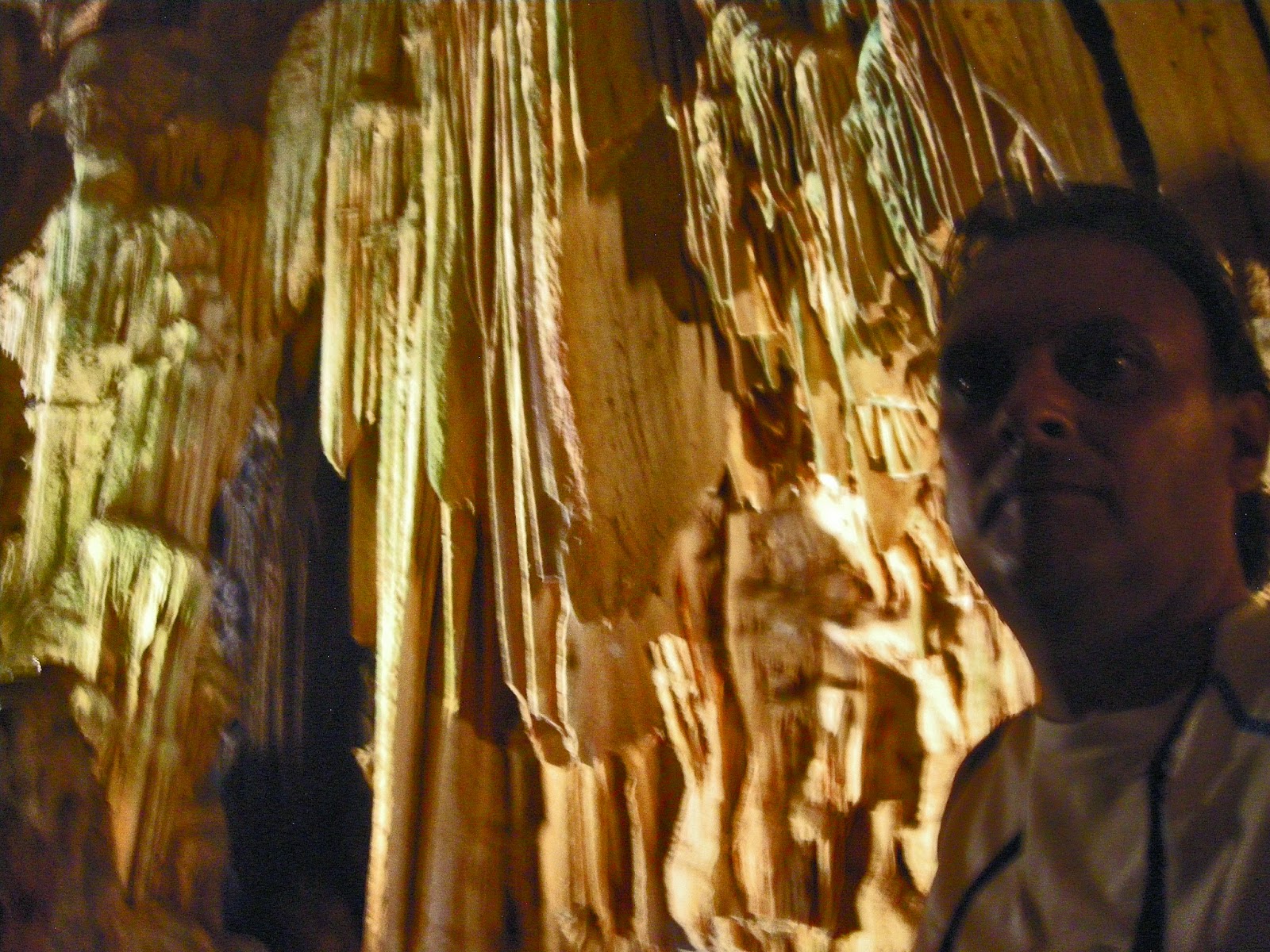 Though I am not in Turkey to build on the caving skills gained as a young lad under my father's tutelage, I did wish to see what 'Hell' was like.  A tight spiral staircase carried patrons both up and down the narrow round shaft into 'Hell' (pictured above) . . . , it was much colder than I thought 'Hell' would be.  While, just up the road from 'Hell' is the 'Cave of Wishes' (pictured below), which is also part of the Corycian Cave group. 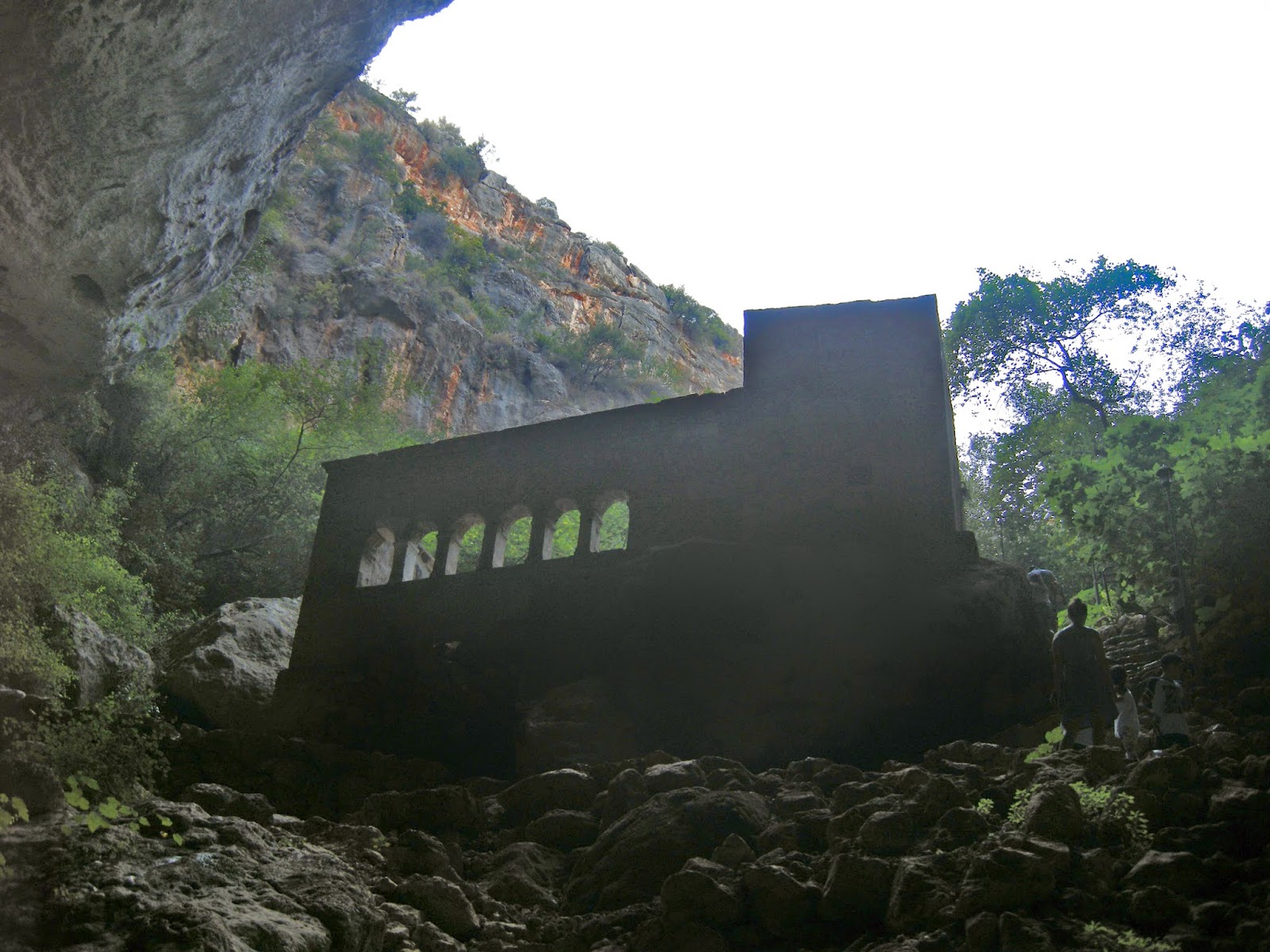 Along the route to the 120 meter deep sinkage, a Byzantine era church/monastery guards the entrance into the depths; the photo below was taken from about the 50 meter point, and looking down into the abyss was truly astonishing. 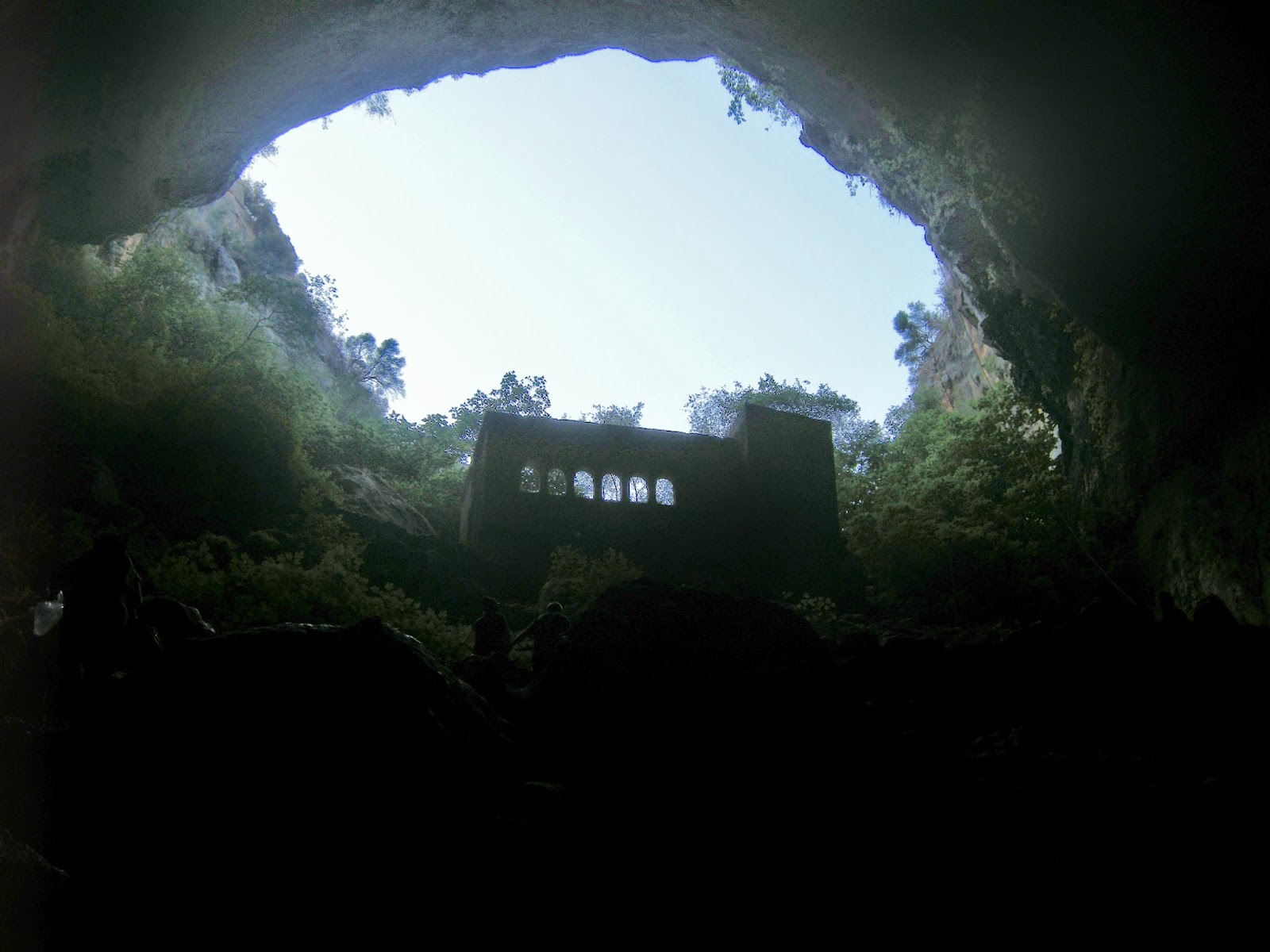 Just across the road from the entrance to the 'Cave of Wishes' sits the 3rd or 2nd century BC Temple of Zeus Corycius (pictured below). 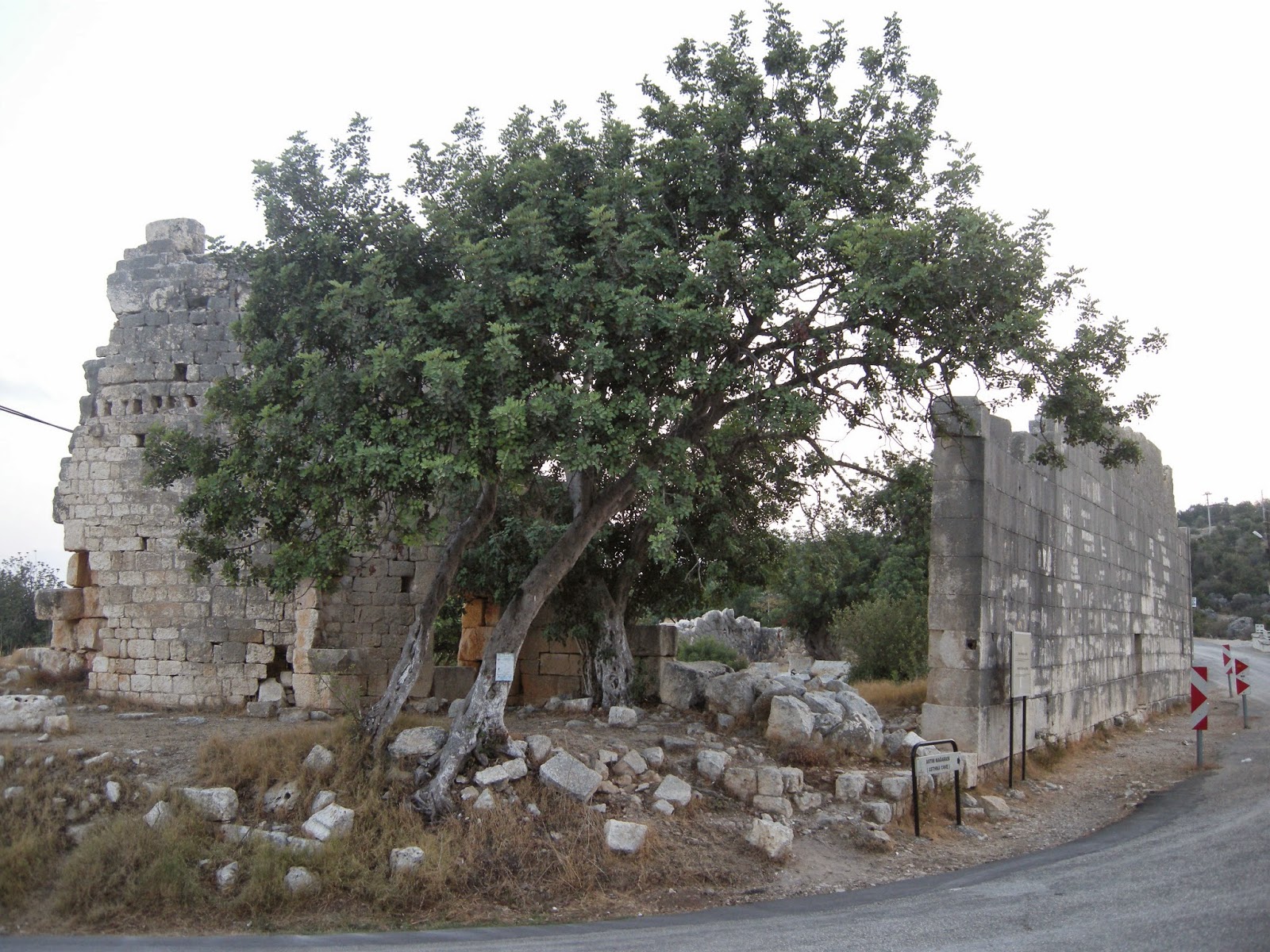 Pictured below, I am standing inside the Temple of Zeus Corycius, which was corried and transformed into a Byzantine church; notice the round apse at the head of the building. 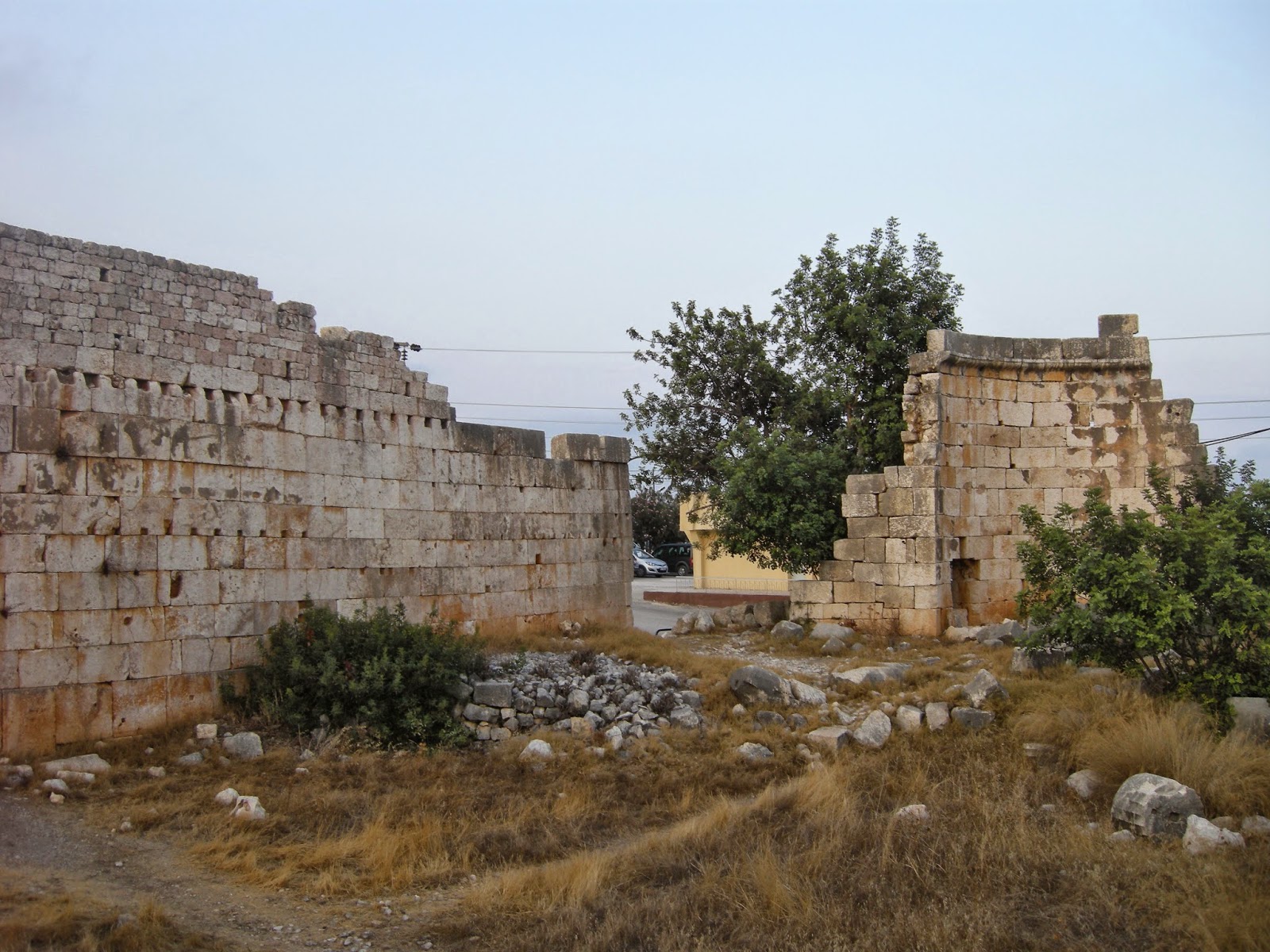 Exploring behind the Temple of Zeus Corycius I came across a rare find, an extremely well preserved 'Lesbian' Polygonal wall that dates from the Hellenistic period (pictured below). 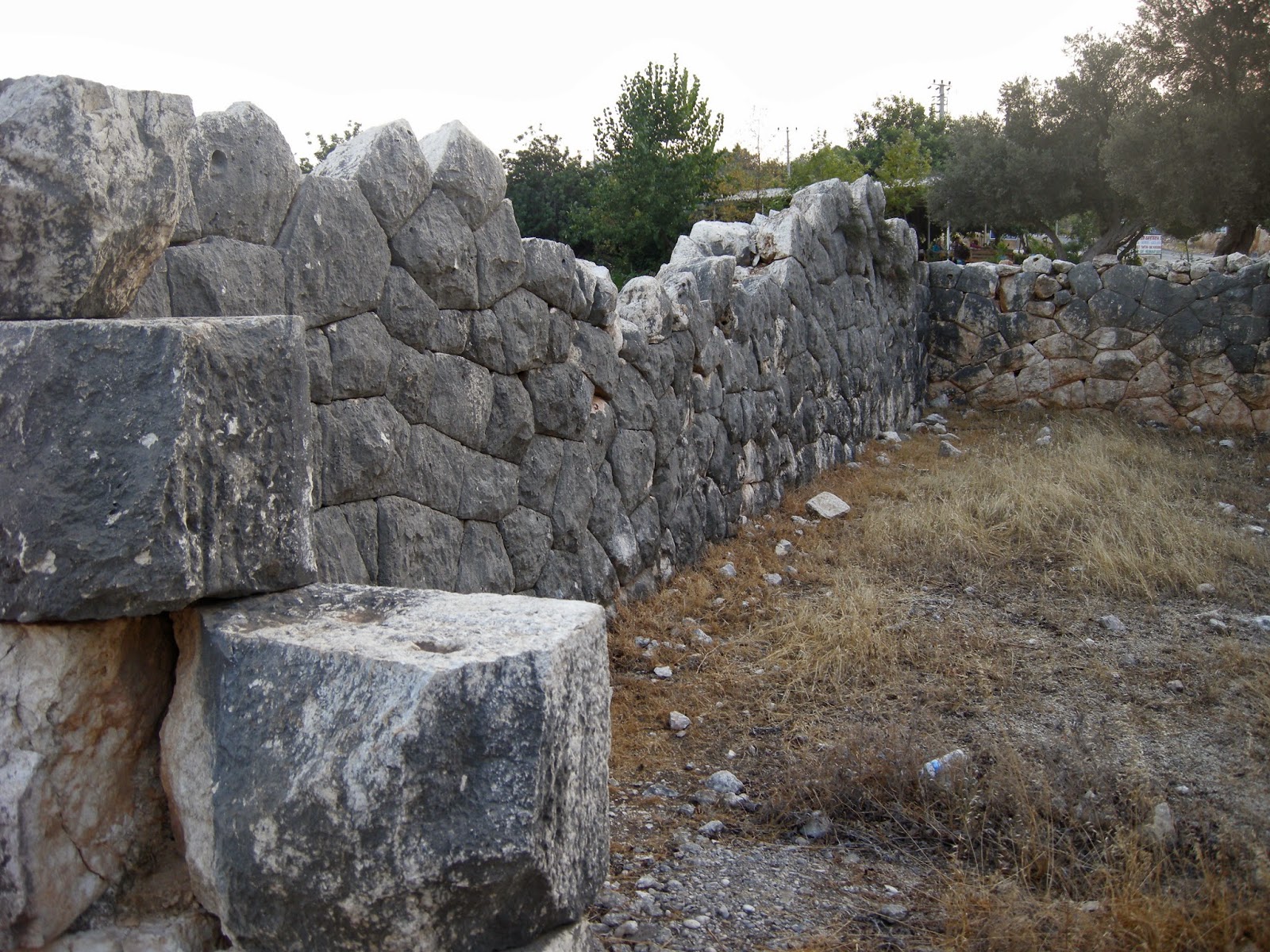 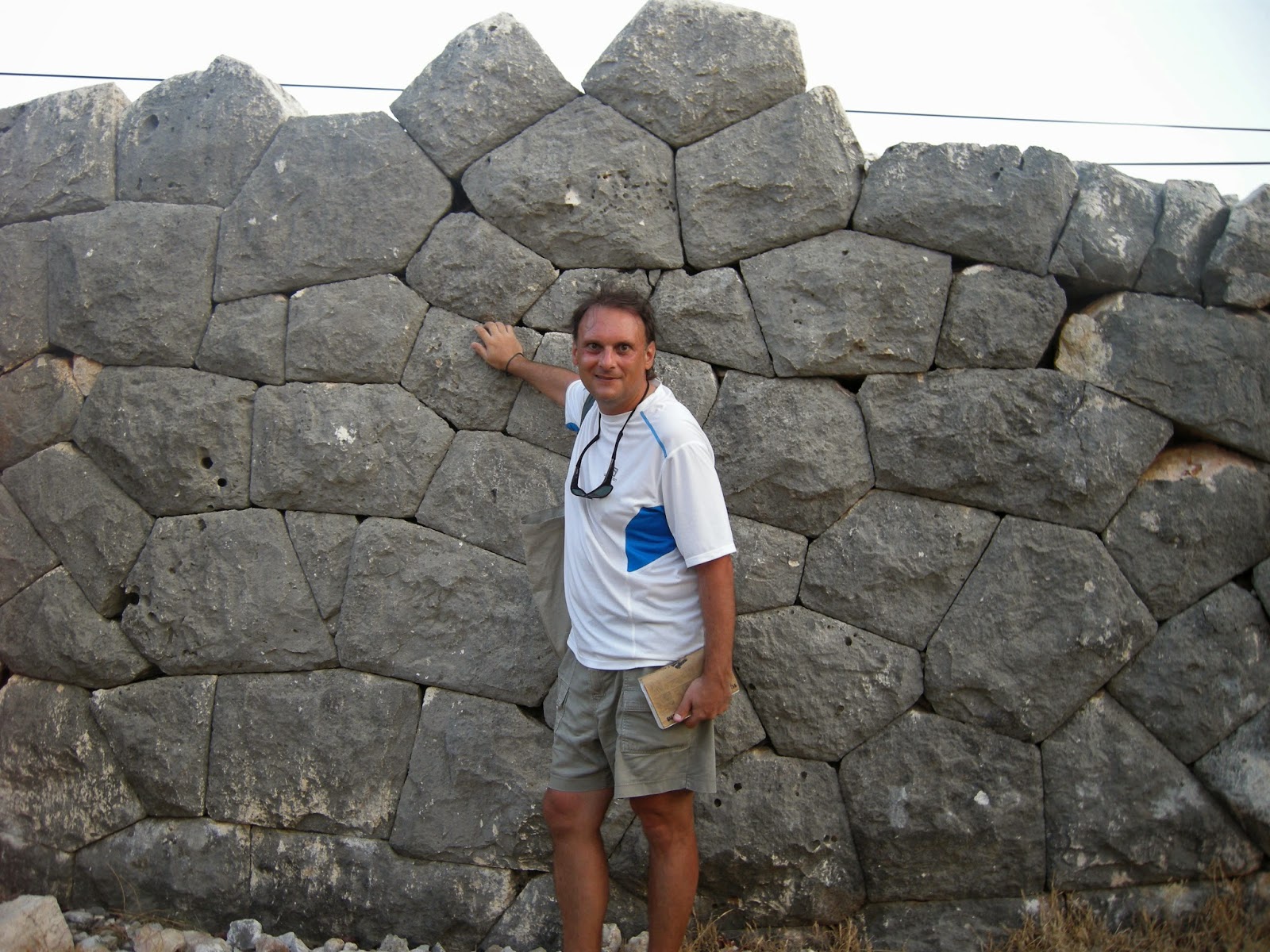 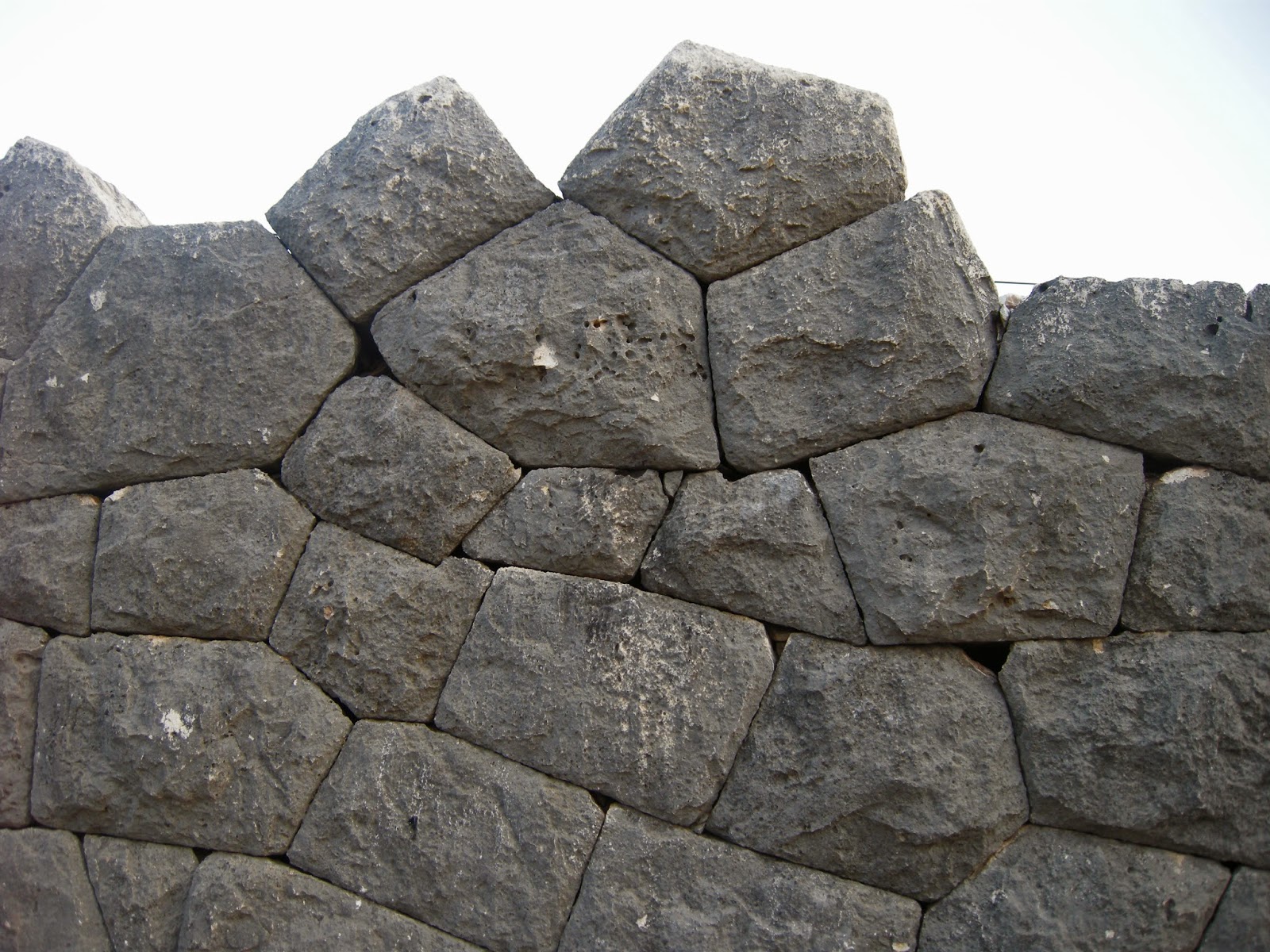 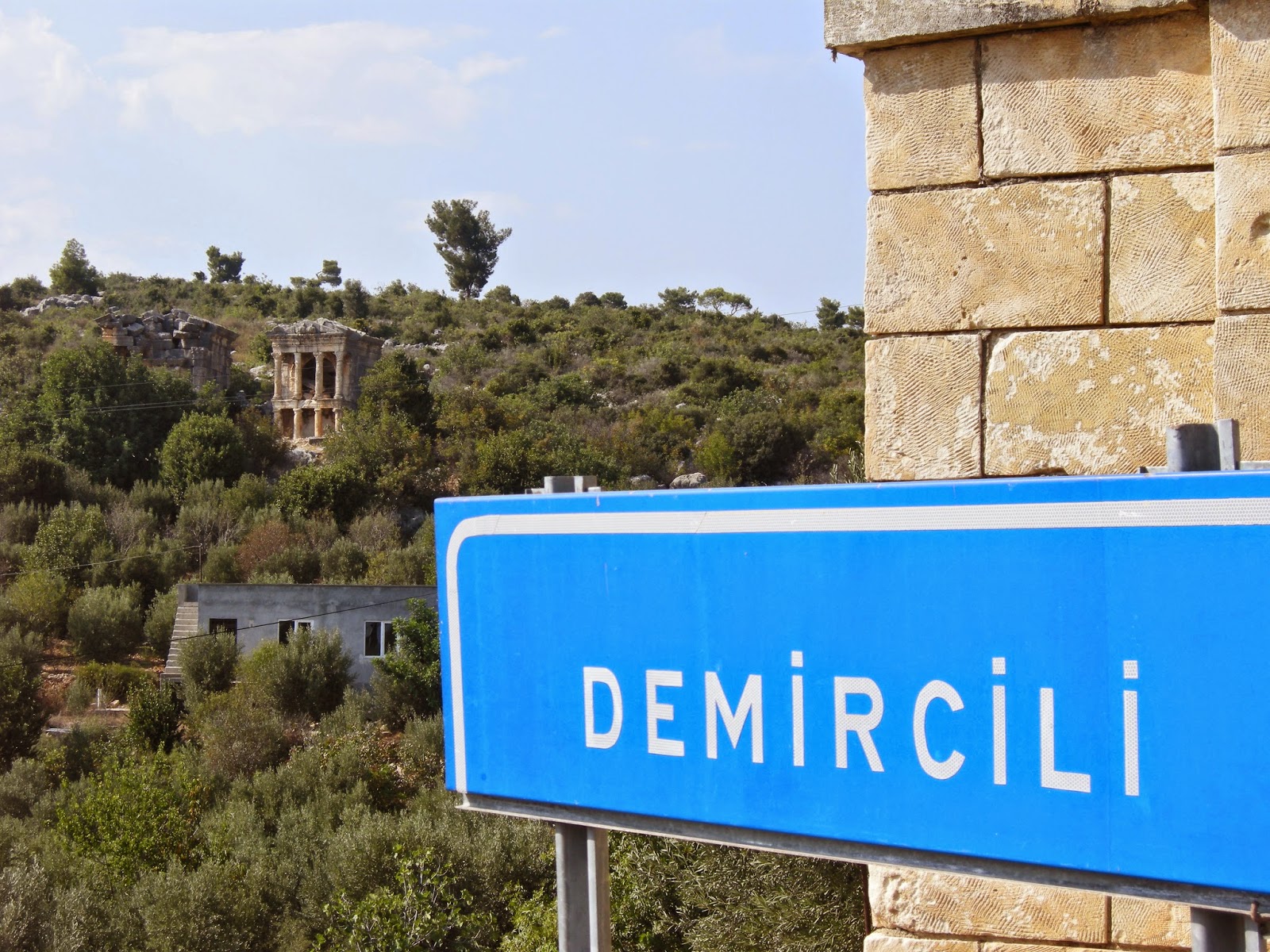 The village of Demircili is built over ancient Imbriogon, which today still displays the magnificent mausoleums built for rich citizenry of the 1st centuries AD. 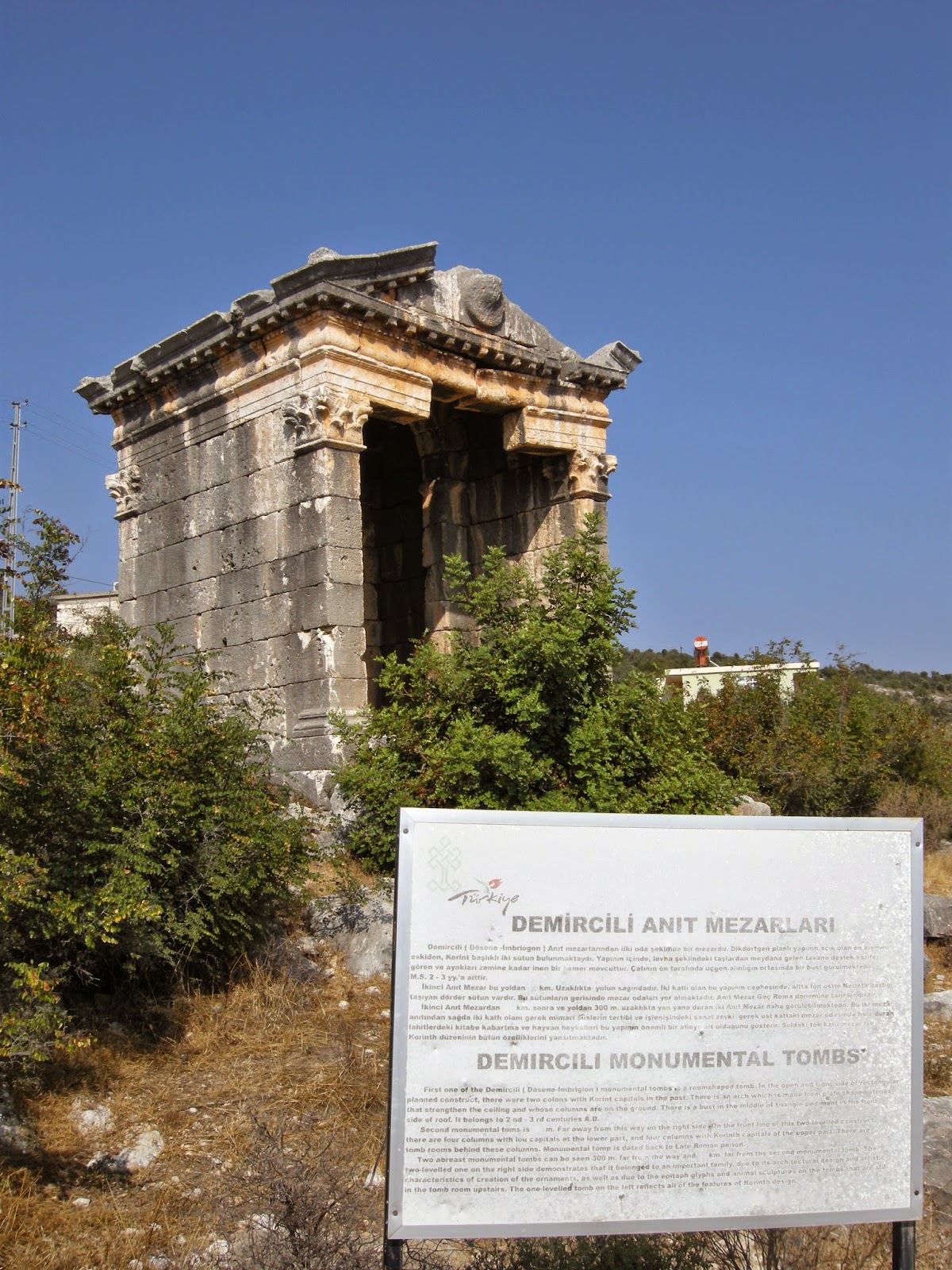 The lower mausoleum is missing the two central columns, and the architrave has collapsed. 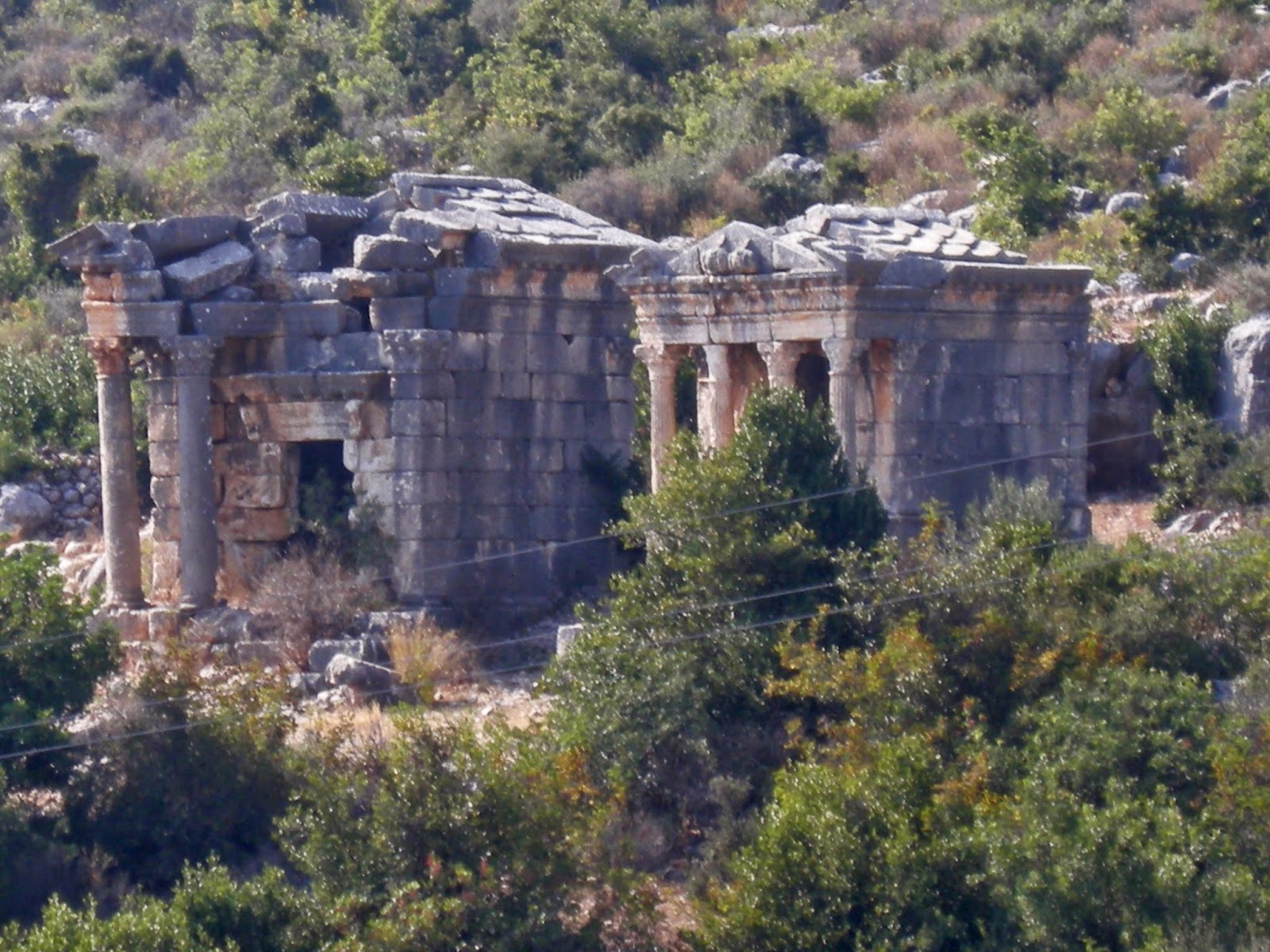 The mausoleums (pictured above and below) are 500 meters up the road from the lower mausoleum.  The tomb on the left measures 5m x 6m x 6m, and was fronted with beautifully ornamented Corinthian columns, of which two remain.  The tomb on the right measures 4m x 4m x 7.5m, and is decorated with columns of both the Ionic order (lower level) and the Corinthian order with fluted columns (upper level). 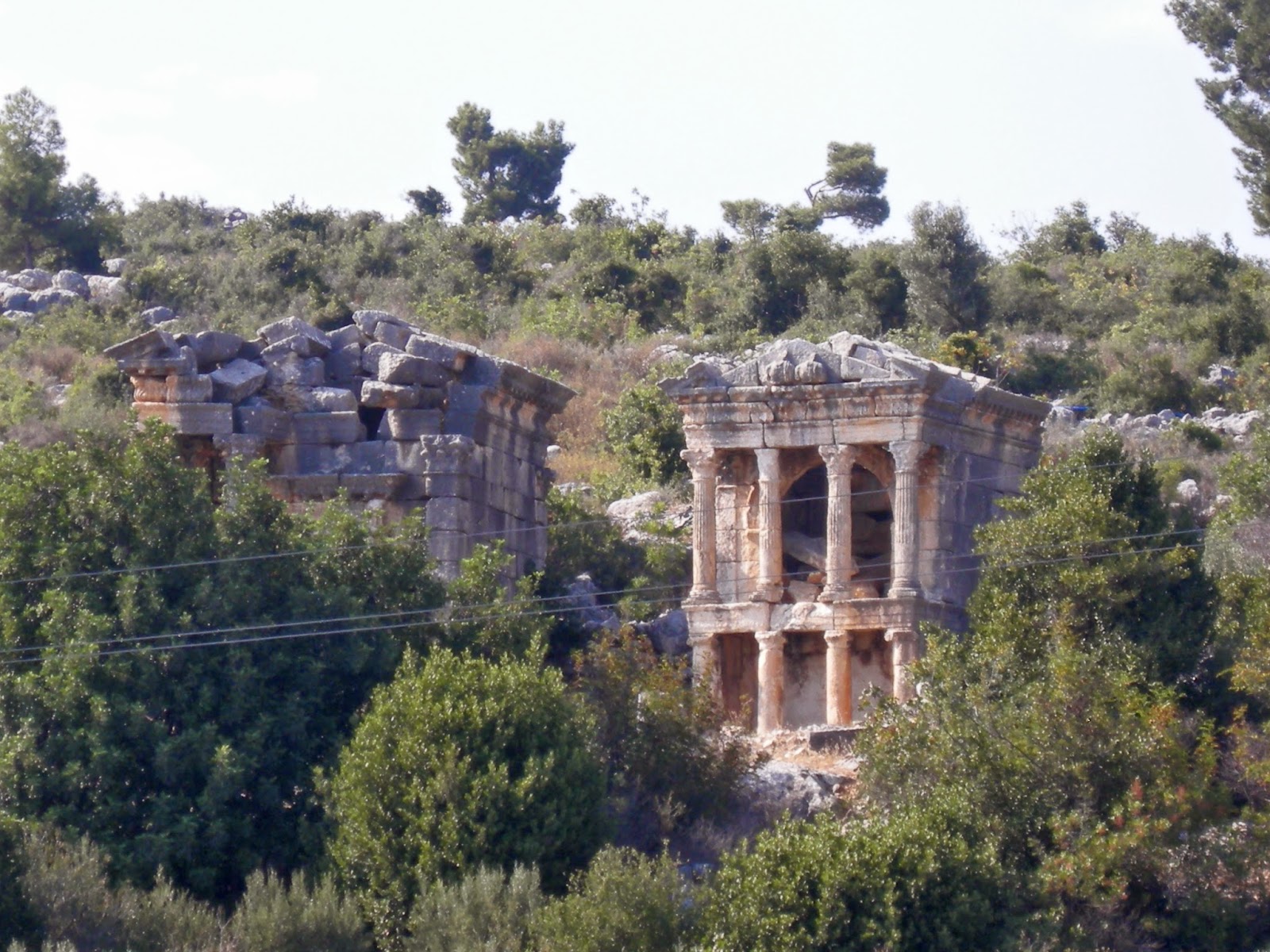 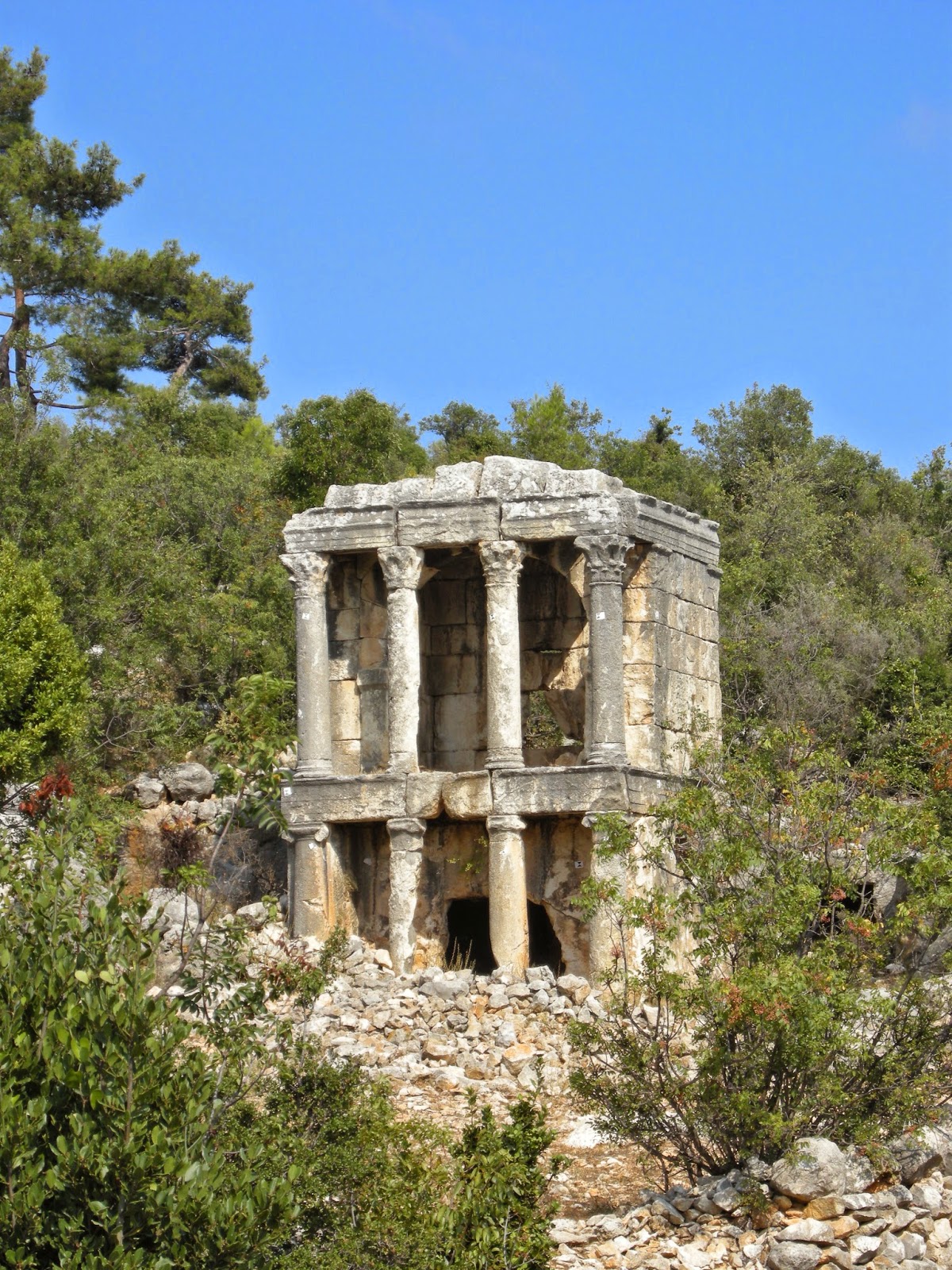 The upper mausoleum (pictured above and below) measures approximately 4.5m x 4m x 7.5m, has two stories and is also decorated with columns of both the Ionic order (lower level) and the Corinthian order (upper level). 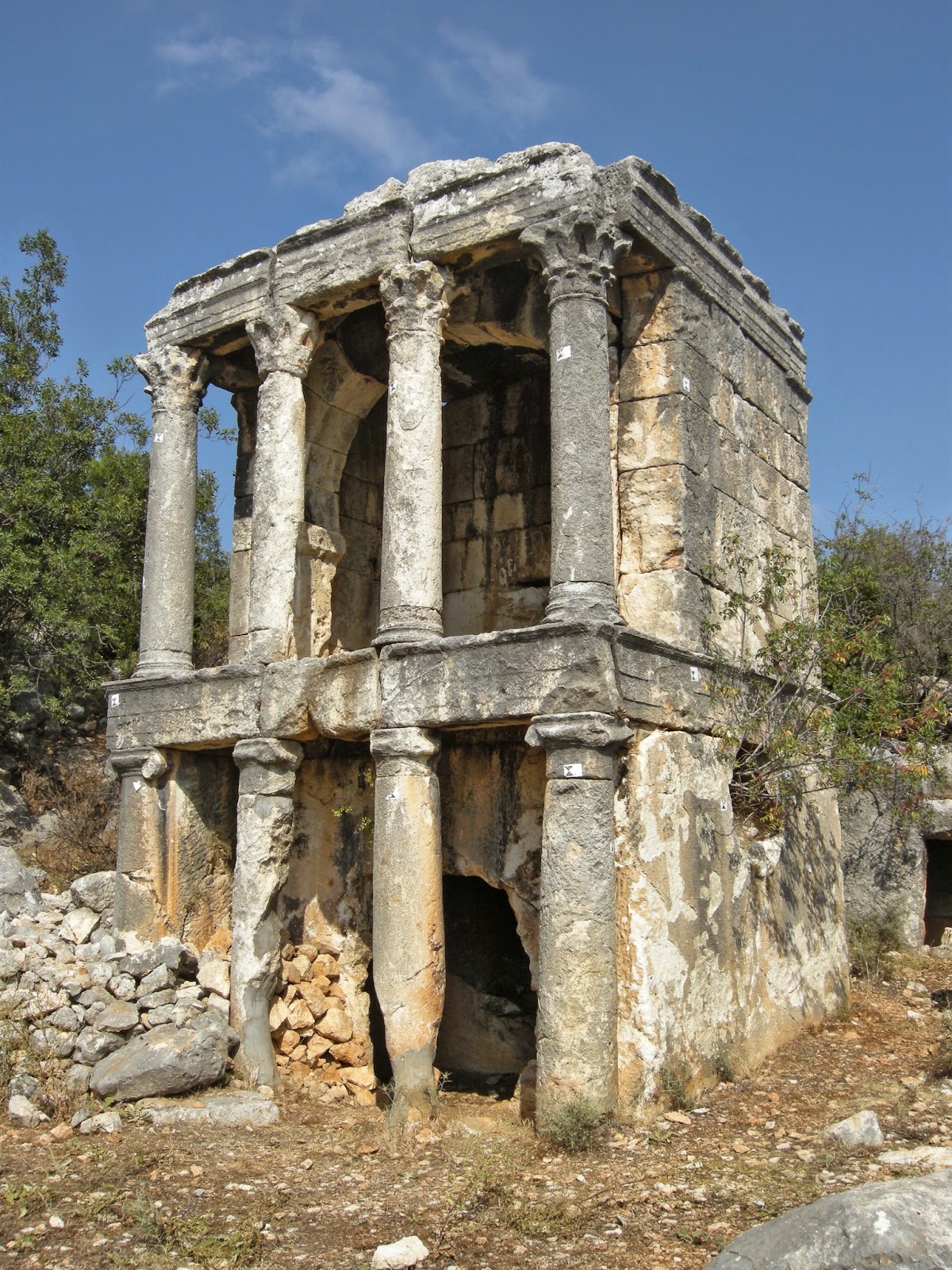 Posted by BIKE CLASSICAL at 5:35 AM