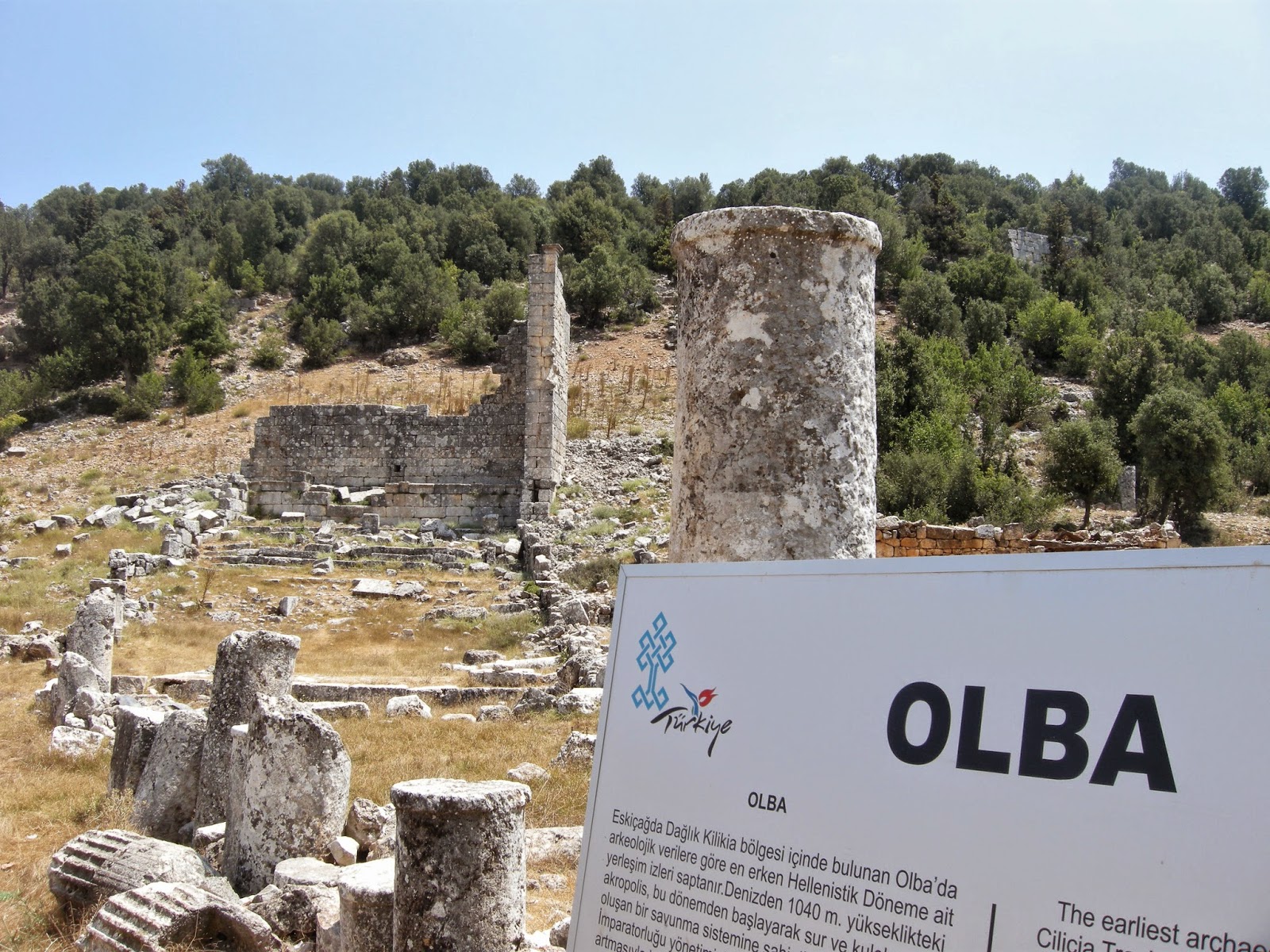 Olba, which lies four kilometers to the east of Diocaesarea, was "the capital of a temple state, administered by priest kings from the beginning of the 3C BC".  Pictured above beyond the Olba information sign, the ancient fountain (Nymphaeum) stands at the cross-roads that lead to the ancient cities of Diocaesarea, Corycus and Seleucia.  Beyond the Nymphaeum lies the acropolis of Olba.  To the right of the sign in the photo above lies the small theater, now being excavated and re-assembled (pictured below). 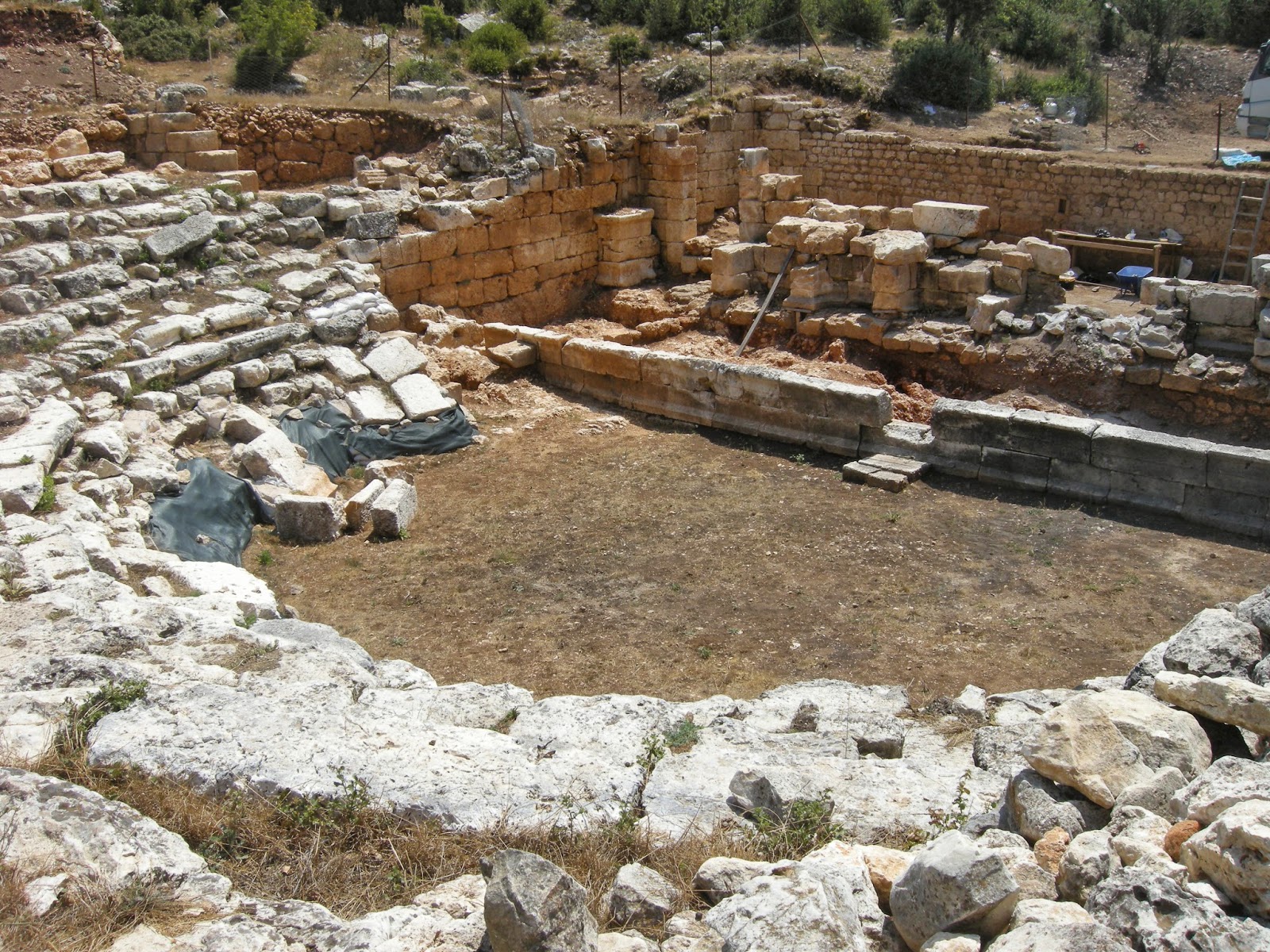 Many of Olba's upper city towers remain, and are connected by protective walls. On the opposite side of the acropolis from the theater and city center (further down the road), a monumental four story high aqueduct still stands. 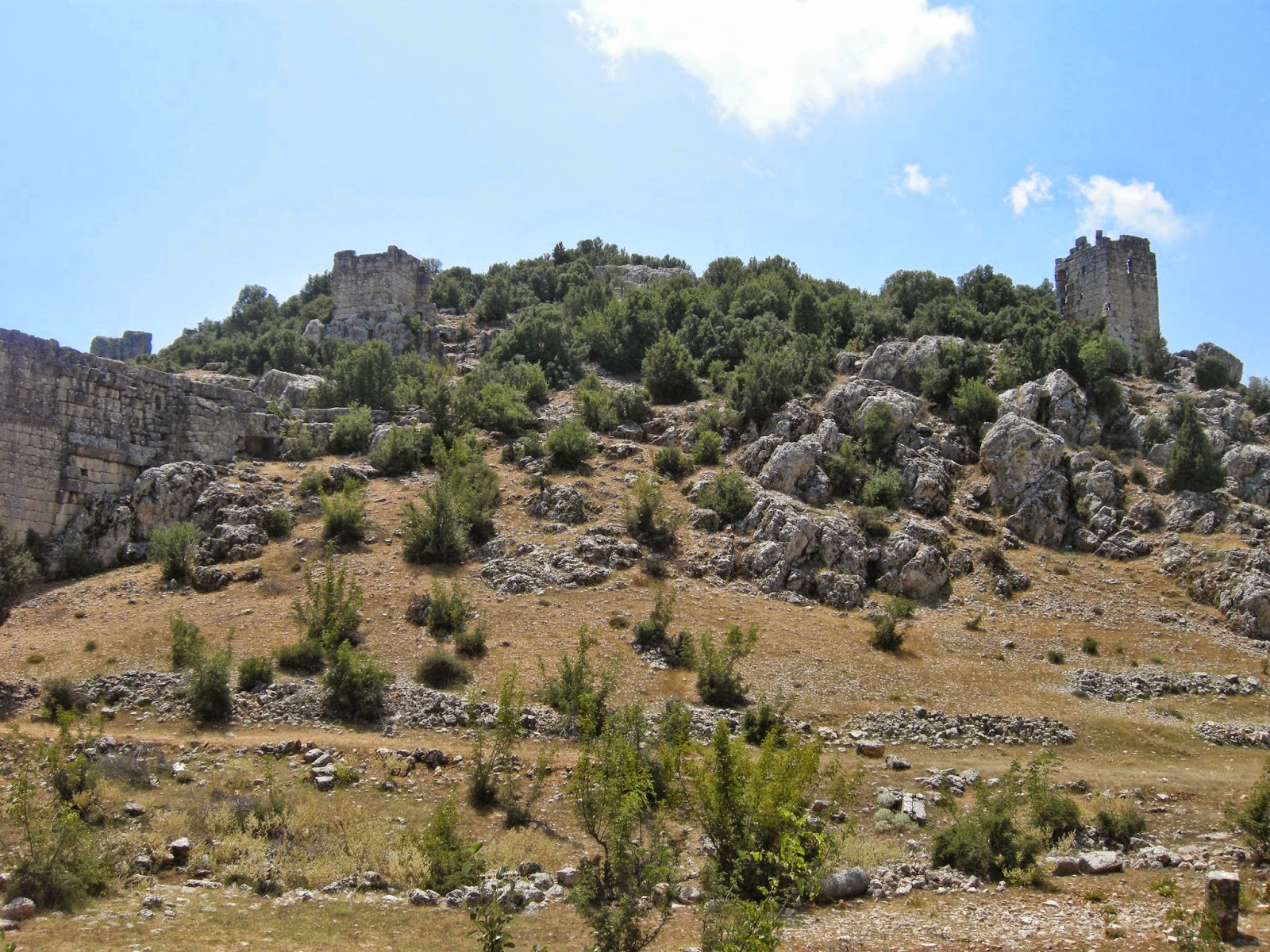 In the picture above, the aqueduct is to the left, and two towers crown this side of the acropolis. 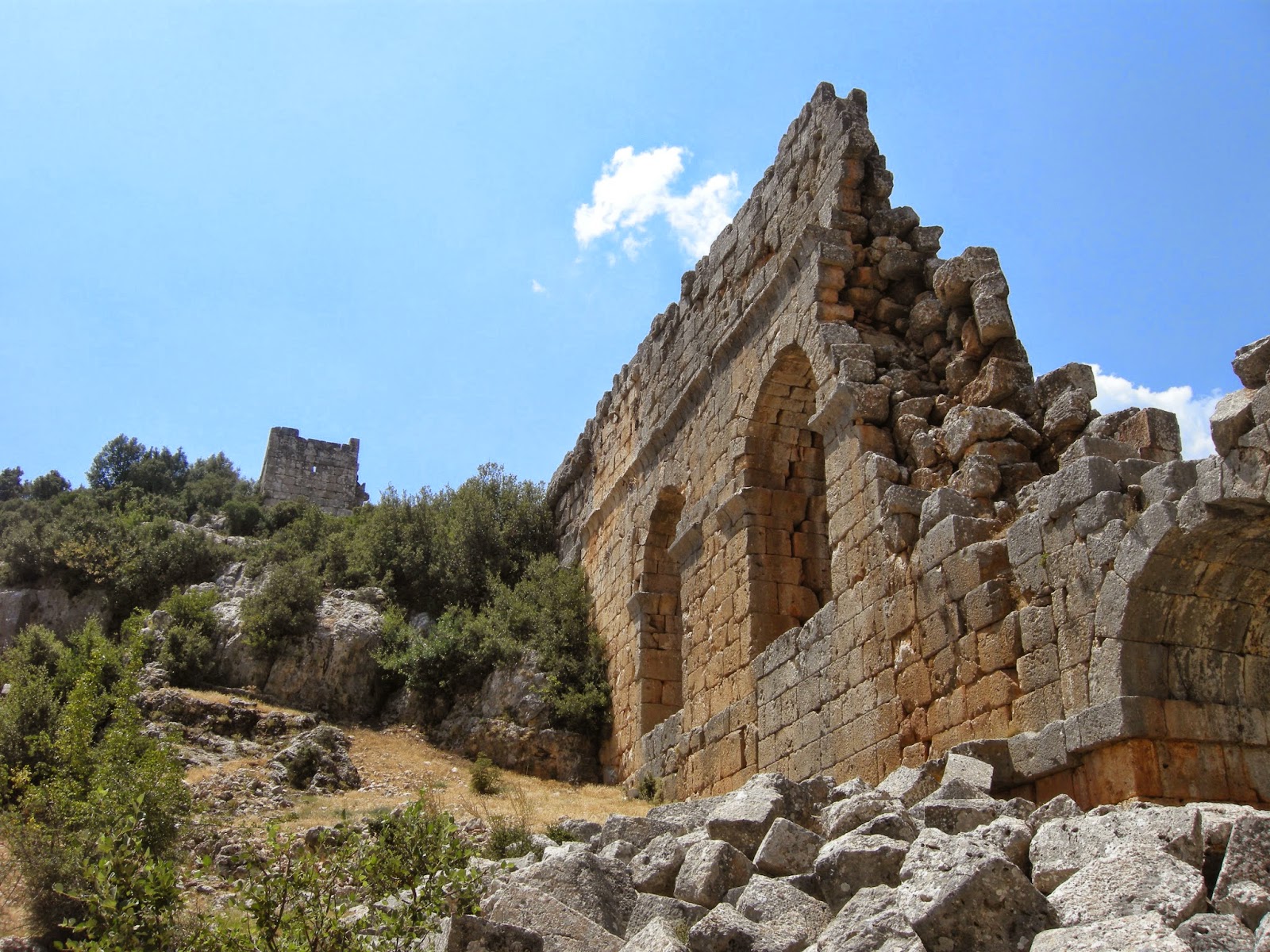 The aqueduct once delivered water to the Nymphaeum in the city center (other side of the acropolis from pictured above), which in turn gave the city access to the water. 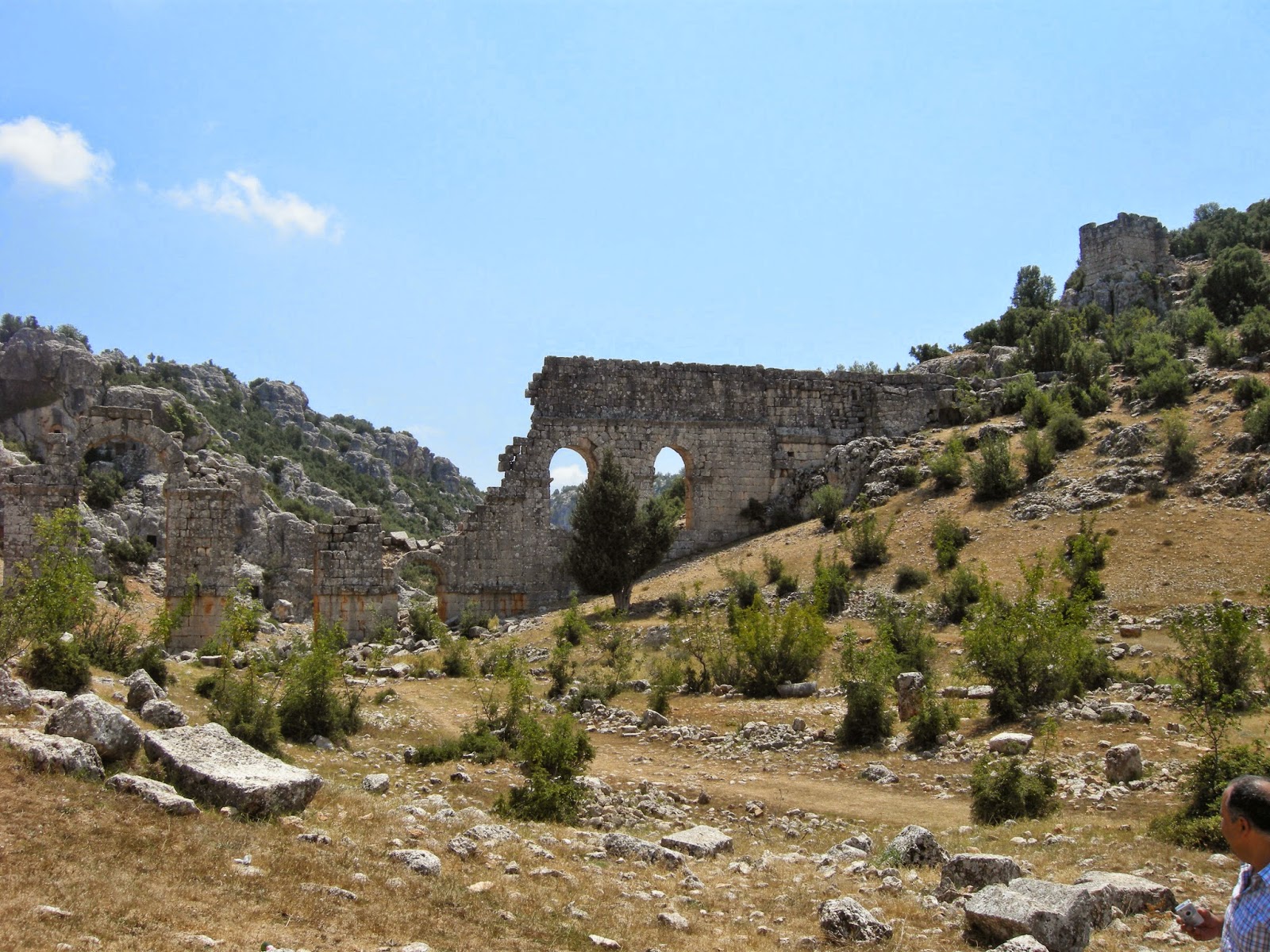 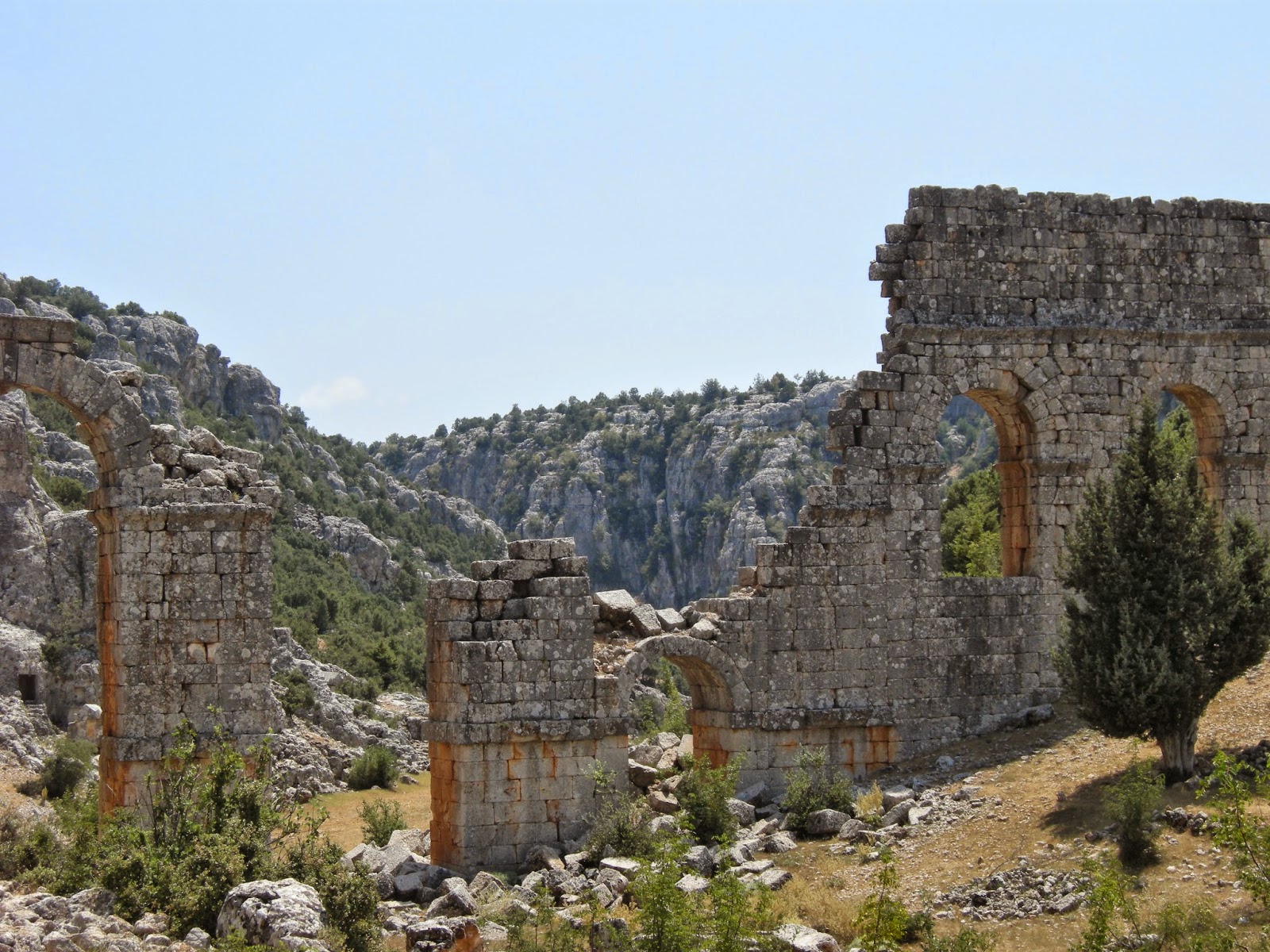 After passing under the aqueduct, a magnificent valley opens up that holds many hidden treasures. 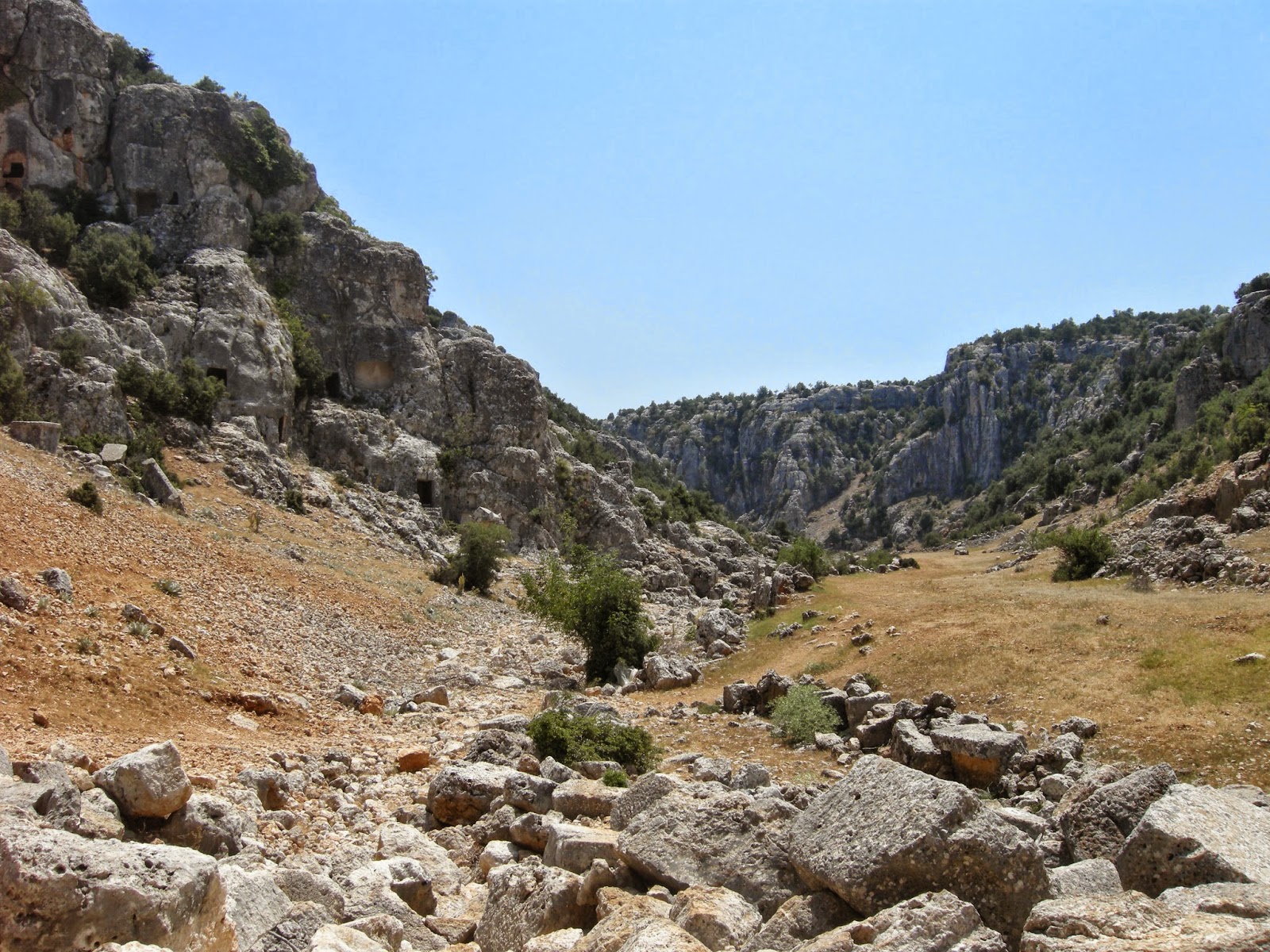 The valley is called Devil's valley, as water only runs when it rains or when snow melts. The valley runs for 40 kilometers and ends at the sea and the ancient city of Corycus, which I passed when I was cycling along the coast. 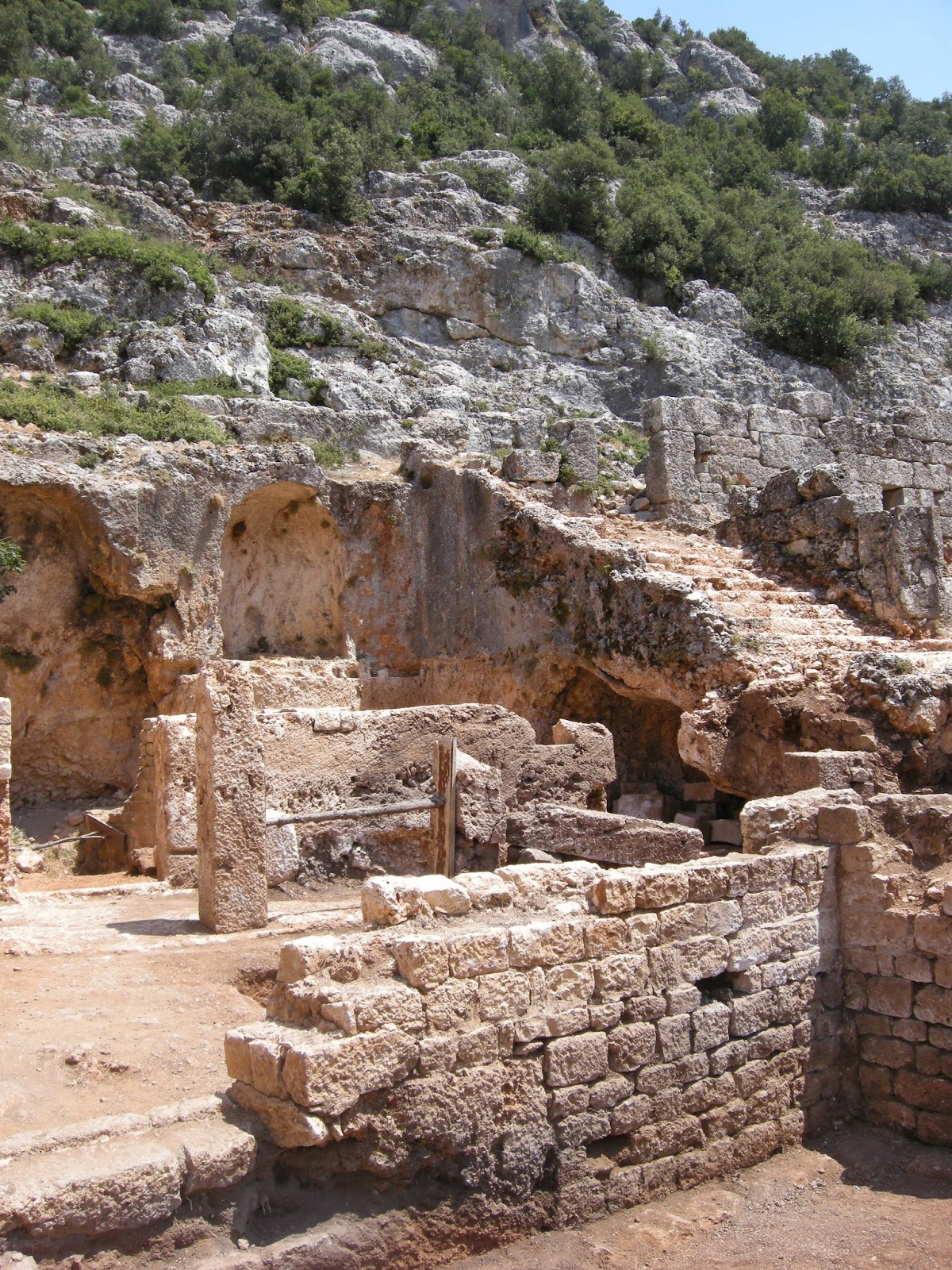 The foundations of houses and other buildings can be found along the walls of the valley (such as the one pictured above). 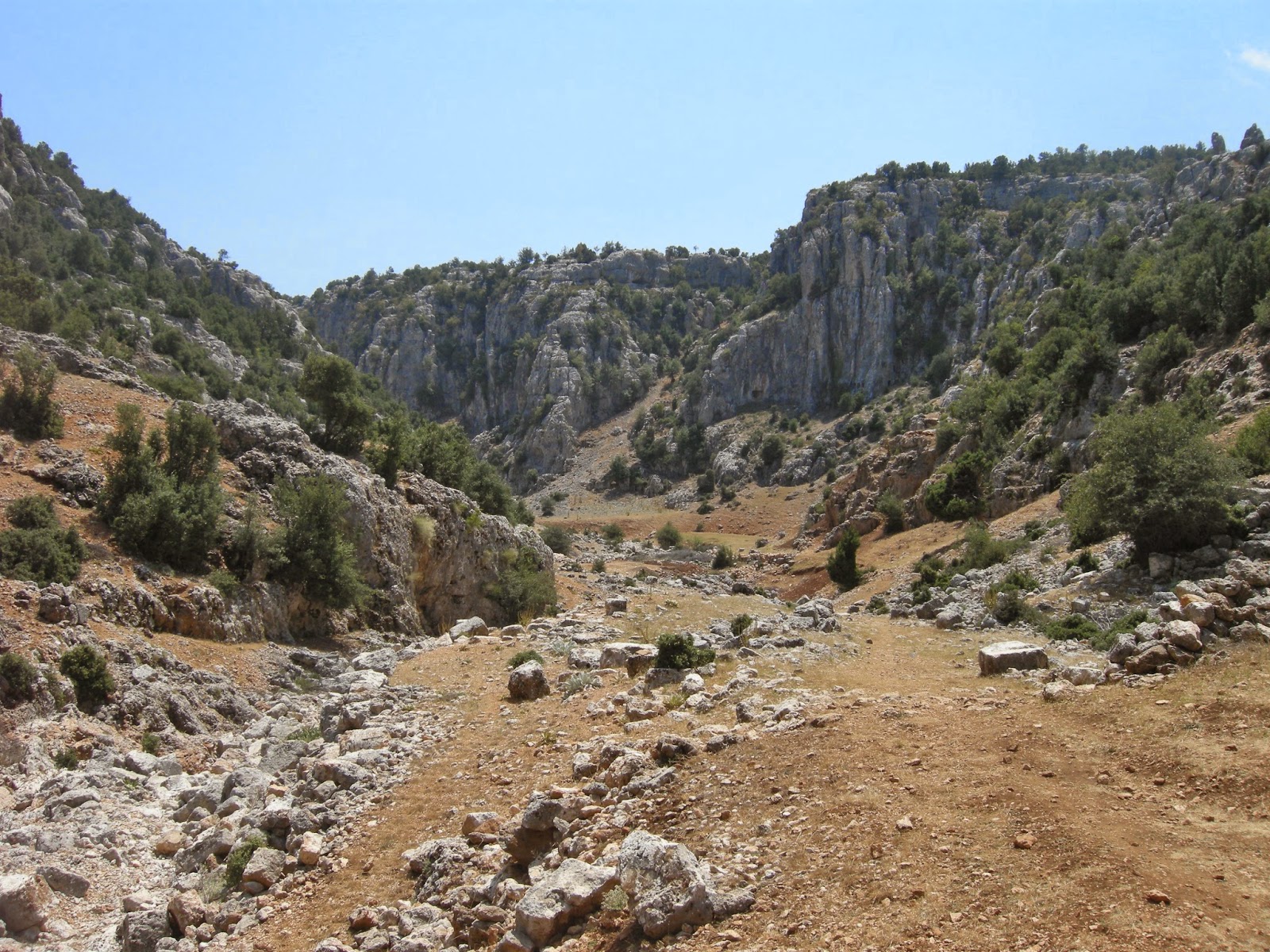 The valley also contains the ancient necropolis, where numerous rock face tombs and sarcophagi can be investigated. 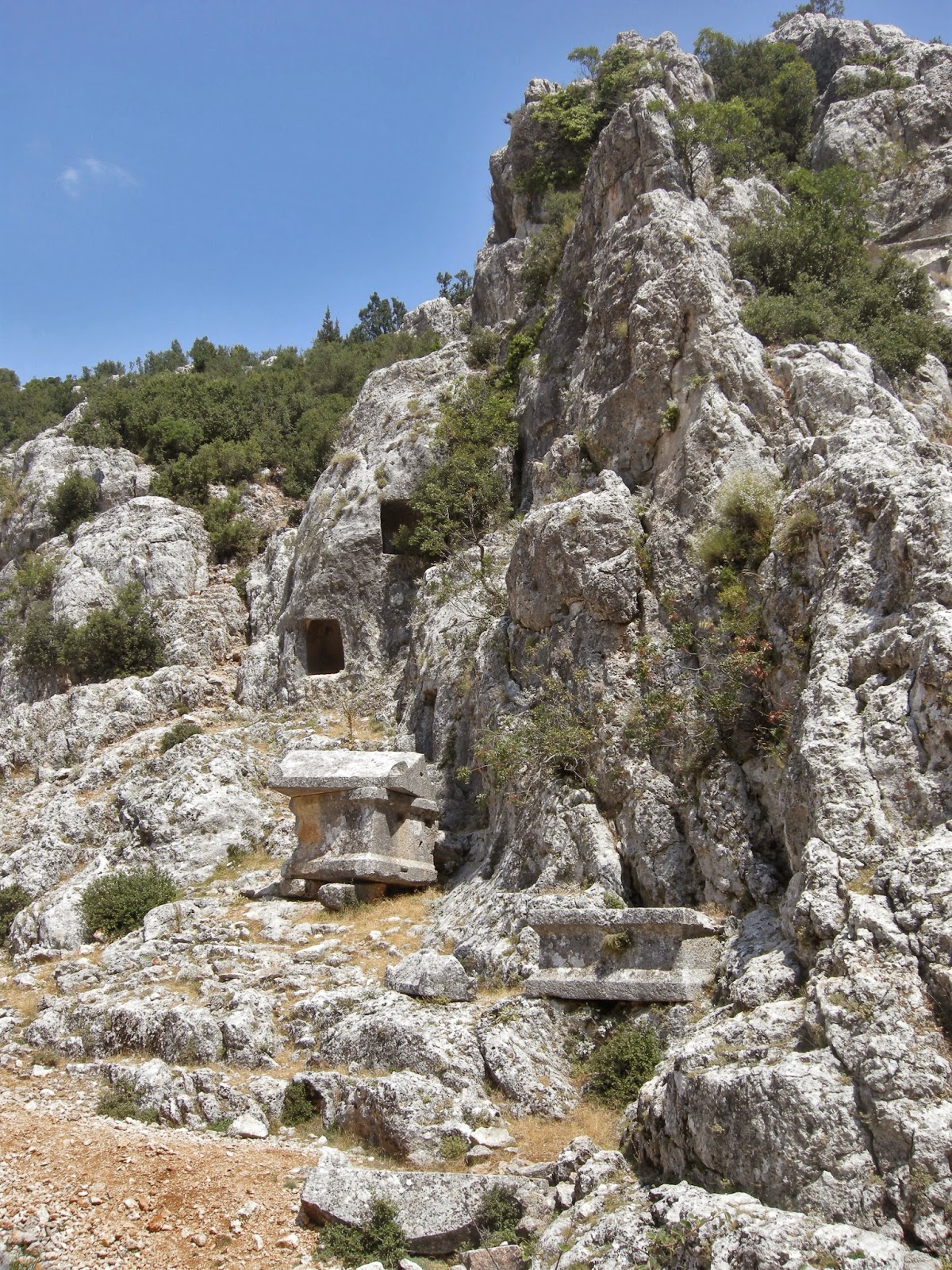 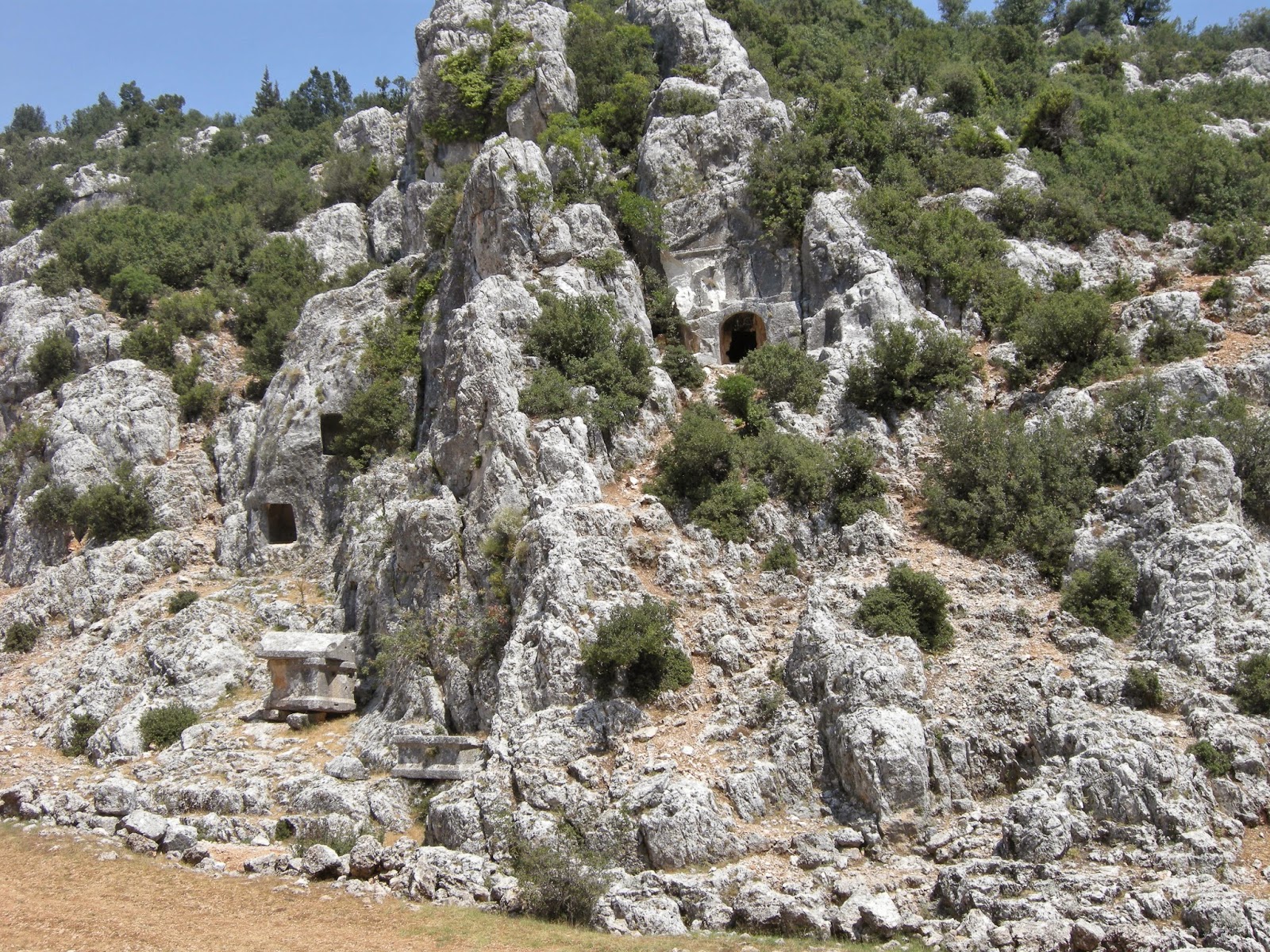 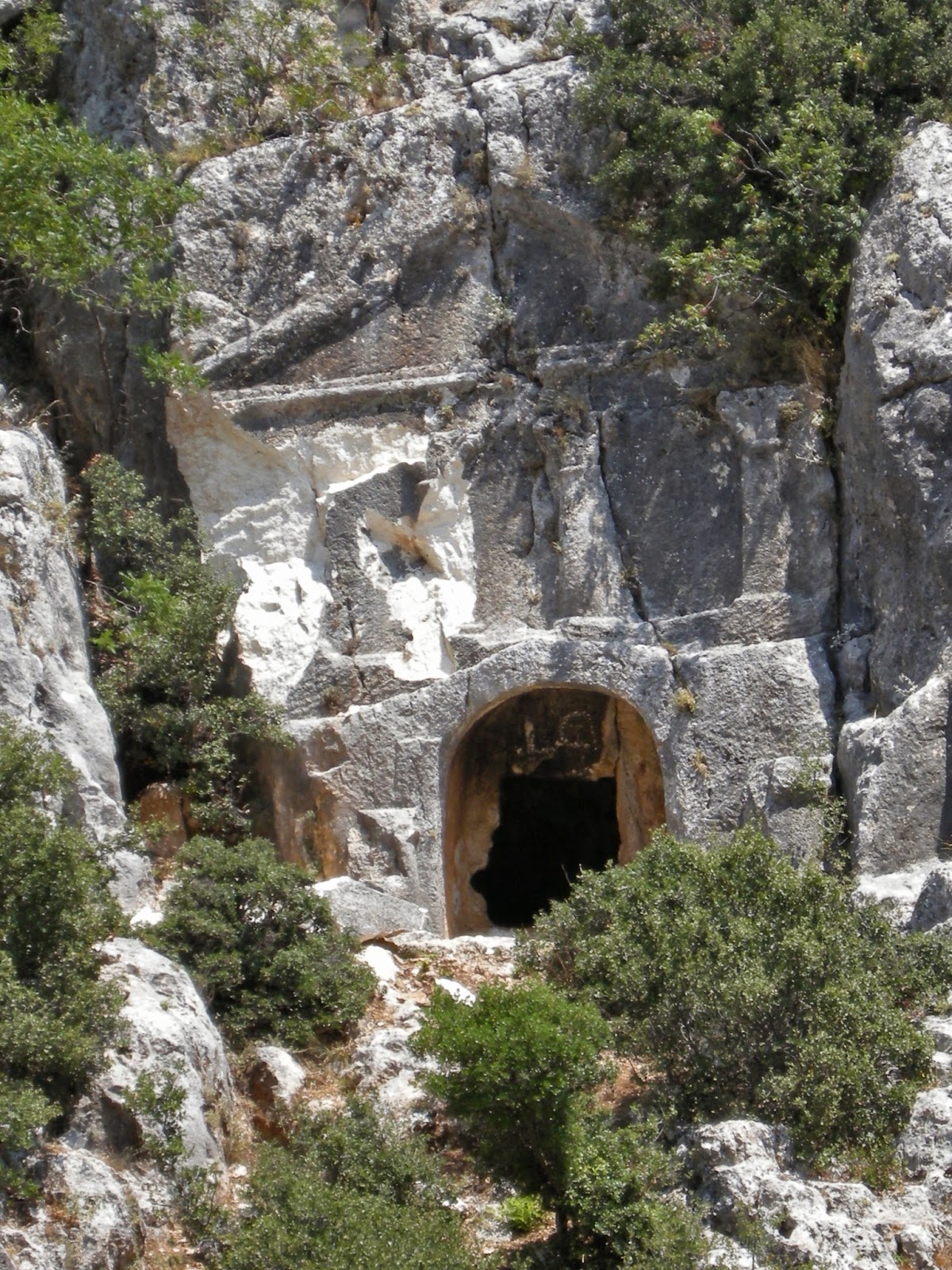 Pictured below, a view looking back up the valley at the aqueduct (in the far distance), with the acropolis to the left. 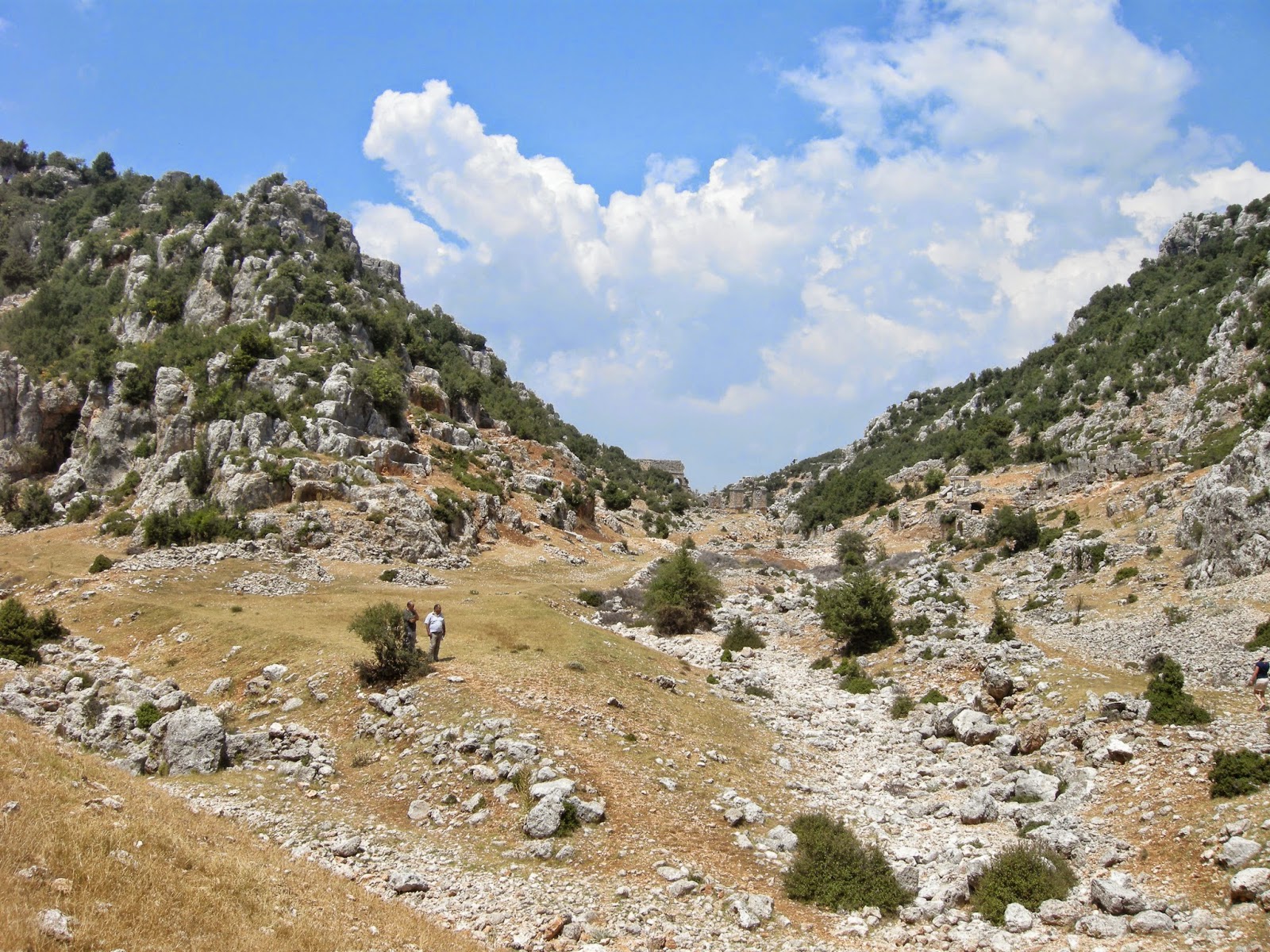 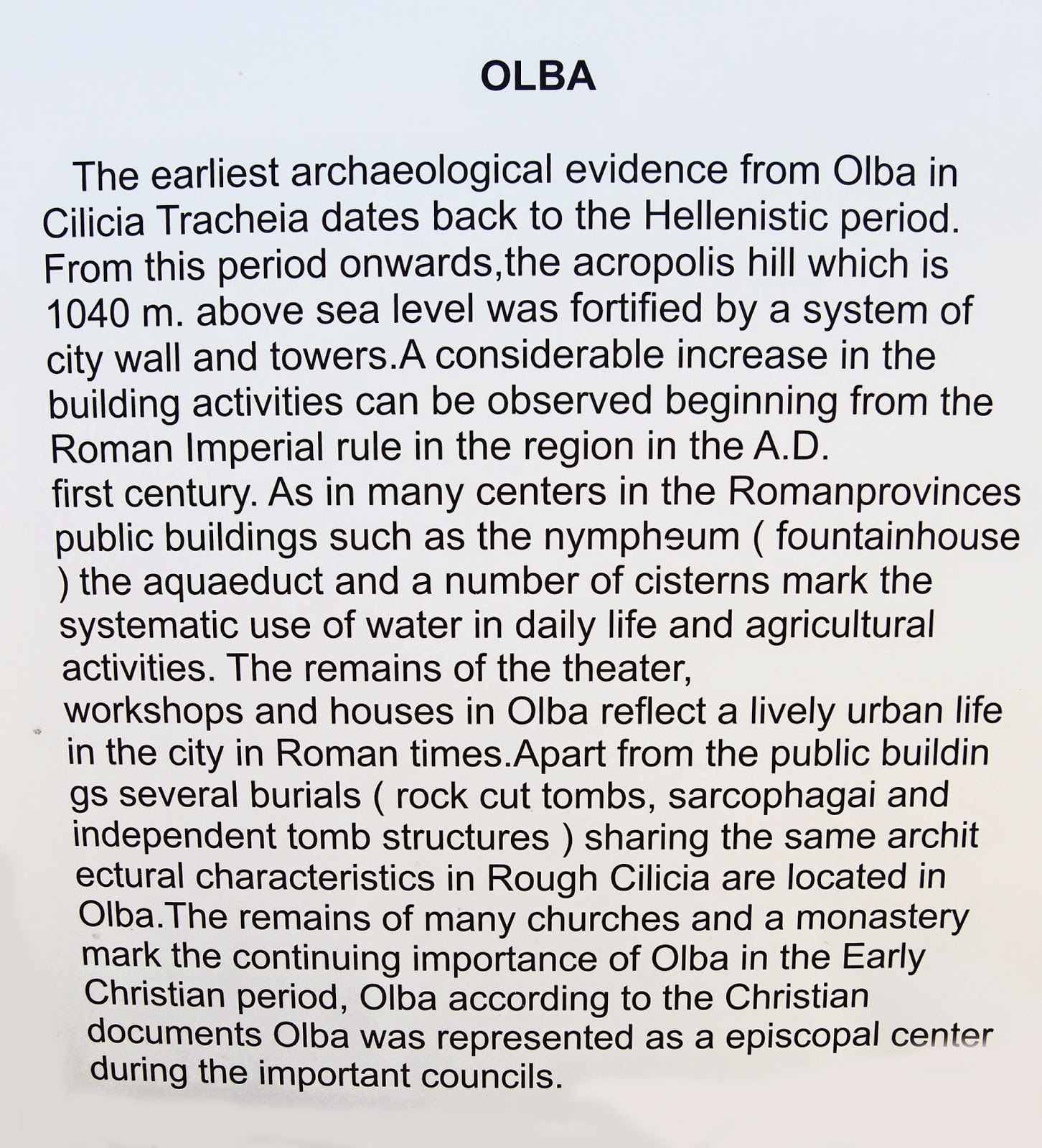 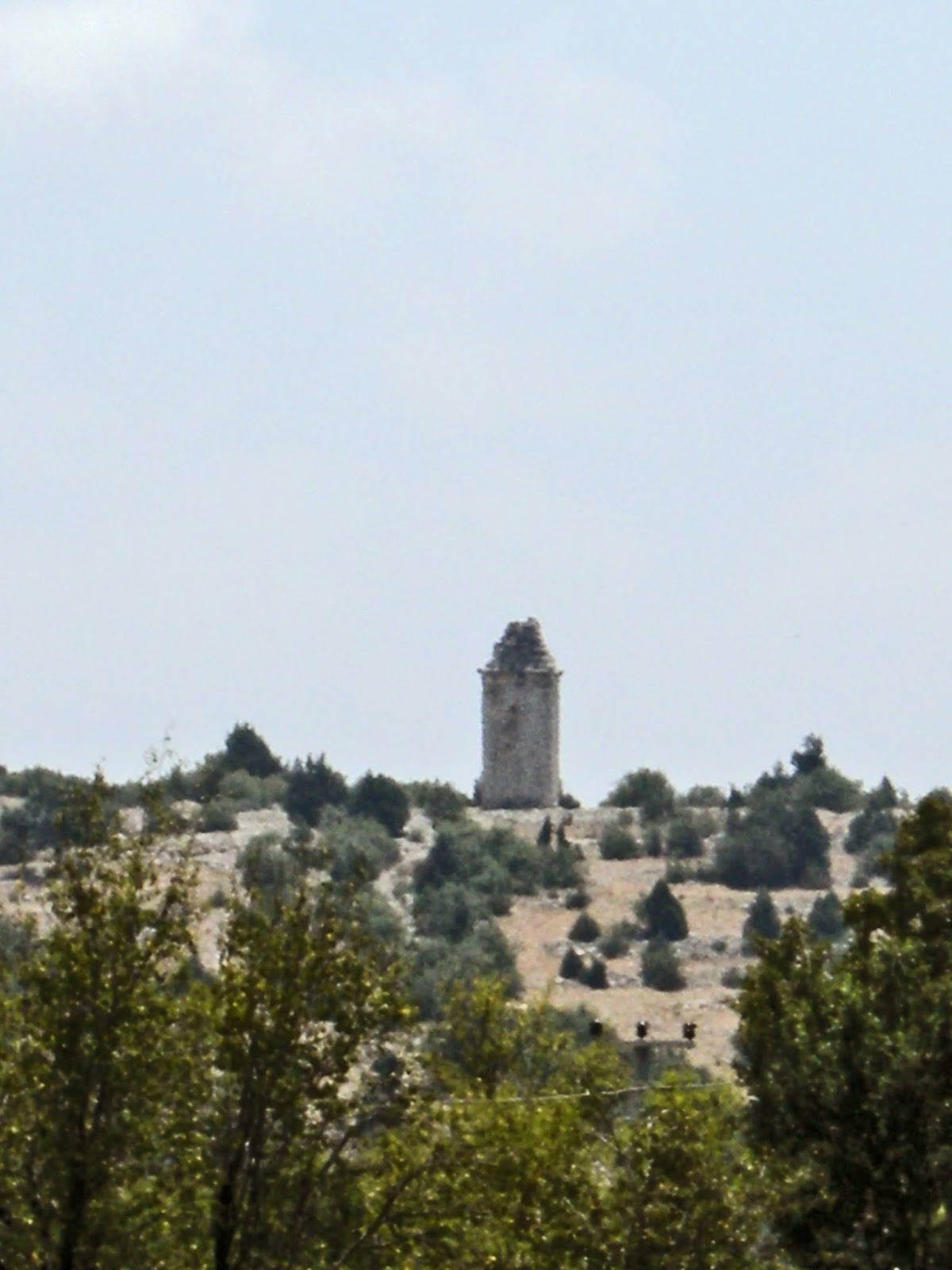 The great mausoleum tomb, built in the Doric order and surmounted by a frieze featuring metopes and triglyphs. The tomb lies across a shallow valley from Diocaesarea at 1200 meters above sea-level, and can be seen from the theater of that ancient city (see post for Diocaesarea). 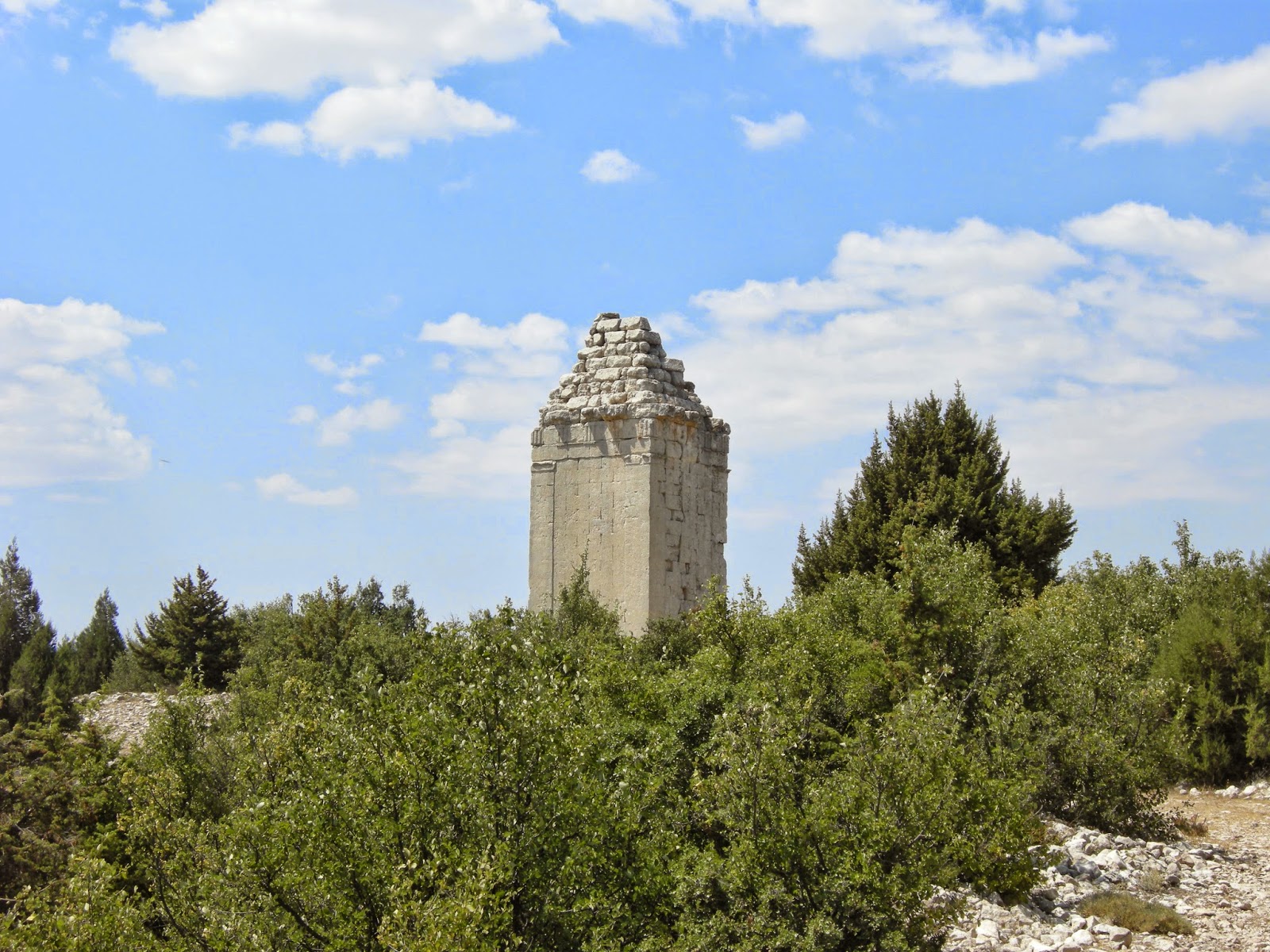 The mausoleum has a pyramidal roof and stands about 16 meters high (measured 5 meters x 5 meters x 16 meters), and was once topped with a statue of the person buried within, most likely a Hellenistic priest-king who ruled over Olba. 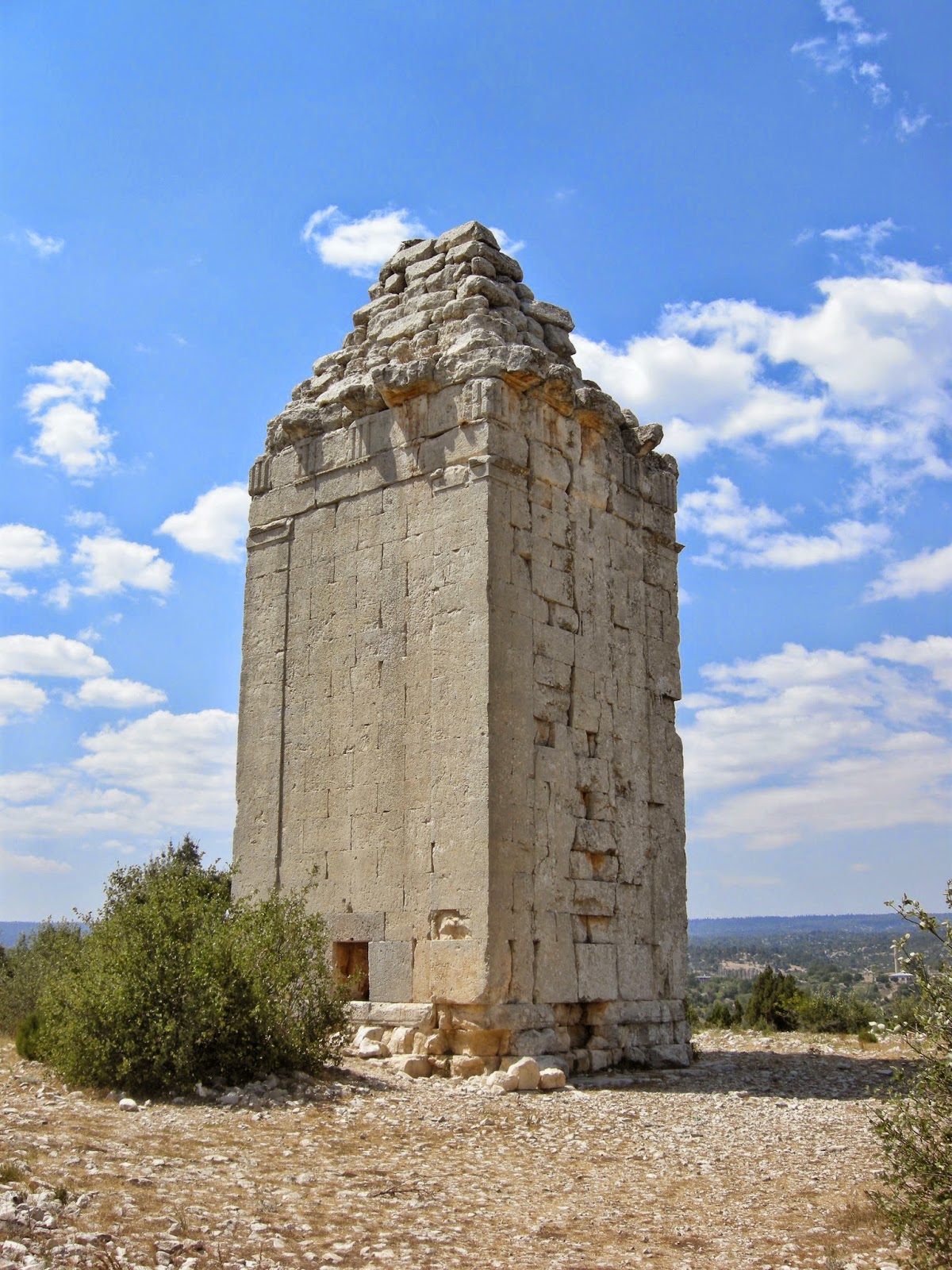 Entrance into the tomb is supposed to be forbidden, however, when I visited, the door was unblocked. Inhumation took place under the stone floor, but unfortunately, robbers had discovered this entrance long ago.  Below, I am sitting in the shade on the base of the tomb. 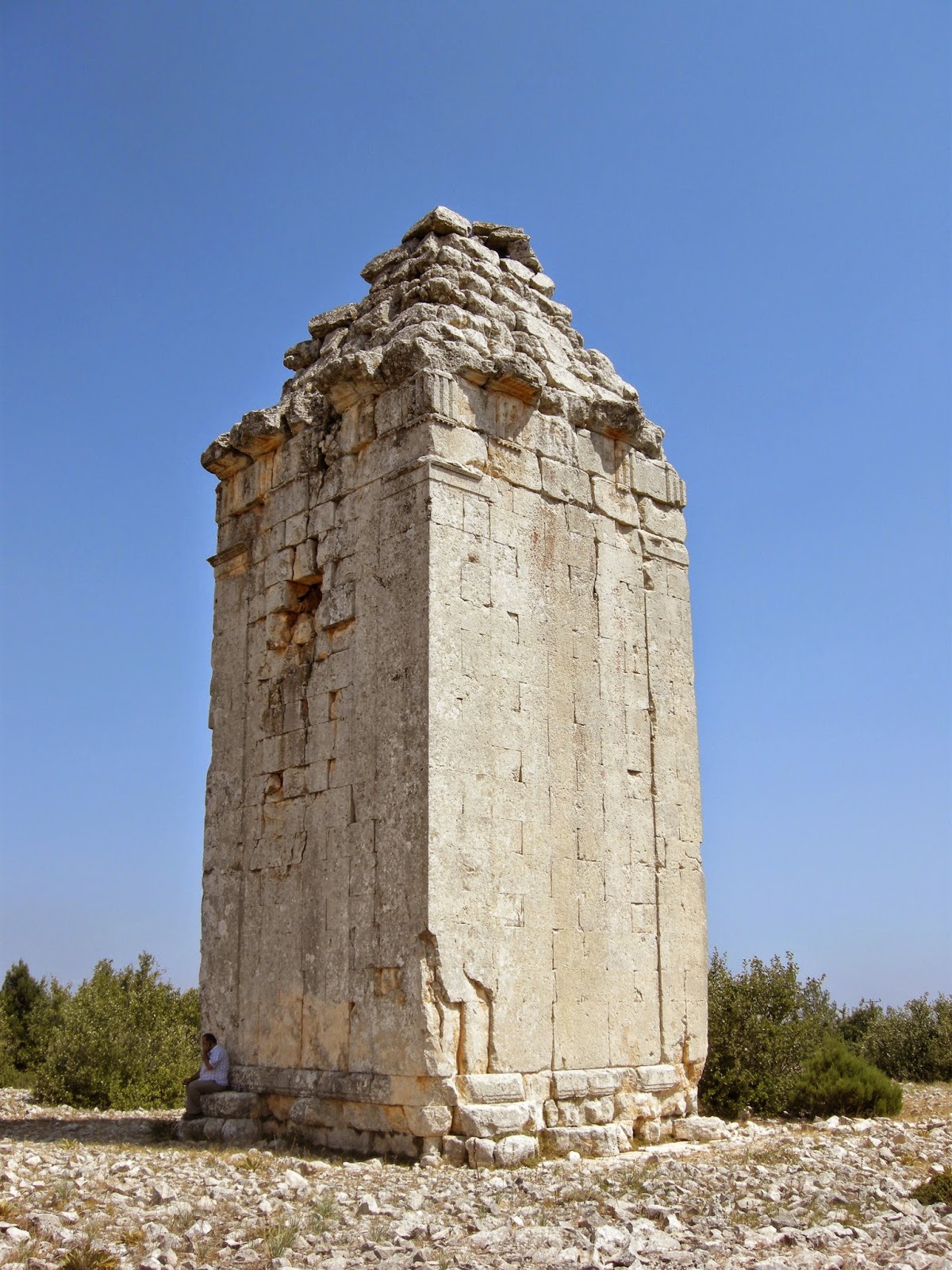 Posted by BIKE CLASSICAL at 5:40 AM