Rome: Pantheon and Field of Mars 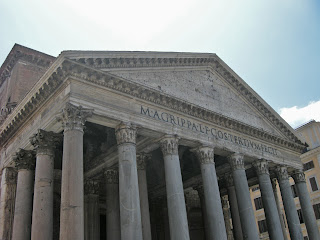 Completed by Hadrian in AD 125, the Pantheon is now 1890 years old.  The inscription reads: "Marcus Agrippa, son of Lucius, thrice consul, made this."  The pediment over the front porch is believed to have been designed to be 60 RF (Roman feet) in height, as is the second pediment (visible above the current pediment), but due to unknown circumstances, probably the unavailability of the taller columns, was lowered to suit 50 RF shafts. 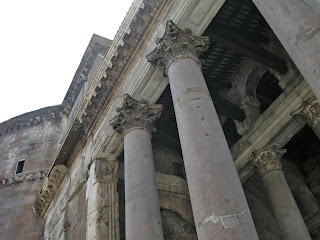 The rotunda in the rear, second pediment, the main pediment, Corinthian capitals, inner girders and trusses under the roof (pictured above and below). 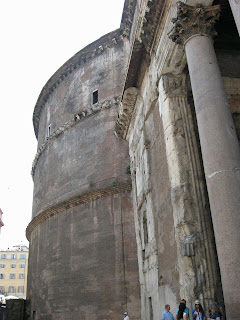 Girders and trusses under the roof of the main pediment (pictured below). 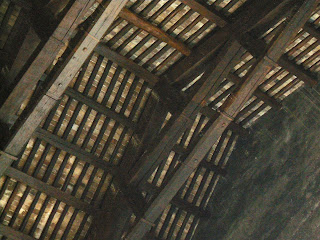 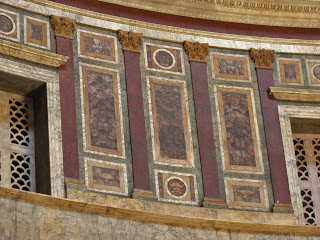 Up close shot of the original decoration of the upper zone was removed in 1747, in the belief that it was an inferior restoration by the Severan emperors in the early C3 AD, however, a short stretch of the original is reconstructed (pictured above and below). 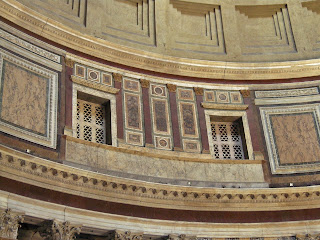 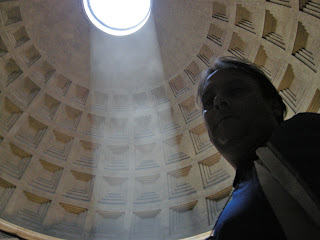 Light raining down through the circular oculus of the Pantheon dome (pictured above). 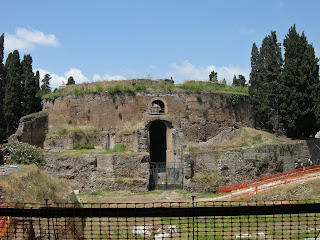 Mausoleum of Hadrian, finished in 139 AD (pictured above). 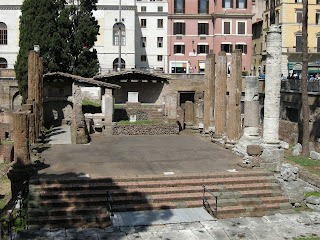 Temple A at Largo Argentina, Rome, also known as the Field Of Mars, has a tuffa podium and tufa columns (brick covered with stucco to look like marble, dates from the mid-C1 BC pictured above and below). 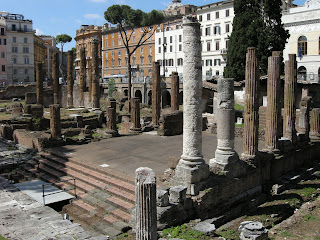 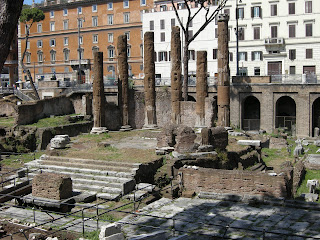 Temple B (above and below)(at Largo Argentina, Rome, also known as the Field Of Mars) 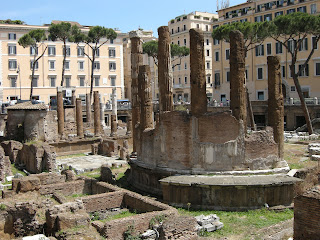 Temple B (circular) (above and below) (at Largo Argentina, Rome, also known as the Field Of Mars) dates from the early-C3 BC and retains its original tufa podium, as well as six Corinthian columns (originally with eighteen Corinthian columns )
On the podium behind Temple B, which was part of a building known as the Curia (because meetings of the Senate were sometimes held there), is where Julius Caesar was assassinated in 44 BC. 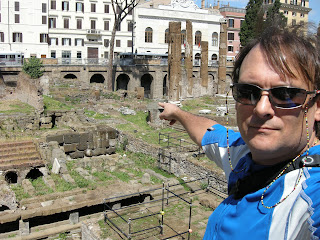 **If you'd like to help with future postings, please feel free to support them through PATREON:
https://www.patreon.com/bikeandsailclassical
Posted by BIKE CLASSICAL at 10:42 AM