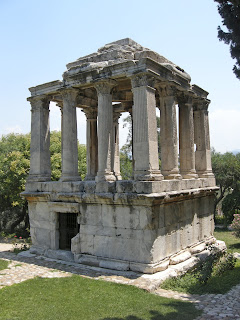 It is written that Arselis, a leader of Mylasa in Caria during the 7C BC, helped Gyges of Lydia gain the Lydian throne through contest, and as a reward was given the sacred golden Labrys, which was brought to Mylasa, and further, began the founding of the sanctuary of Labraunda, and the beginning of the cult of Labraundean Zeus, to whom a statue was erected within the sanctuary, and in whose hands the golden Labrys was held (pictured below, ornamented sacred golden Minoan Labrys from Crete, Heraclean Museum Crete). 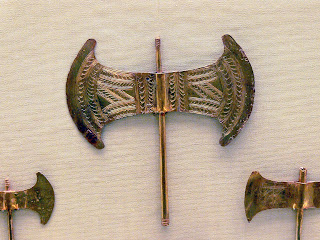 The Gumuskesen Monumental Tomb sits in a park less than two kilometers up hill from the center of current day Milas.  On the day I visited, the sun was scorching hot, and not knowing exactly how far it was to the monument, I took a local bus, and then walked back from the monument. 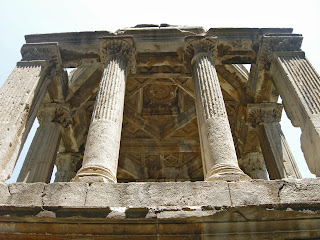 The architecture of the Gumuskesen Monumental Tomb (pictured above and below) is most likely based on an ancient wonder of the world, the Tomb of Mausolus, in ancient Halicarnassus.  This structure dates to the 2C AD, and rises above a high rectangular grave chamber, which contains four pillars that support the floor of the upper story. 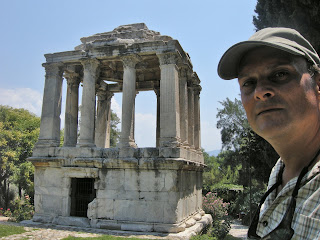 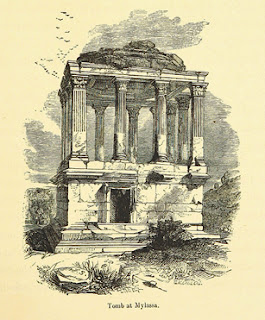 Sketch of Gumuskesen Tomb at Milas 1866: "Architecture at Ahmedabad, the Capital of Goozerat, photographed by Colonel Briggs, … With an historical and descriptive sketch, by T. C. H., … and architectual notes by J. Fergusson, etc." 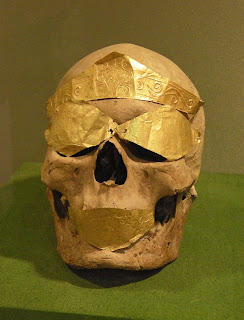 The orifices of the skull were often covered with gold leaf, while the sarcophagus would usually contain other memorable items related to the life the deceased. 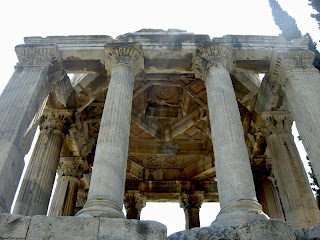 The capitals are in the Corinthian style, and support a pyramidal roof formed of five layers of blocks that sit diagonally upon each layer and in turn is supported by the monuments architrave. 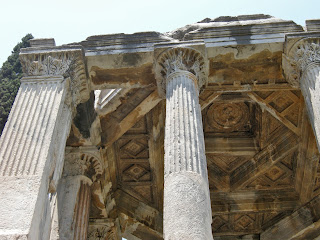 The ornate ornamented ceiling of the monument reflects on the wealth and standing of the family that commissioned it.  Though, perhaps on only about a 1/15 scale size of the Mausoleum of Halicarnassus, which was one the seven wonders of the ancient world, the Gumuskesen monumental tomb is a beautiful structure to behold. 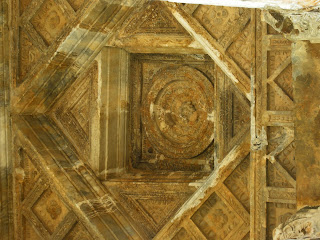 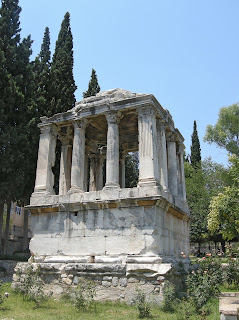 Back in the city center, I walked over the infamous gate with the Labrys keystone (pictured below).  The gate was built at the end of the 1C AD. 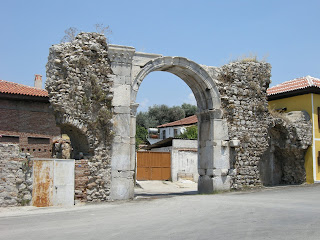 On the outer side of the arch, the keystone is decorated with a Labrys, the sacred symbol of the Mylasa, and the greater area known in ancient times as Caria.  According to Plutach, the etymology of the word "labrys" originates from the Lydian word, meaning "axe".  Further, such symbols have been found at Neolithic site in Anotolia, and according to Aristotle, is thought to symbolize that which provides the conditions of the possibility for the thing to begin or come forth, it represents the "arche" in ancient Greek, the origin, the beginning. 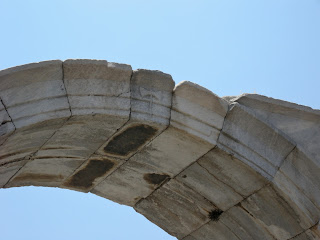 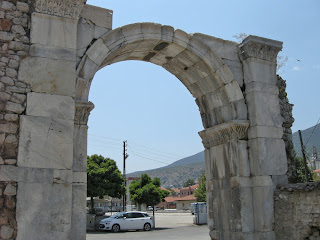 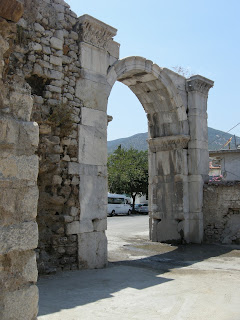 The city of current day Milas is built atop ancient Mylasa, and unfortunately, all of its ancient monuments (with the exception of the Gumuskesen monument) have been quarried for their blocks of stone and marble to the point that only trace remains can be seen.  Such remains are on display in museums around the world, such as the head of a nun of the goddess Isis (pictured below), which can be viewed at the Izmir Archeological Museum. 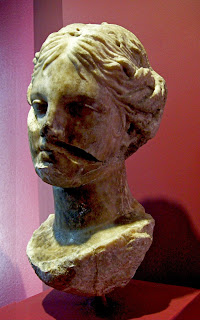 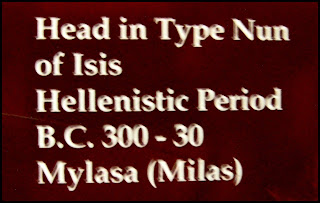 The Temple of Augustus is one of the great losses to the city, since its nearly intact structure as of 1780 has been lost to the needs of human shortsightedness.  For, as with similar ancient structures that are still intact to this day, the revenue they generate from tourism is something a city can never replace.  As a great example, may the Michigan Theater in Detroit RIP: and further, help save Detroit's Grand Central Station, whose architecture is based on Hellenistic Baths. 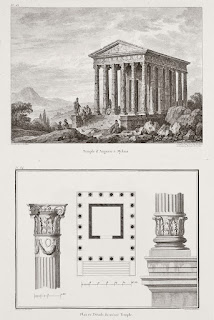 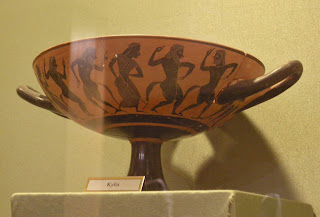 Pictured above and below, one of the fine items on display at the Architectural Museum of Milas: a Kylix with dancing figures. 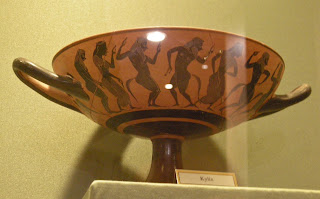 Posted by BIKE CLASSICAL at 4:27 AM