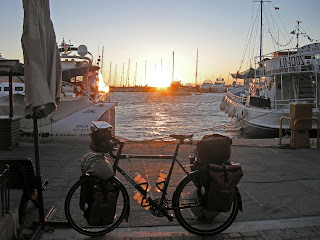 I arrived in Rhodes Town by ferry from Sitia, Crete at three o'clock in the morning, made my way around the fort walls, which were constructed by the christian crusaders (or, their slaves), found a bench on the harbor, and waited for Helios to share the warmth of the Dodecanese. 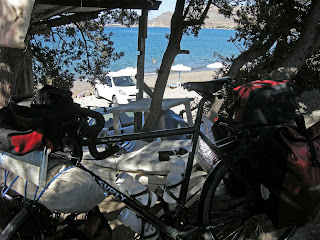 Upon sunrise, I set out on a sixty-five kilometer ride south, along the east coast to the ancient city of Lindos (acropolis of Lindos, pictured below from the south).  Below the acropolis is the modern town of Lindos, and in the center-right of the picture is the ancient theater.  I cycled four kilometers past Lindos to Pefki beach, where I camped for free (pictured above). 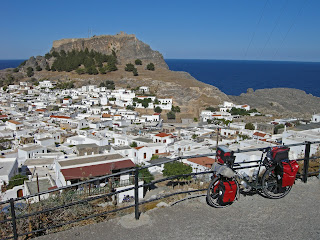 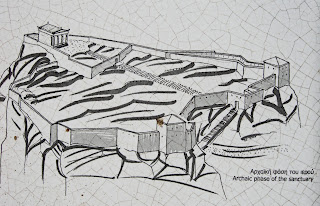 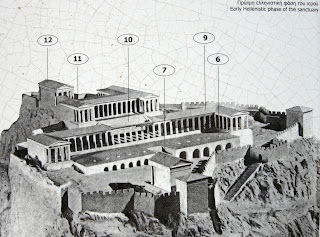 Below, the temple of Athena Lindia, located at the top of the acropolis in the main sacred precinct. 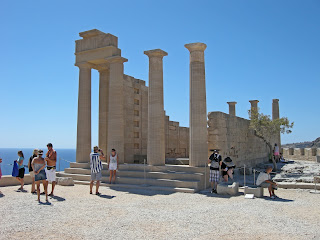 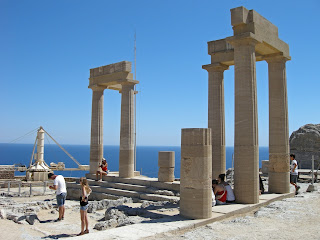 Above, is the left end of the large Hellenistic stoa, while below is the center of the stoa ( the right end of stoa is under restoration/reconstruction). 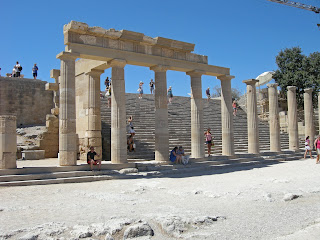 If the restored structures appear to be in very fine condition, well, they are, and the reason for the use of so many new members is explained below: 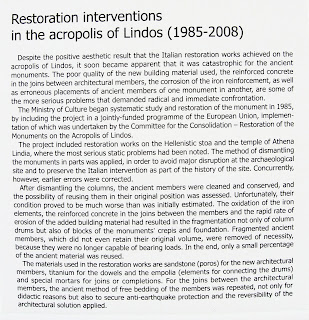 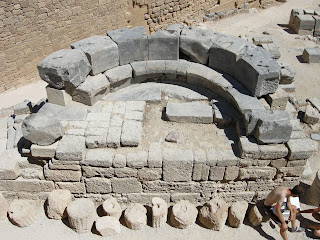 Above, a semicircular exedra, of which there are two on the acropolis. 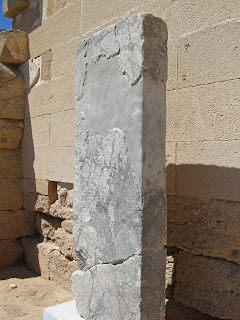 Above, a dedication list of those who donated funds to make three gold wreaths for the deities Athena, Zeus and Nike (read more below). 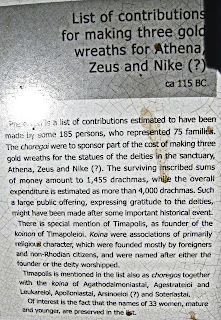 The trireme (pictured below) lay at the bottom of the stairs to the entrance of ancient Lindos.  Hewn out of the rock wall by the famous sculptor Pythocrates, a statue of Hagesandros, priest of Poseidon, once stood on the deck of the ship. 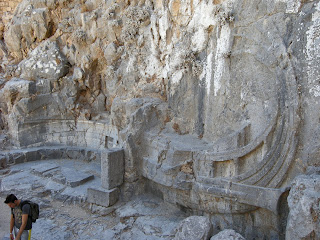 Below, Back to Rhodes Town, and then on to ancient Kamiros, and the west coast. 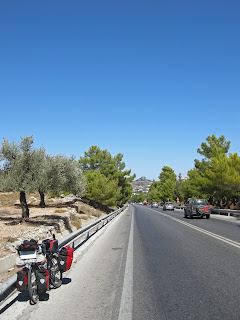 Posted by BIKE CLASSICAL at 6:05 AM