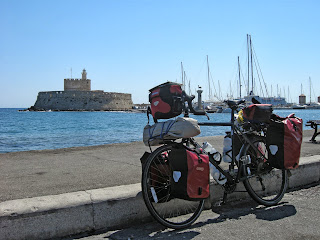 On my last day in Rhodes Town before jumping on the ferry to Samos, I made a couple critical stops with regard to the mission of Bike Classical.  One of those stops (pictured above), was the purported location of one of the Seven Wonders of the Ancient World, the Colossus of Rhodes, the statue of the Greek Titan Helios, upon which the Statue of Liberty in New York Harbor was modeled. 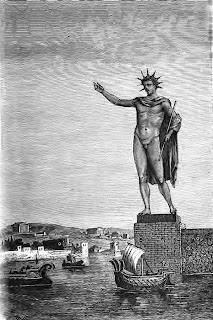 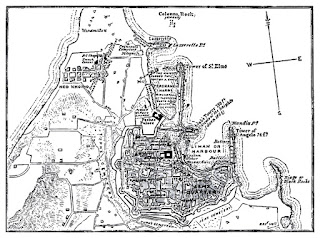 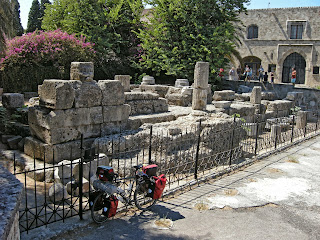 Old Rhodes Town is the site of 3rd century Temple of Aphrodite.  This is one of the few remaining ancient ruins within Old Rhodes Town (pictured above and below). 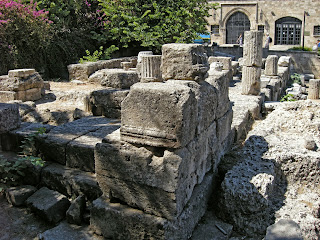 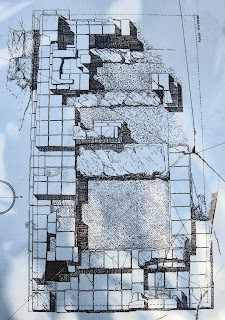 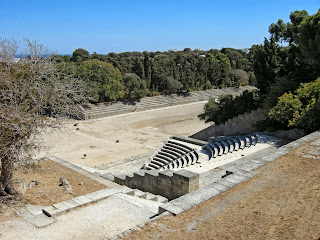 Pictured above (from the Acropolis of Rhodes) are the restored 2nd century AD stadium, with the reconstructed theater in foreground, which was the site of lectures by the Rhodes School of Rhetoric.  Below, the extent of the stadium. 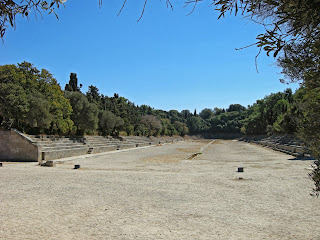 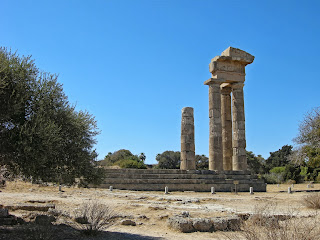 The Temple of Pythian Apollo on the Acropolis of Rhodes. 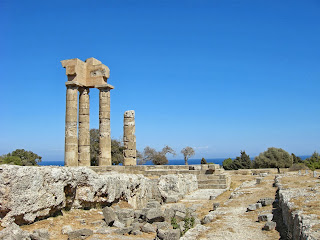 Posted by BIKE CLASSICAL at 3:49 AM