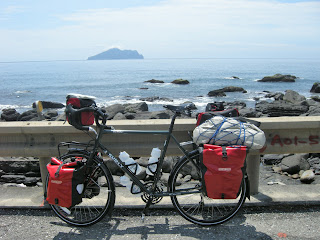 From the temperate forests of the high mountains, to the Pacific coast, training has thrown a mix of challenges at me.  Now, it's rain, more rain, and torrents of rain.  I generally don't mind riding in the rain, because that means it's cooler.  The only problem is drying out your things for the next days ride. 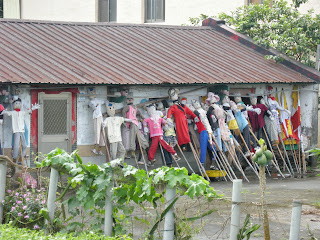 A car pulls up while I'm eating some plums, and the guy says, "Have you seen some cyclists?"  I say, "Yeah, they went that way."  "Thanks."  He drives off.  After about twenty meters, he stops, backs up and says, "Do you know the train tunnel path under the mountain?  It'll save you two hours to Fulong . . . , otherwise, you'll have to ride around the mountain."  "Thanks."  "We'll wait for you up ahead to show you the way, and we'll go to lunch if you would like to join us . . . , our treat!"  "Wow, thanks!  I'll meet you up ahead." 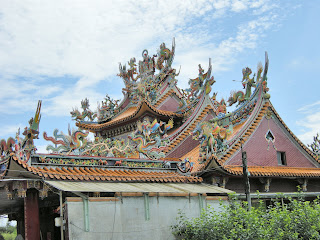 I road for about tens minutes before I met them, and they took me down off the main road, around a small park onto a bicycle only trail that led into a three kilometer long old train tunnel that has been converted into a cyclists only road under the mountain. 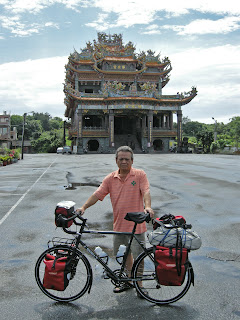 During the twenty-three years since I last lived in Taiwan the whole country has gone cyclist friendly, from bicycle only highways through Taipei, to marked cyclists lanes everywhere!  Unfortunately, the drivers haven't changed at all. 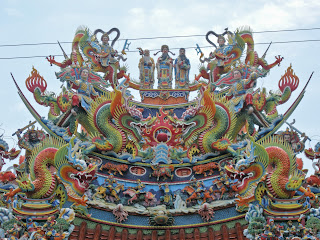 After a fantastic lunch of fresh seafood dishes on a traditional rotating table center (so all dishes can be shared ) . . . and lots of beer, they invited me to spend the night on a farm, about thirty kilometers into the mountains.  Why not.  Well, after all that alcohol, we hit UP! And more UP.  These retired and near retired train drivers just kept on riding . . . , UP! 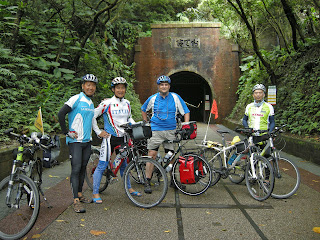 It nearly killed me, but finally, we arrived at a huge house sitting on a roaring high tributary of the Keelung River.  We settled into some homemade Chinese herbal duck soup, rice noodles with all the duck innards, and fresh fruit.  This was the main reason I came back to Taiwan for my bicycle training . . . , hospitality in this country is endless. 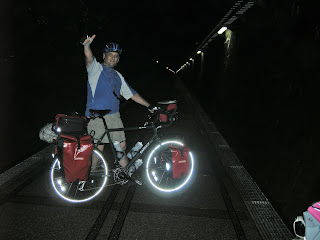 The next day we biked for about forty kilometers into Taipei from the mountains around Jingtong in Pingxi, by following the picturesque Keelung River out of the mountains, and catching the Danshui River cyclist highway (to avoid all traffic), which is brilliant (even though the Danshui is still a sewage filled tributary after all these years . . . come on Taipei!). 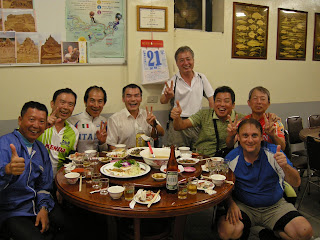 My new friends treated me to a great traditional Chinese lunch with some old favorites, followed by some Chinese pudding with shaved ice . . . , and then . . . "Saichien!" 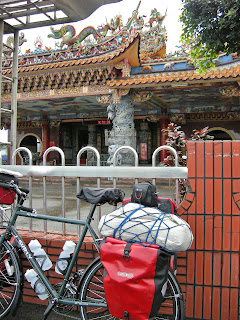 **If you'd like to help with future postings, please feel free to support them through PATREON:
https://www.patreon.com/bikeandsailclassical
Posted by BIKE CLASSICAL at 11:15 PM