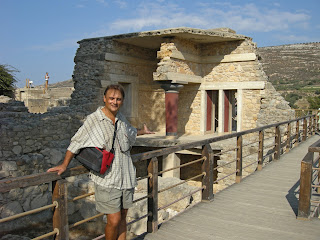 I arrived in Herakleion, Crete by ferry from Piraeus at 6:30 in the morning, only to find a flat tire.  I pumped it up and was on my way to an ancient site I had long dreamed of visiting . . . Knossos (picture above). The road to Crete has been quite a journey, and leaving Italy was not easy after having been treated with such warm hospitality over the past two and a half months. 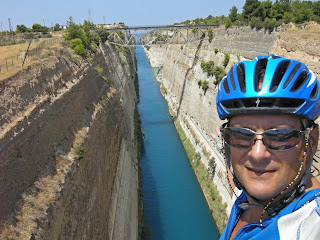 Having spent a month backpacking to the ancient cities of Greece some five years ago, and now after falling wonderfully behind schedule visiting Magana Gracia (Greater Greece throughout Sicily and southern Italy), I decided to make my way to Crete as  quickly as possible. I cycled to Brindisi in Pugia, Italy from Taranto and caught the ferry to Patras (via Igoumenitsa) the same night.  I then cycled for four days, crossing the ancient canal Corinth, (picture above, which was begun by Nero in 64 AD, who struck the first blow with a golden pickaxe, leaving the rest of the work to 6000 Jewish prisoners), and on to Piraeus, where I caught an evening ferry to Herakleion, Crete. 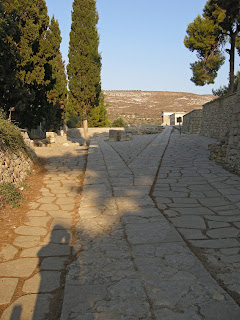 The Royal Road (above) to Knossos (leading from the Little Palace) ends at the Theatral Area outside the Palace, which could accomodate up to 500 people to view religious processions. 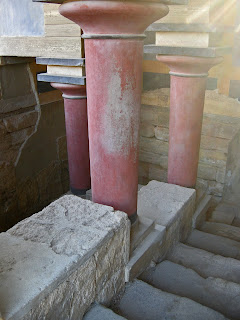 The Grand Staircase (of which five flights are preserved) accessed the so-called domestic quarters situated on the east side of the central court (above and three pictures below).  Something very interesting about the columns is that they taper out/wider from bottom to top.  The reason for this is, that the original columns were made from cedar trunks, and they were inverted so that they wouldn't sprout!! 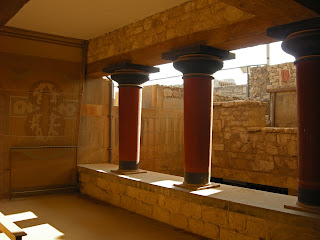 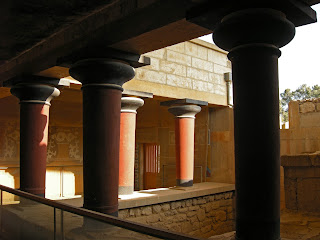 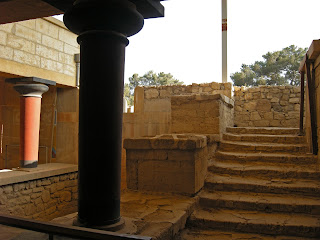 The Queen's Megaron (below) with the mural of dolphins. 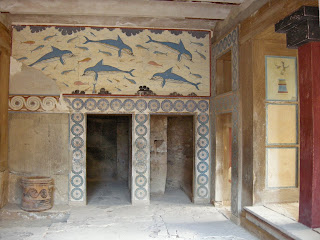 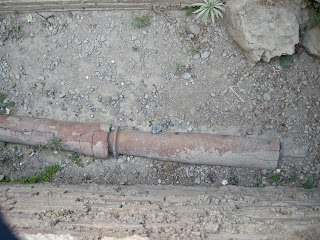 A colorful fresco fragment (below). 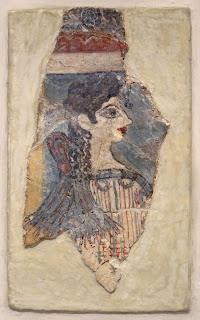 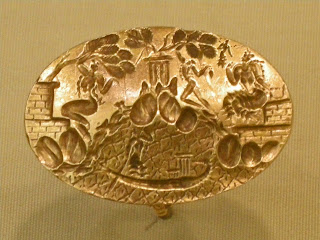 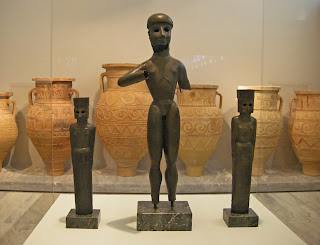 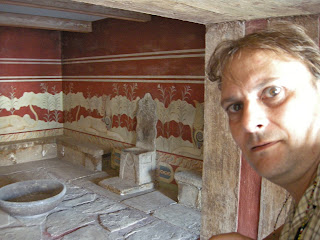 The Throne Room, Knossos (above). 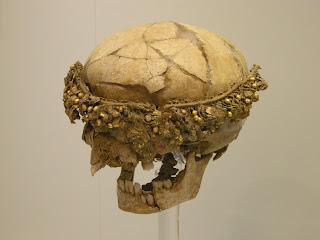 A skull with a gold ornamented crown (above). 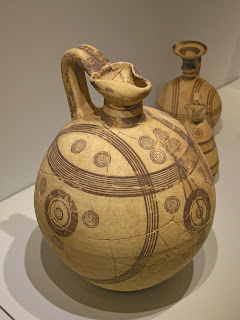 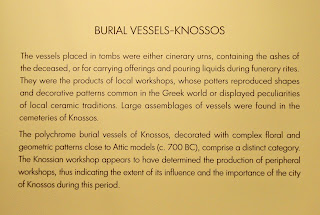 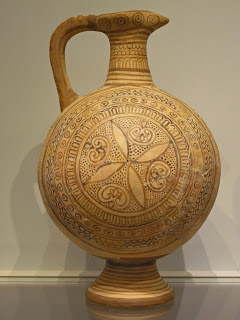 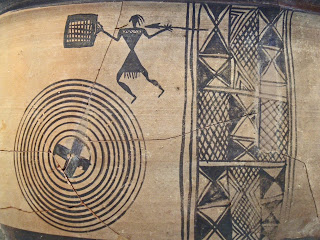 The Royal Road away from Knossos . . . 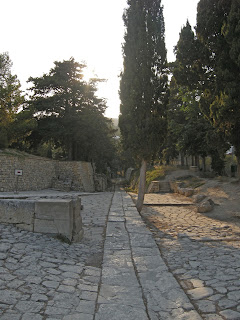 Posted by BIKE CLASSICAL at 9:32 AM