Zeugma: Belkis on the Euphrates 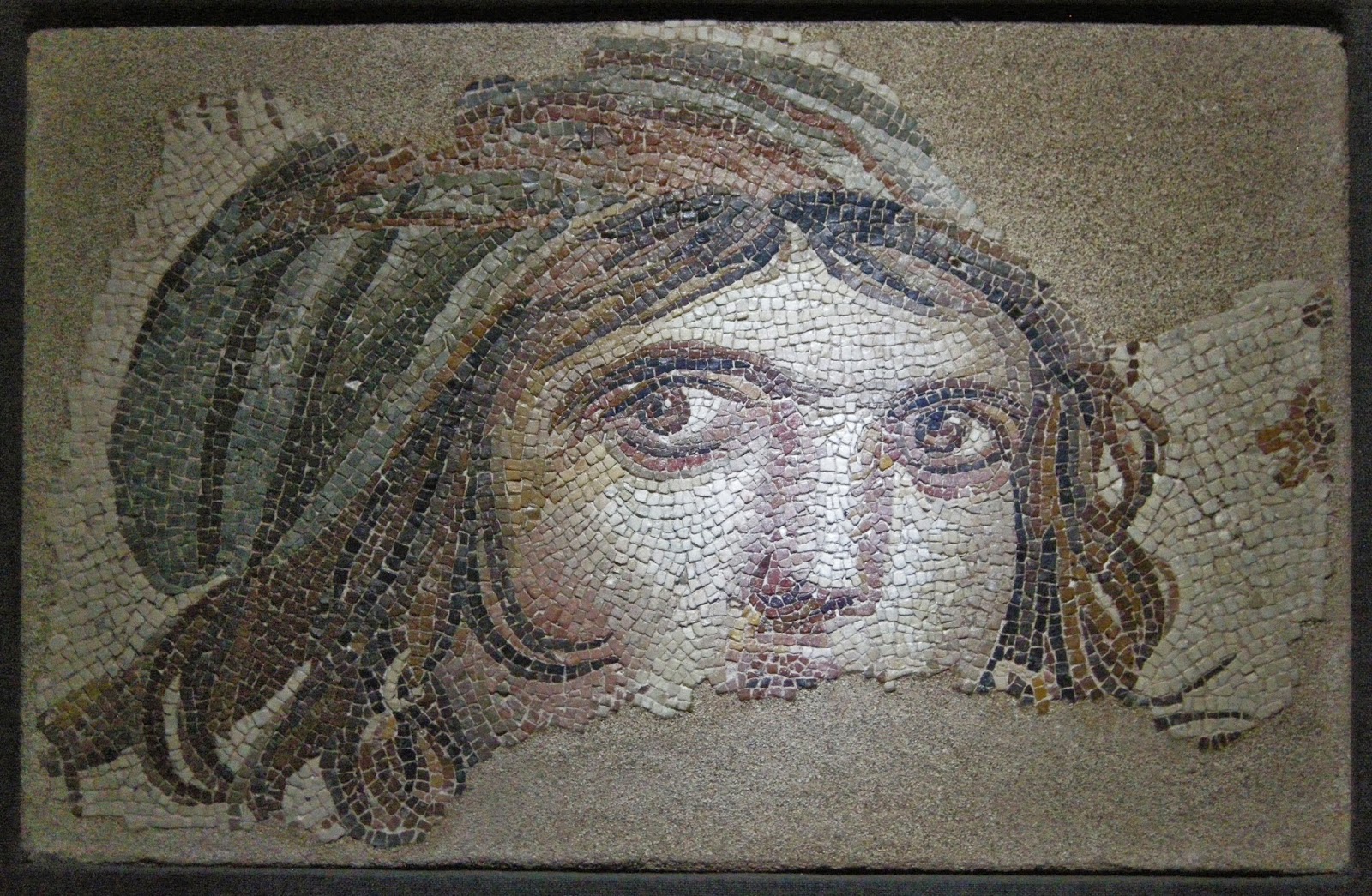 The Zeugma museum is most famous for housing the Gypsy mosaic (pictured above). 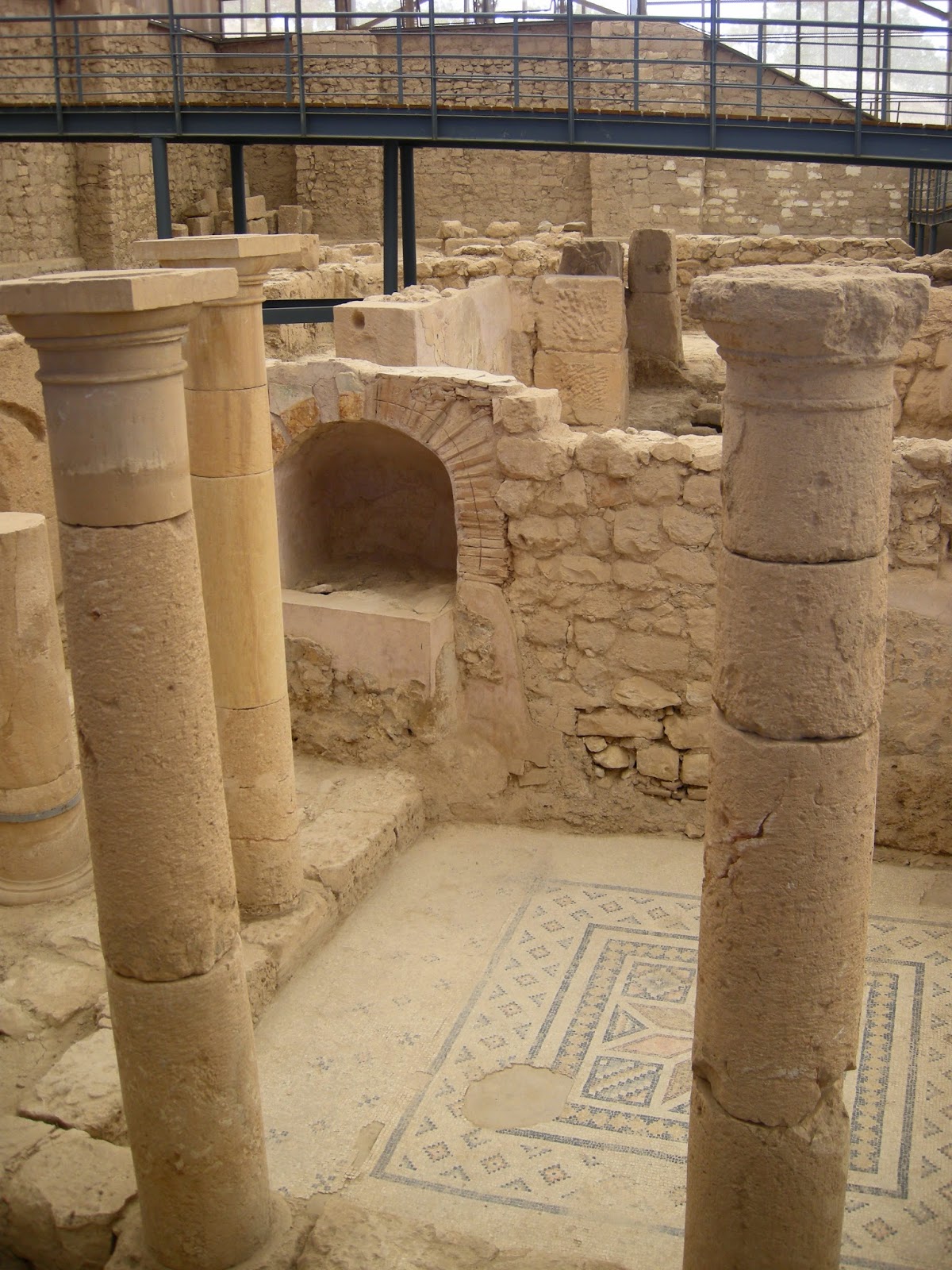 The upper city palace remains in situ where it is now preserved by a massive roofed glass enclosure (see above and below). 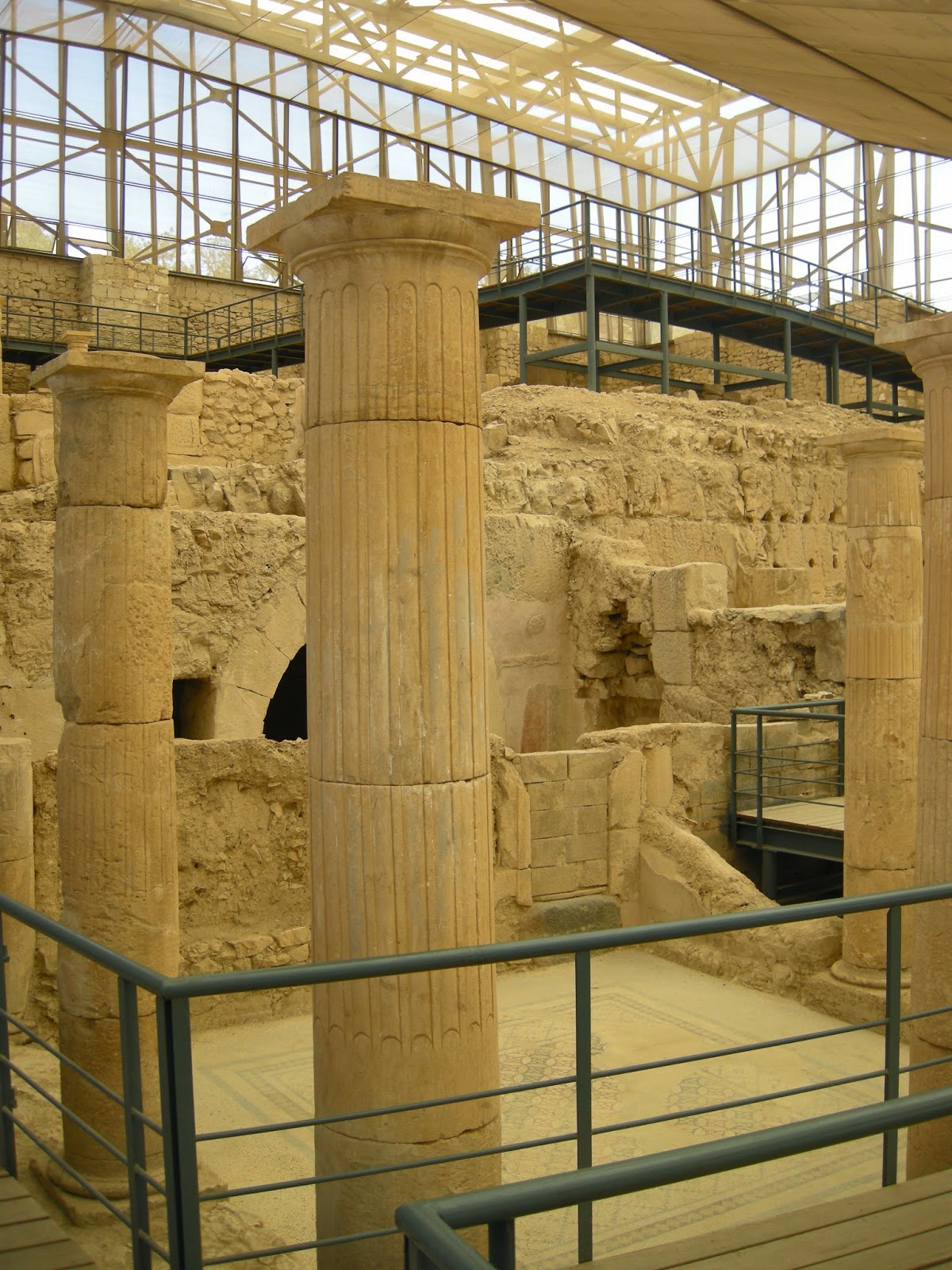 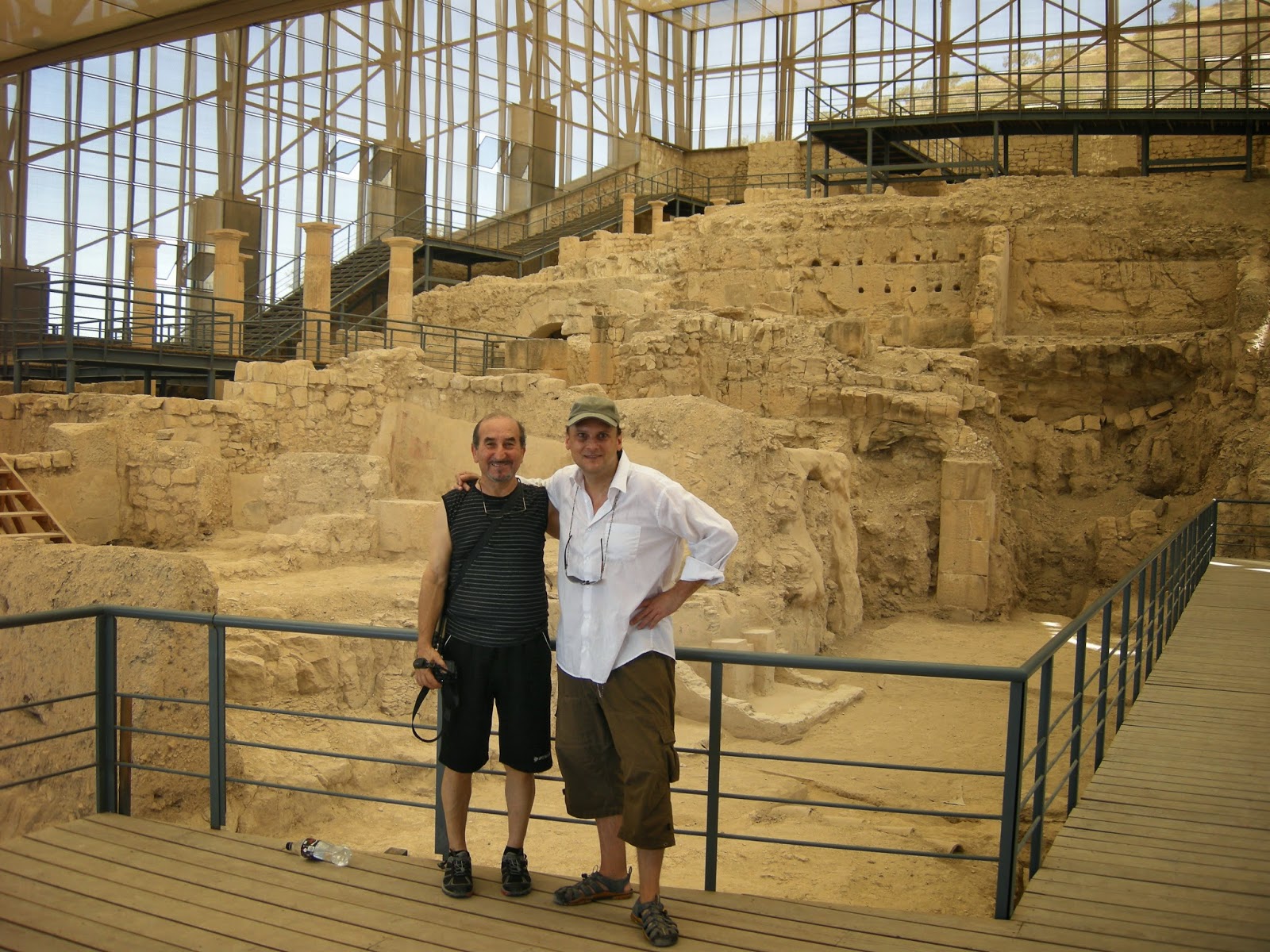 A father (and son, not pictured above) who spoke near perfect English accompanied me through the upper city and, were very generous when I cycled through their hometown of Osmaniye by taking me out for a fantastic kebab dinner! 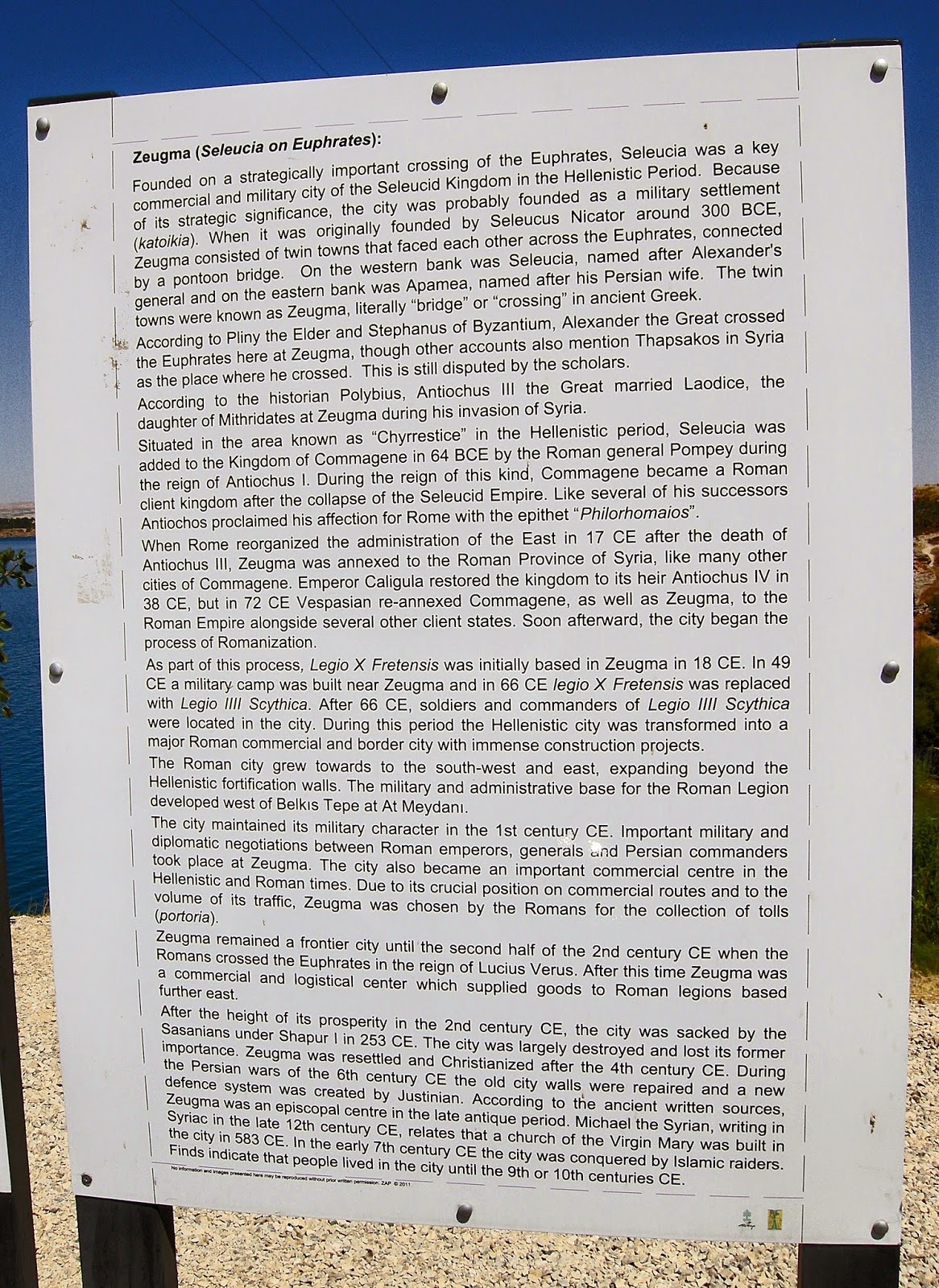 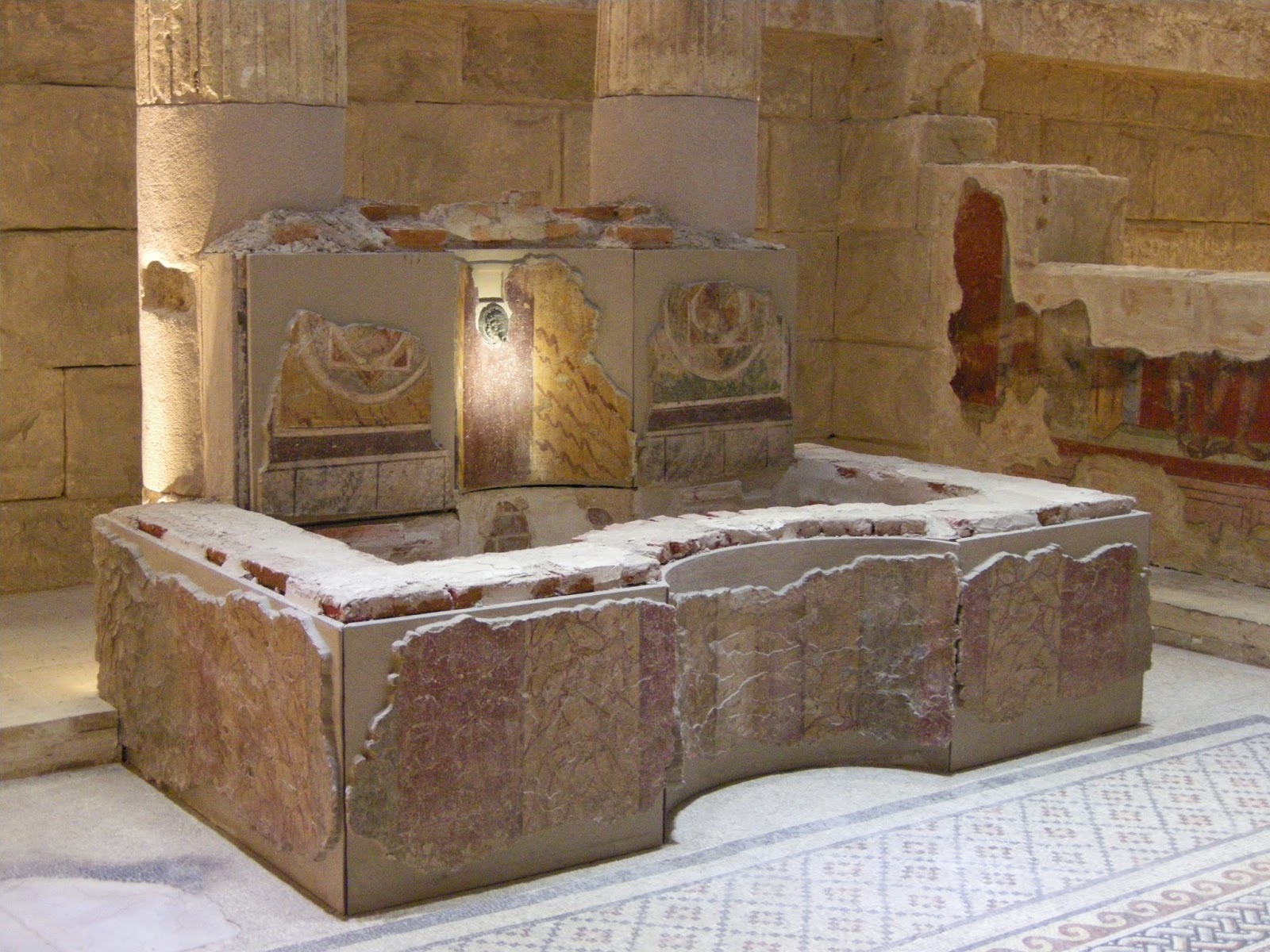 An important crossing point on a curve in the Euphrates, Zeugma, meaning 'the span', was thus named according to Pausanius (2C AD) by the god Dionysus as,'the city in the place where the Euphrates was spanned'. 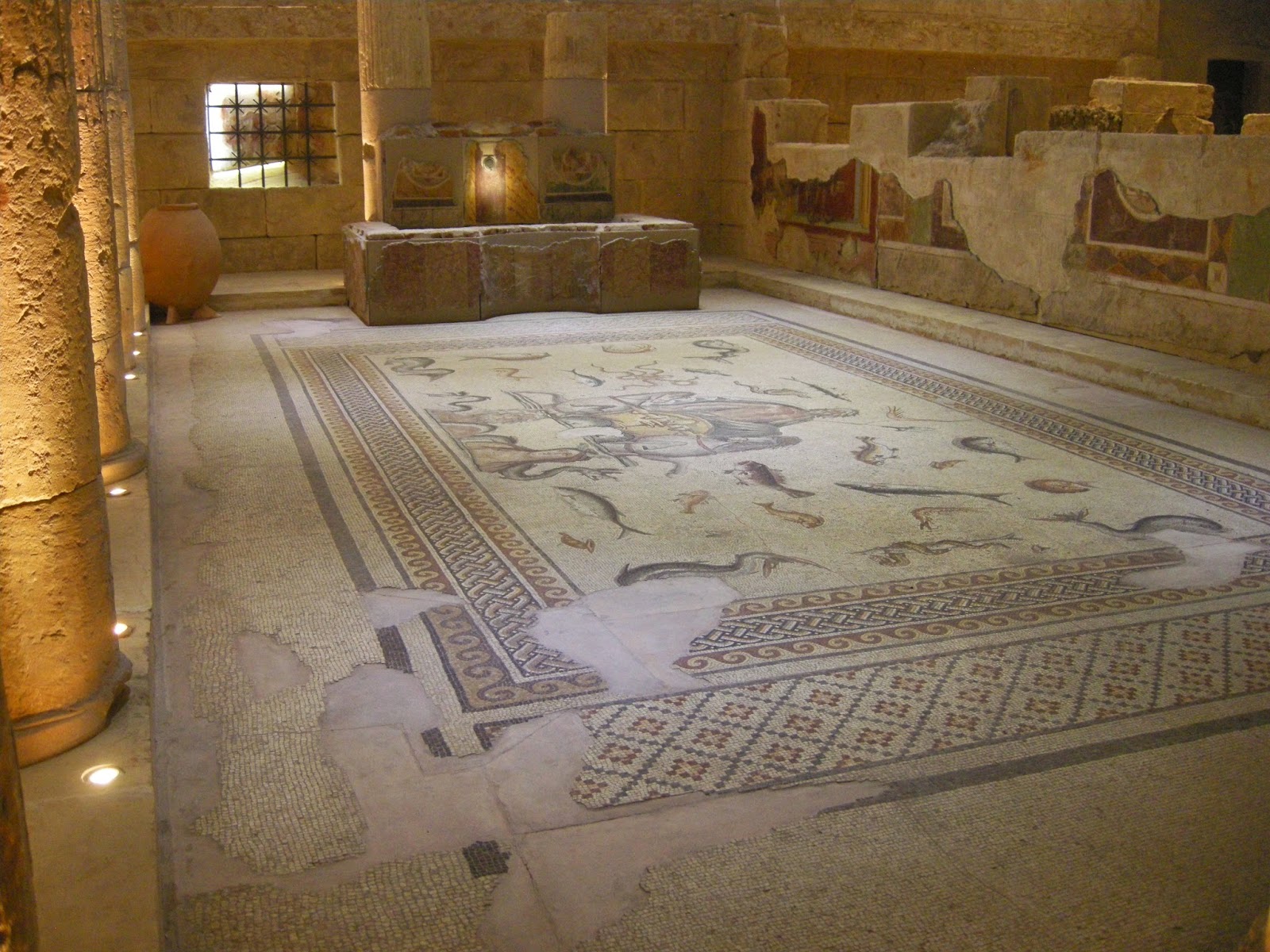 The word zeugma is used in Thucydides histories (5C BC) meaning,'bridge of boats'. 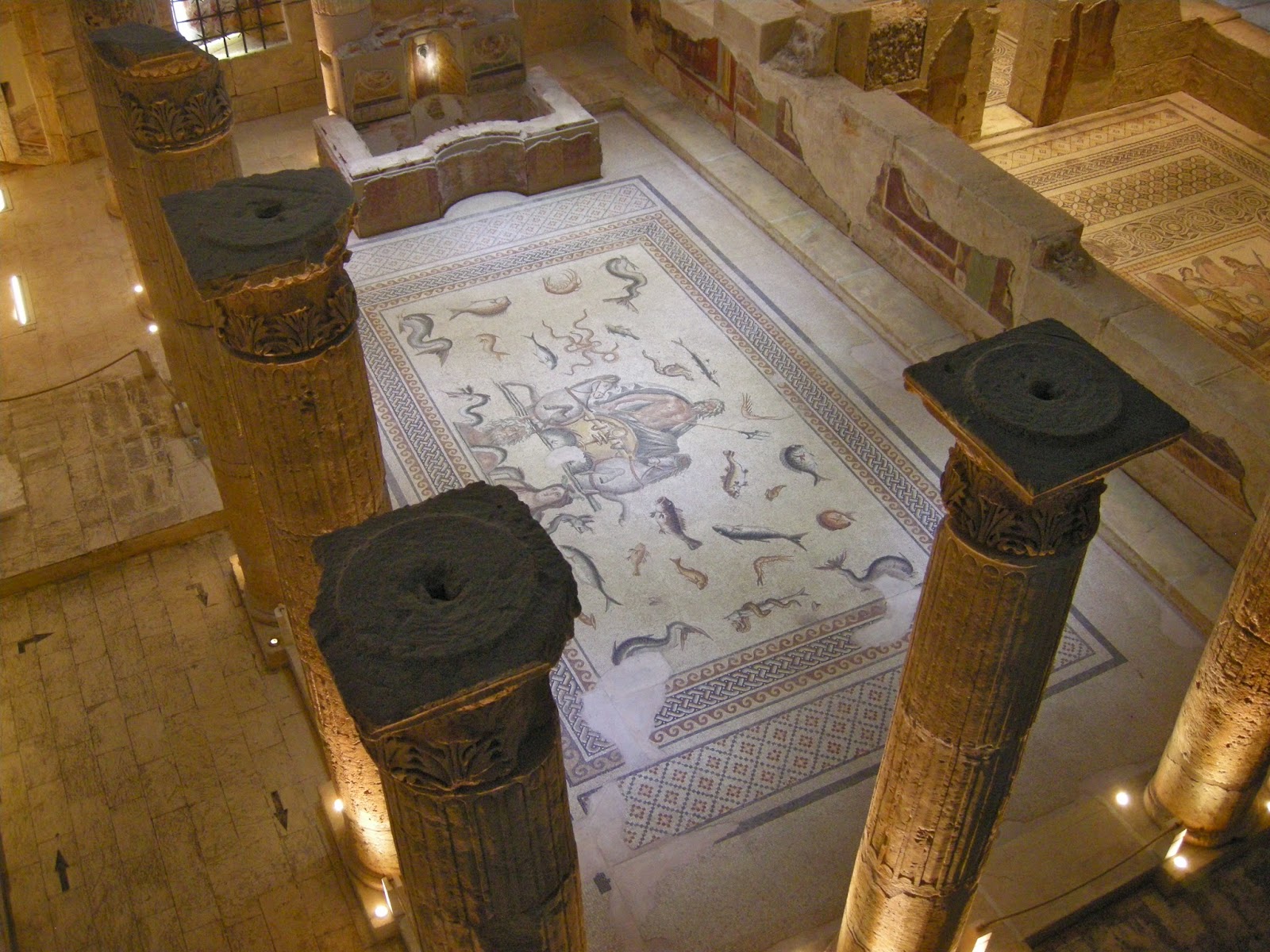 In 64 BC, Zeugma was given to Antiochus I by the Romans, and who had assumed the role as a member of the toga praetexta, a robe bordered with a purple stripe worn by the higher magistrates of the Roman empire.  This appears to be the beginning of a hegemonic state between Rome and their rival enemy Parthia, whom Antiochus kept close relations. 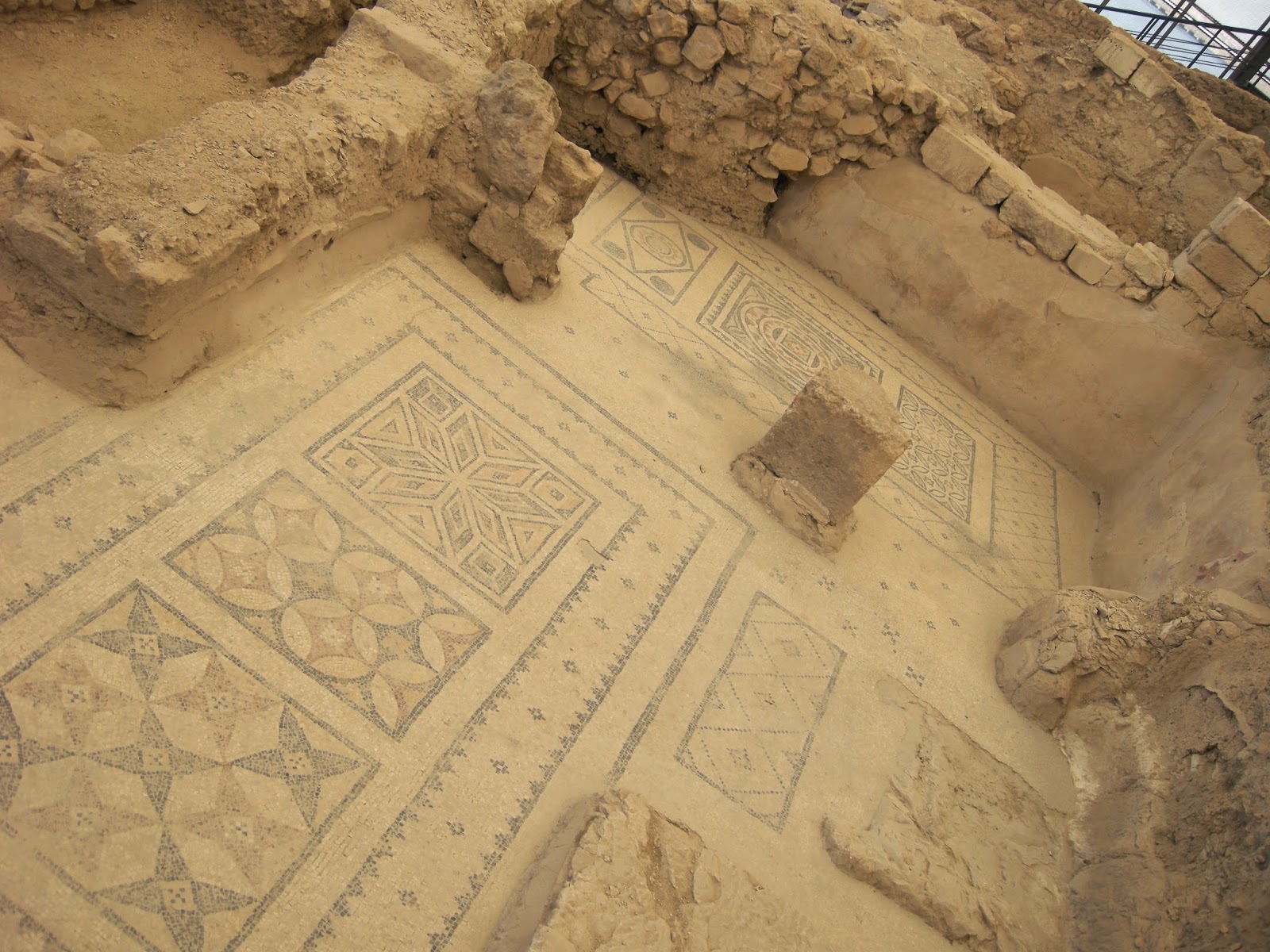 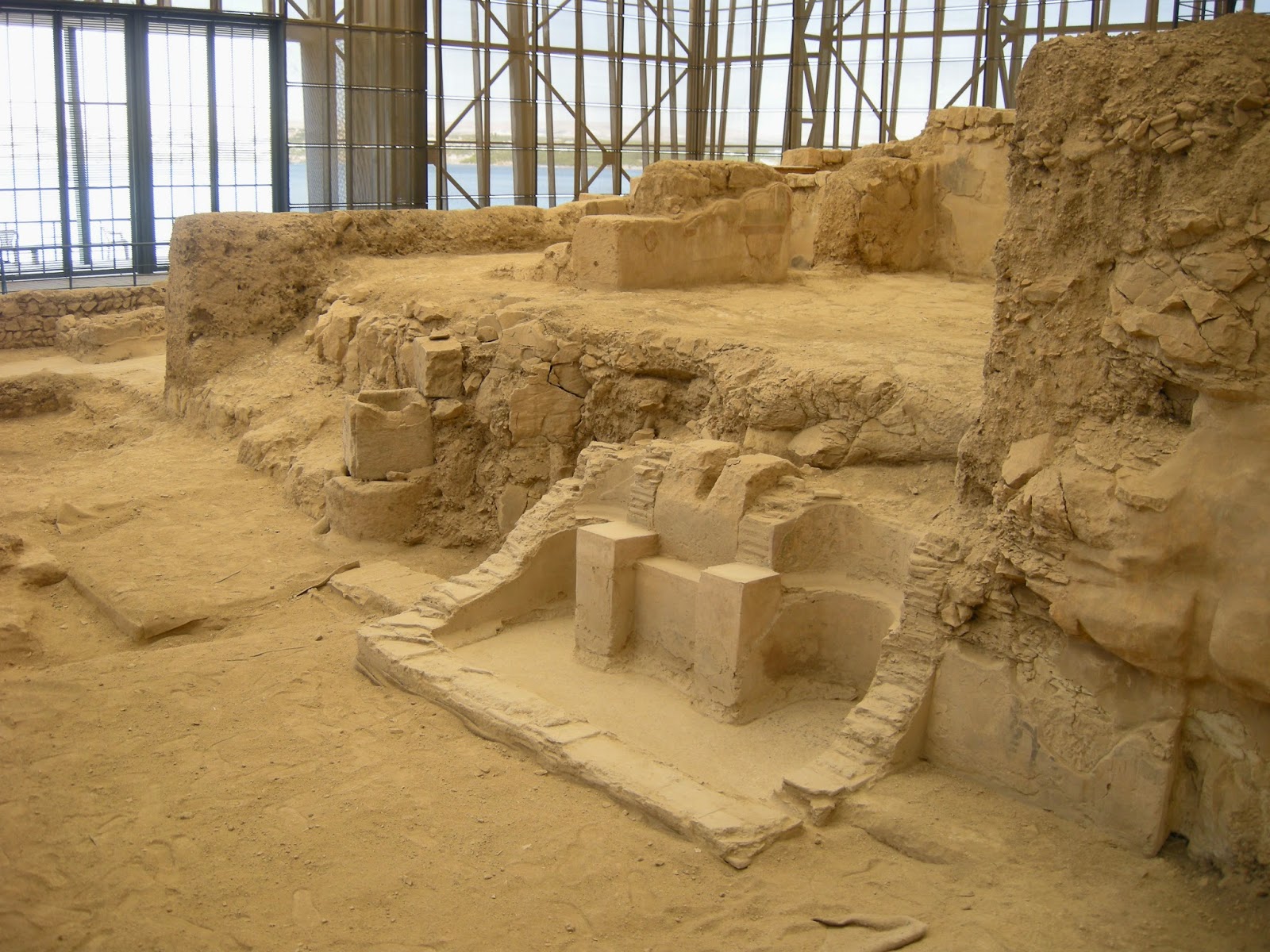 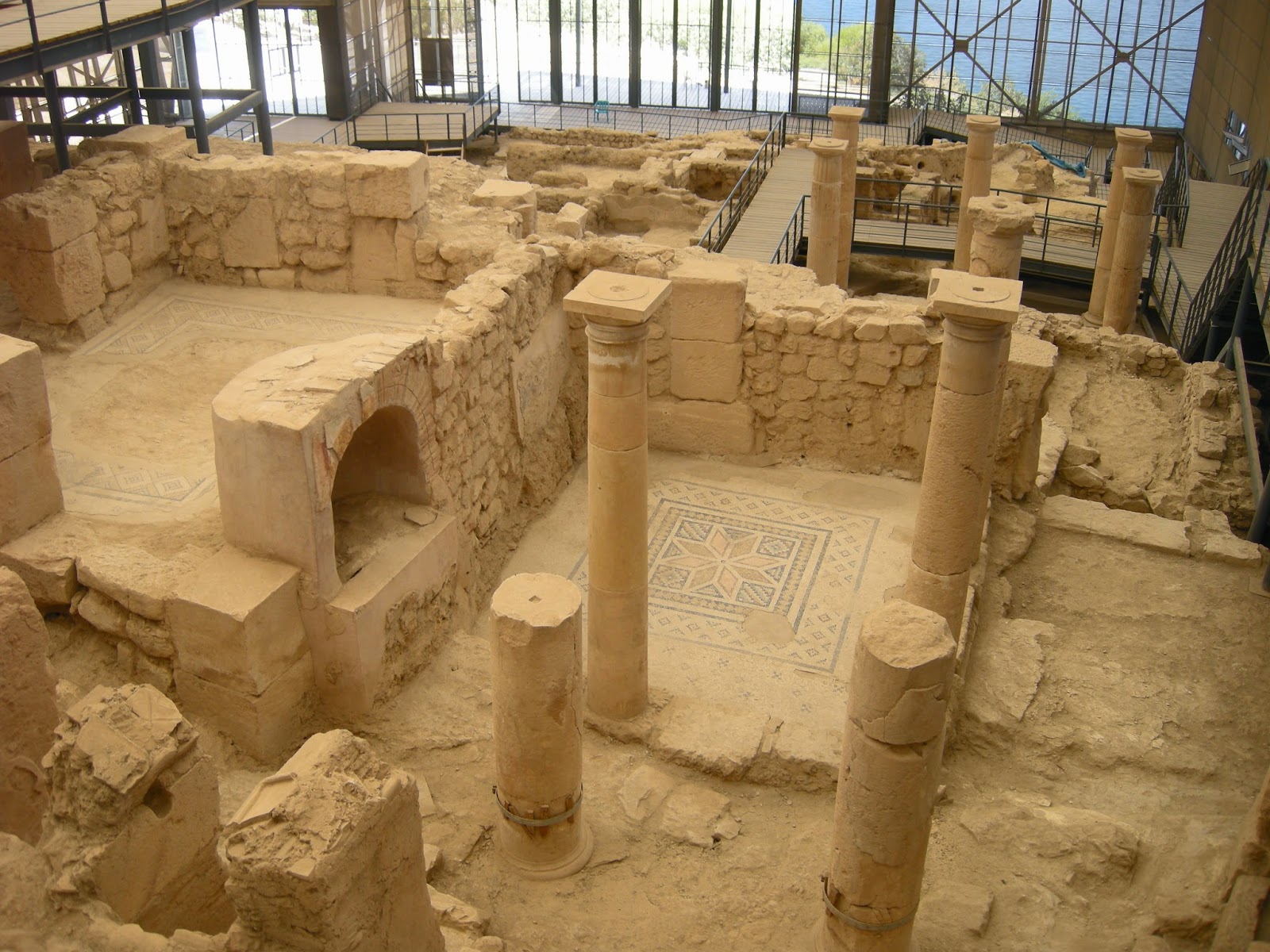 Due to the damming of the Euphrates, the lower city now lay under its currents.  However, the magnificent mosaics and the more major buildings that surrounded them are now preserved in the Zeugma museum in the city of Gaziantep, or, Antep (see above and below). 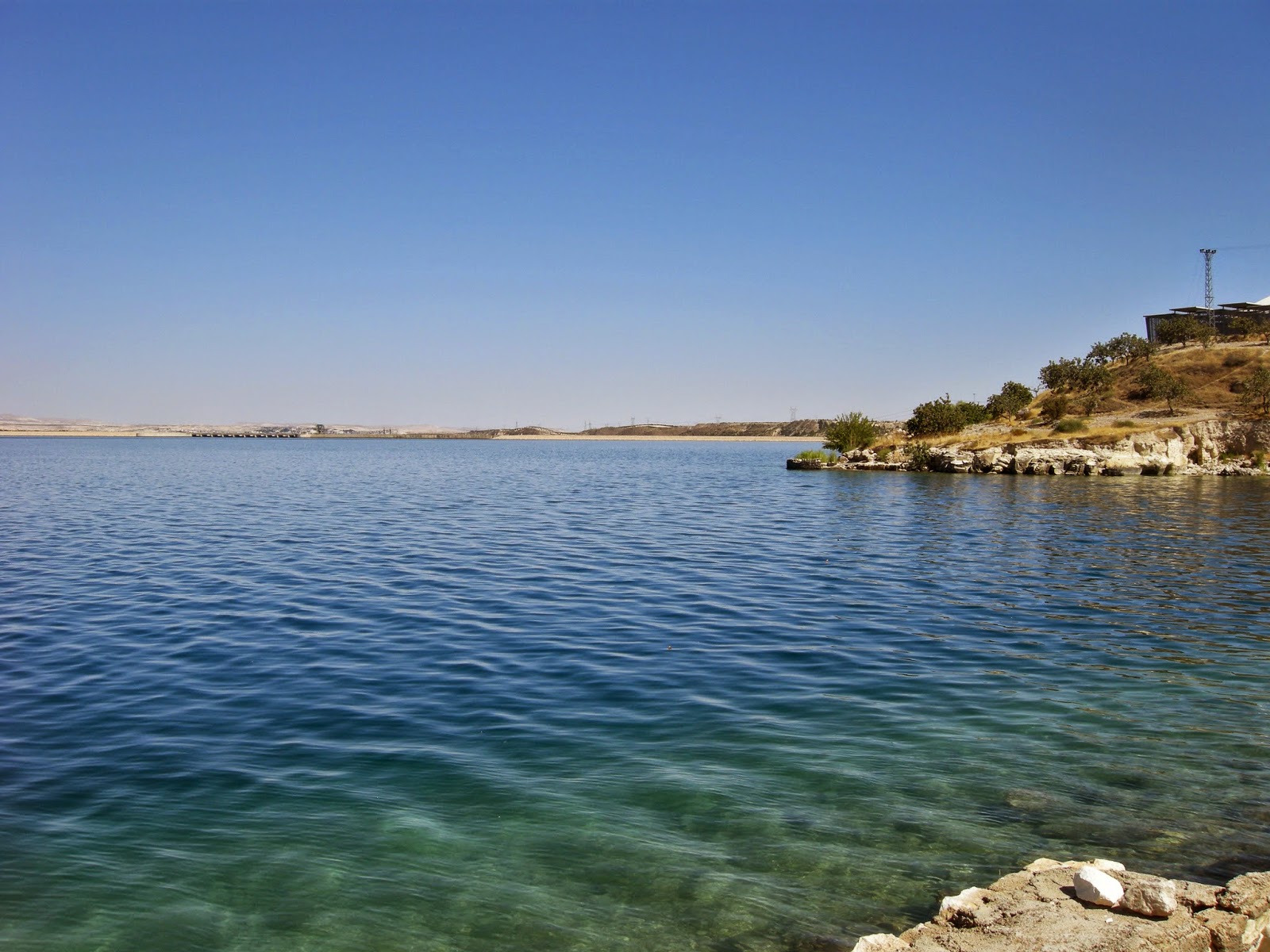 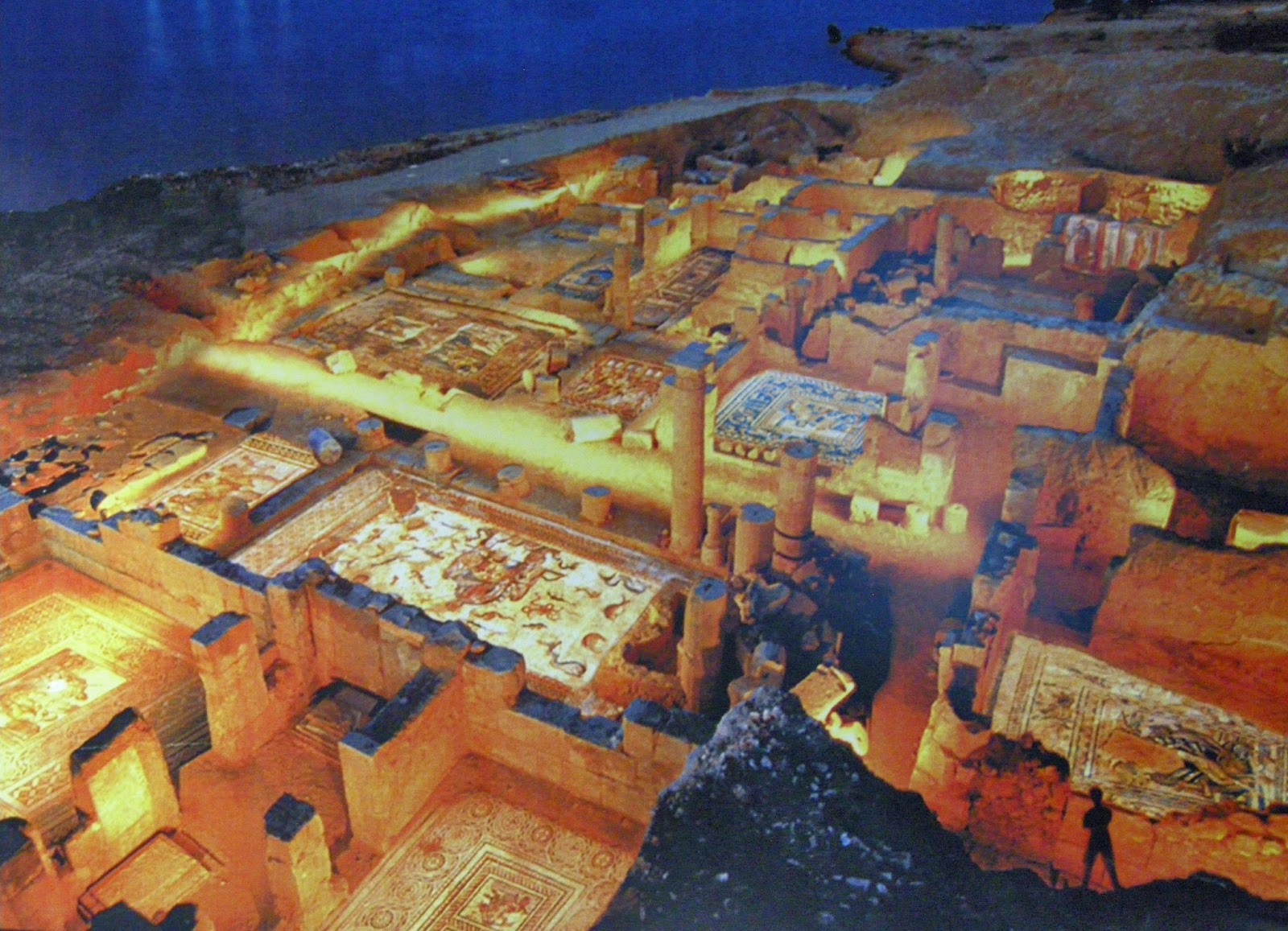 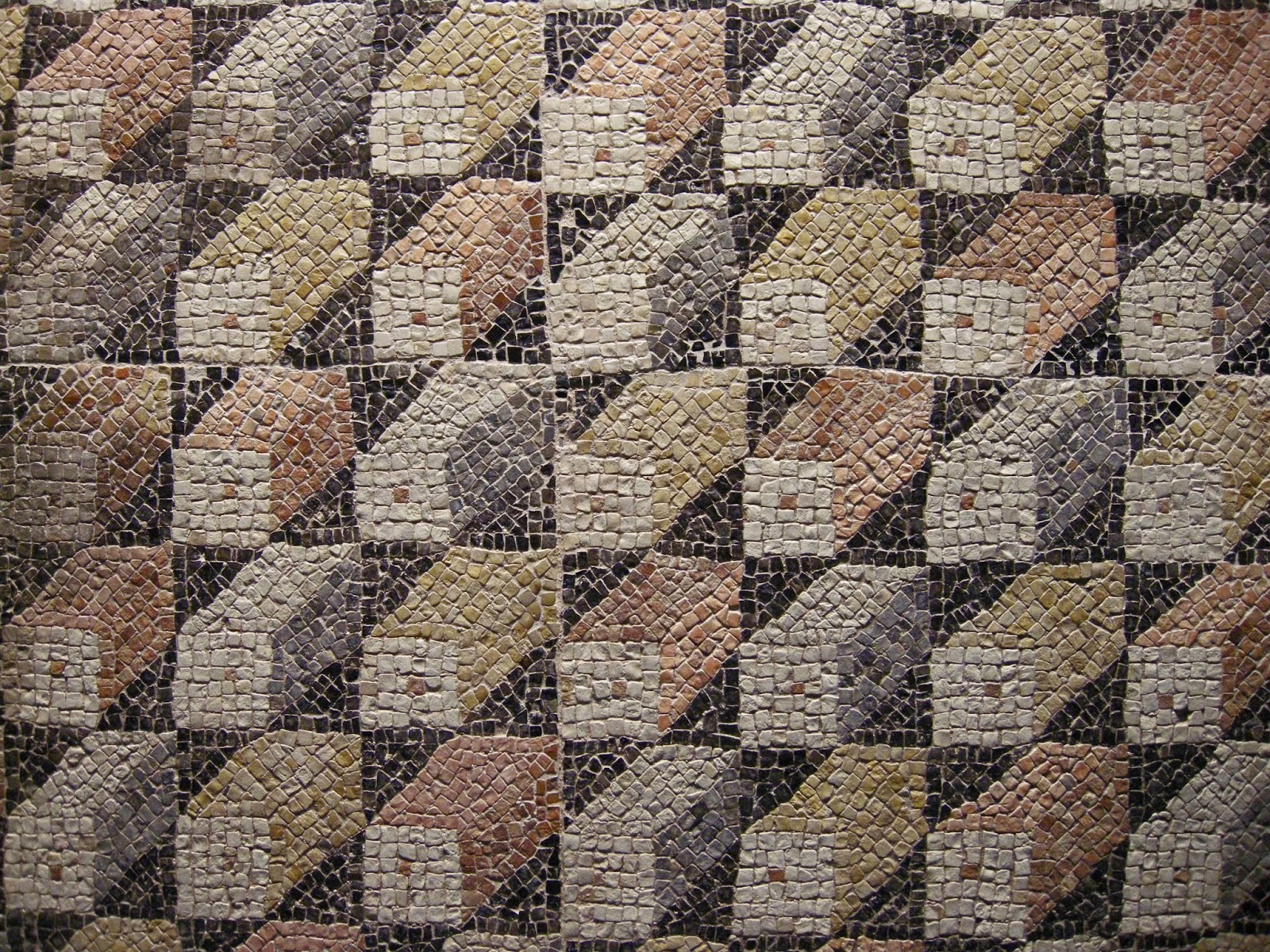 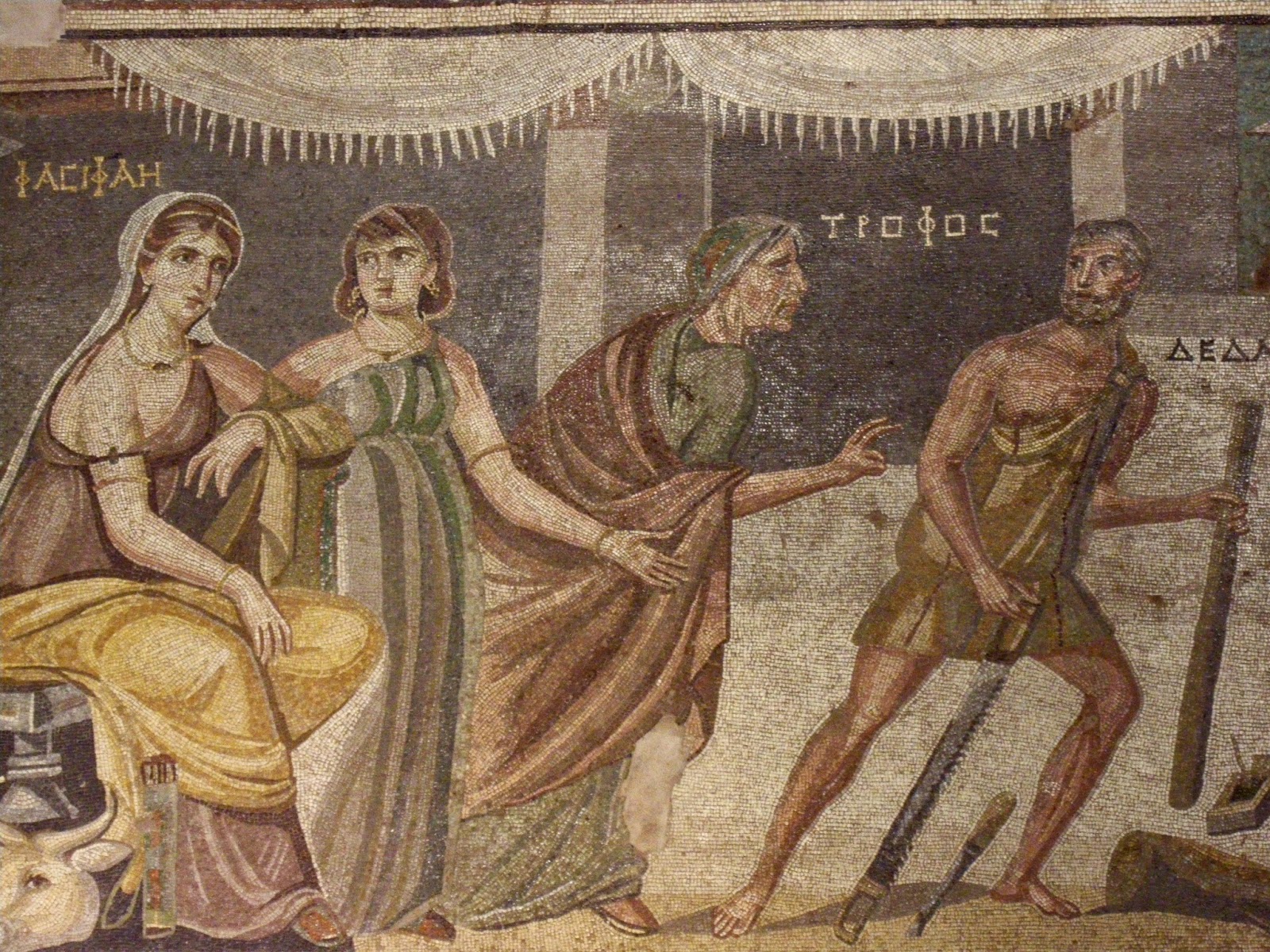 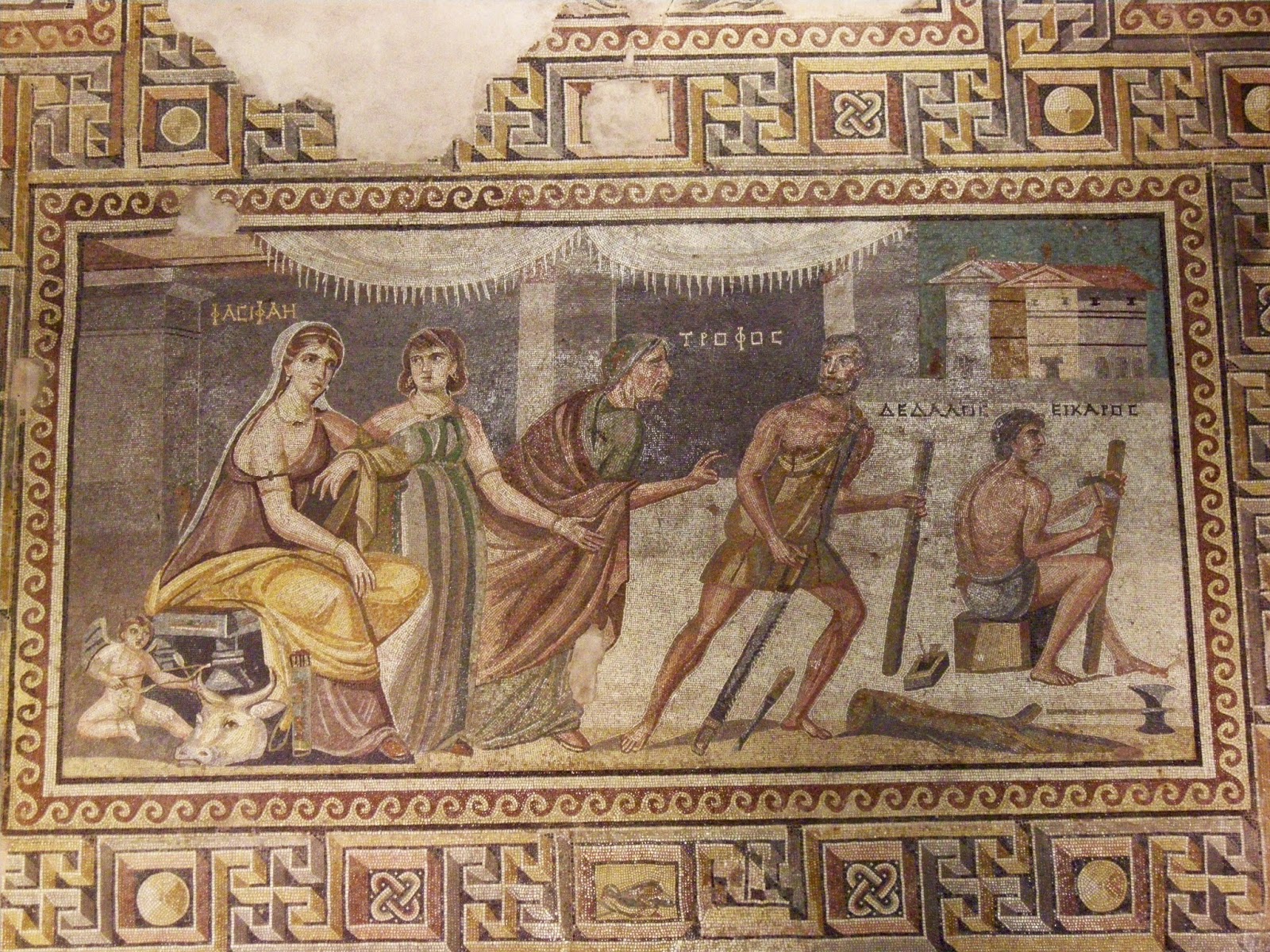 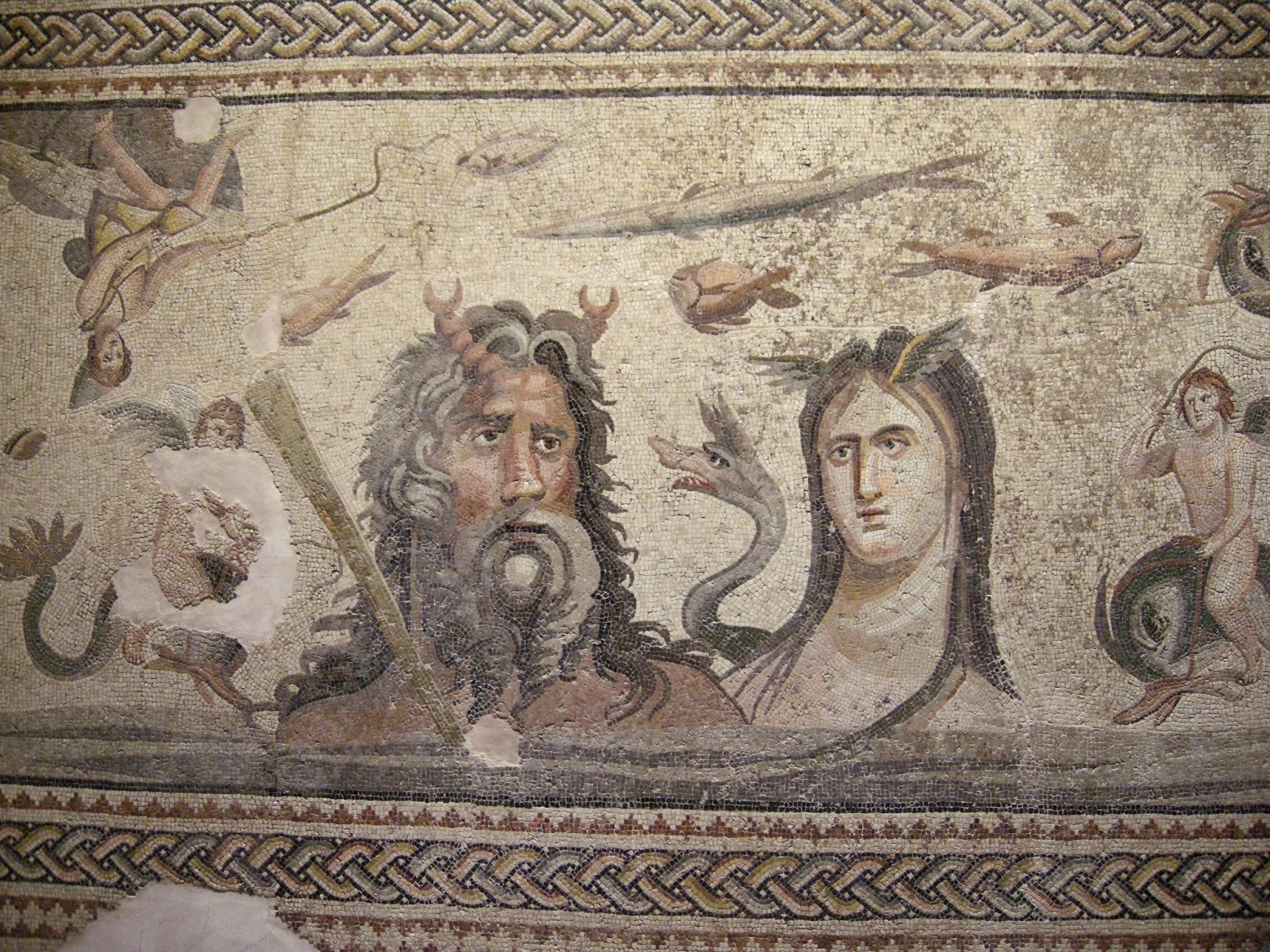 Above, a mosaic of the river god Oceanos and his wife Tethys who are encircled by sea creatures. 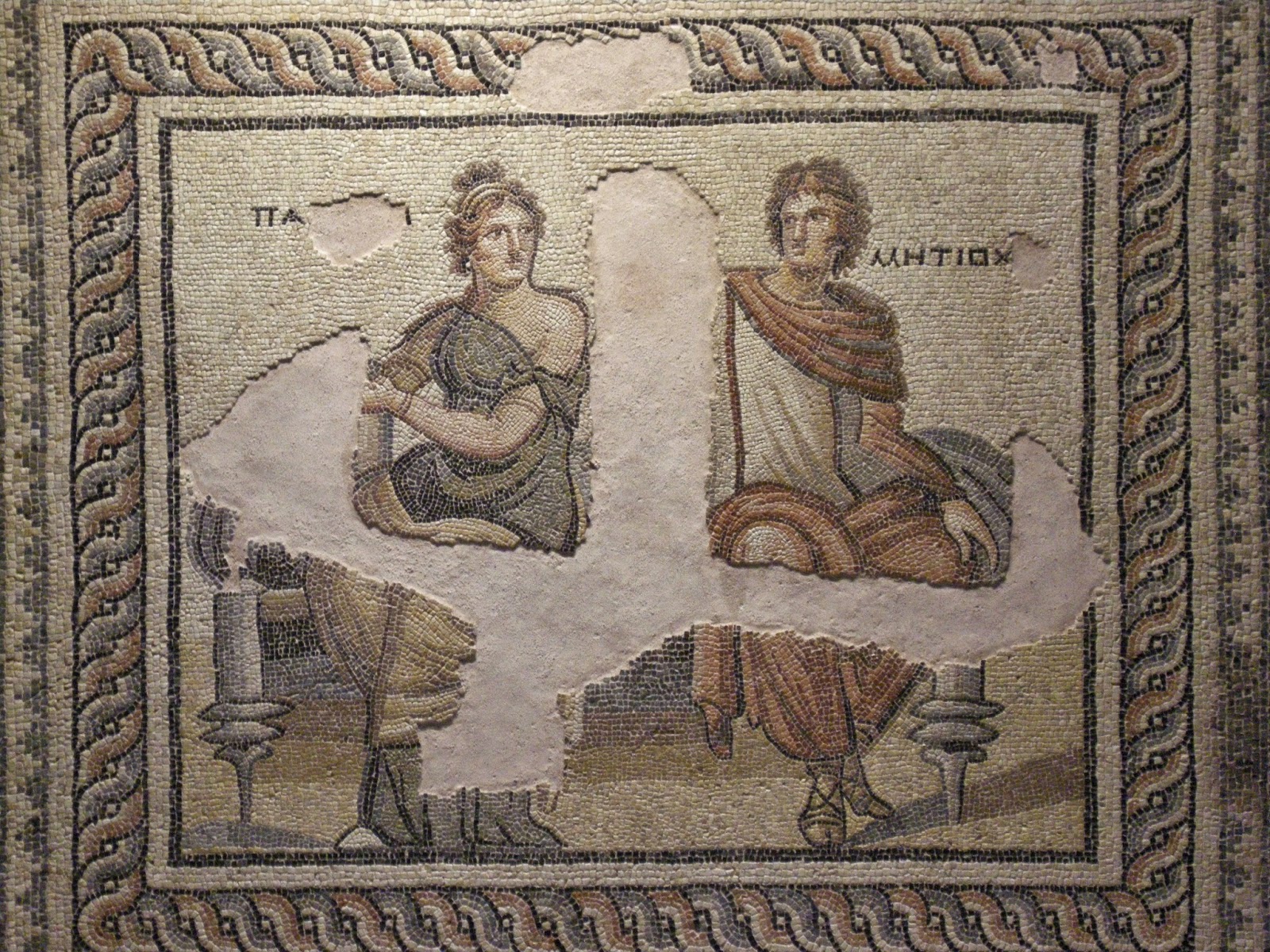 In the mosaic above, Metiochus and Parthenope set their gaze upon each other.  Below, the myth of their relationship plays out, and the history of the mosaic is told. 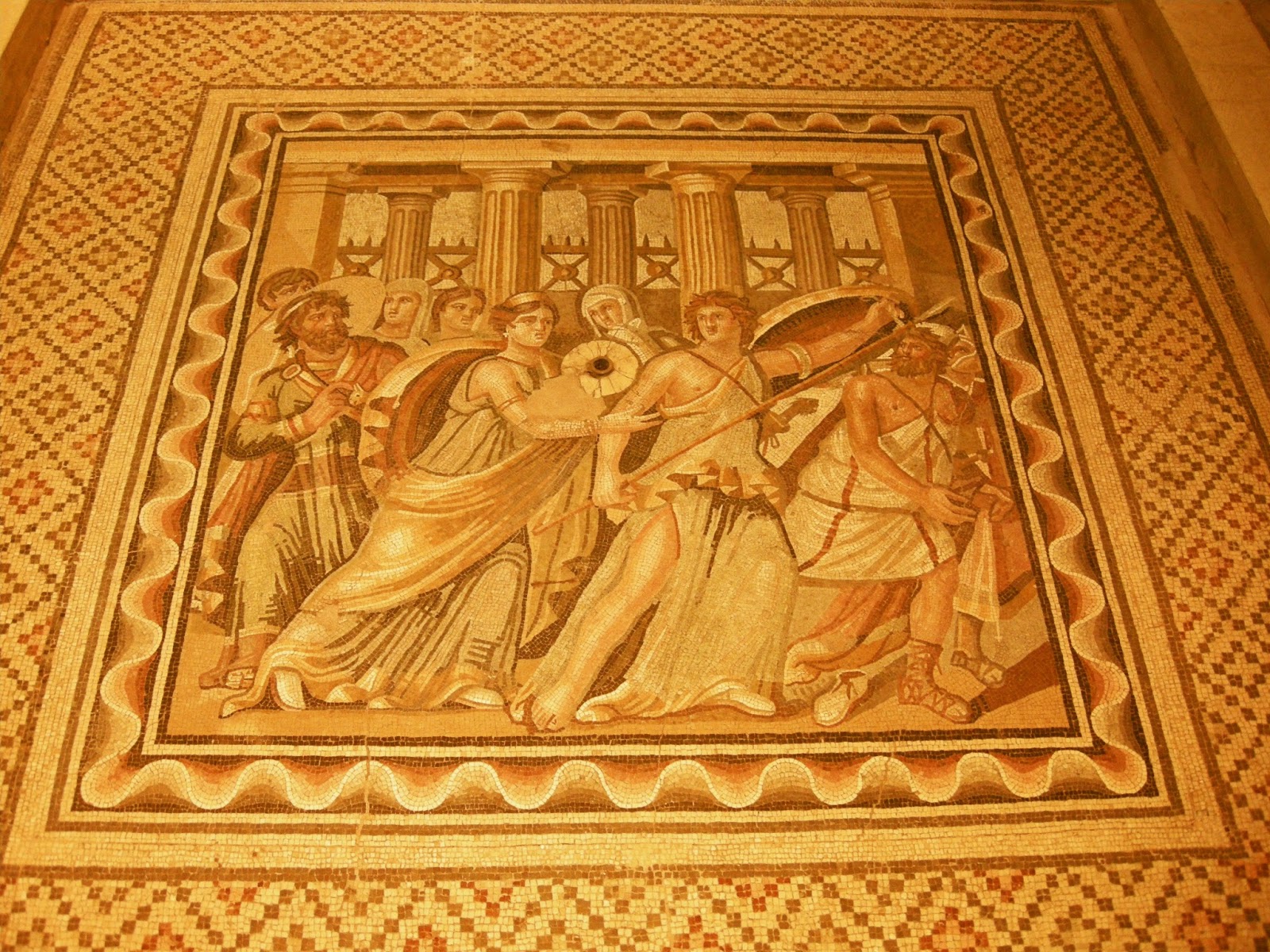 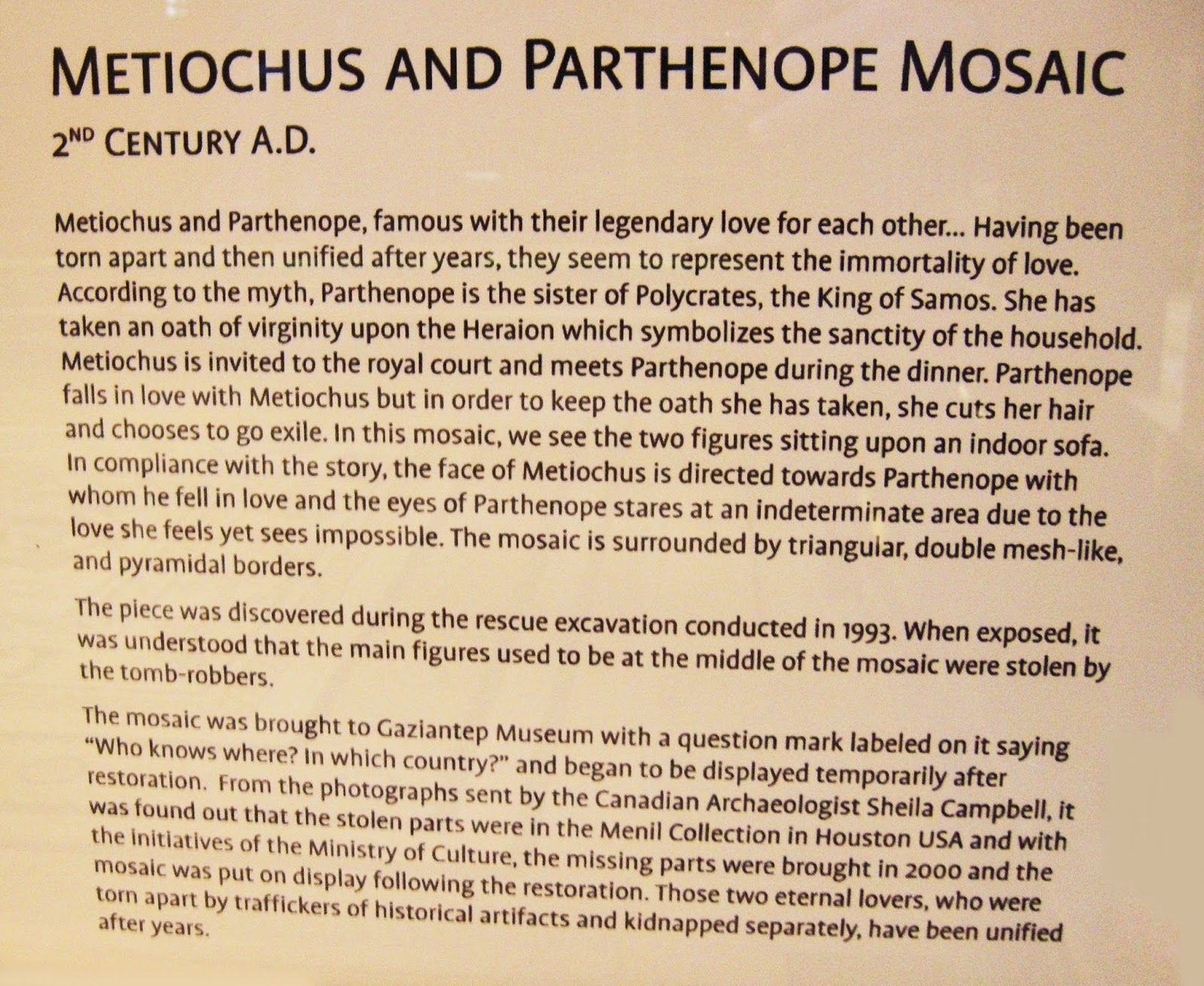 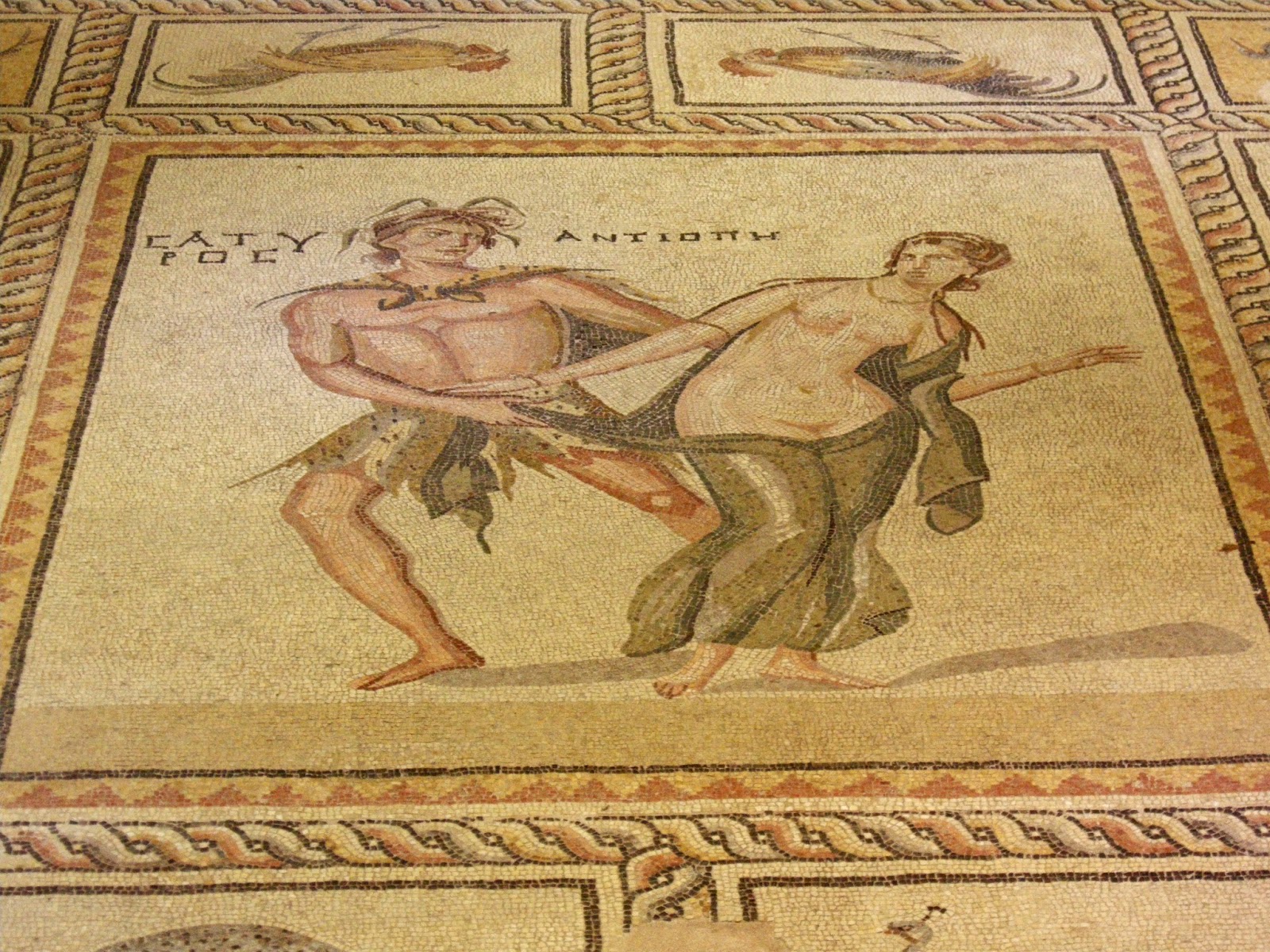 Below, the decapitation of KHTOC. 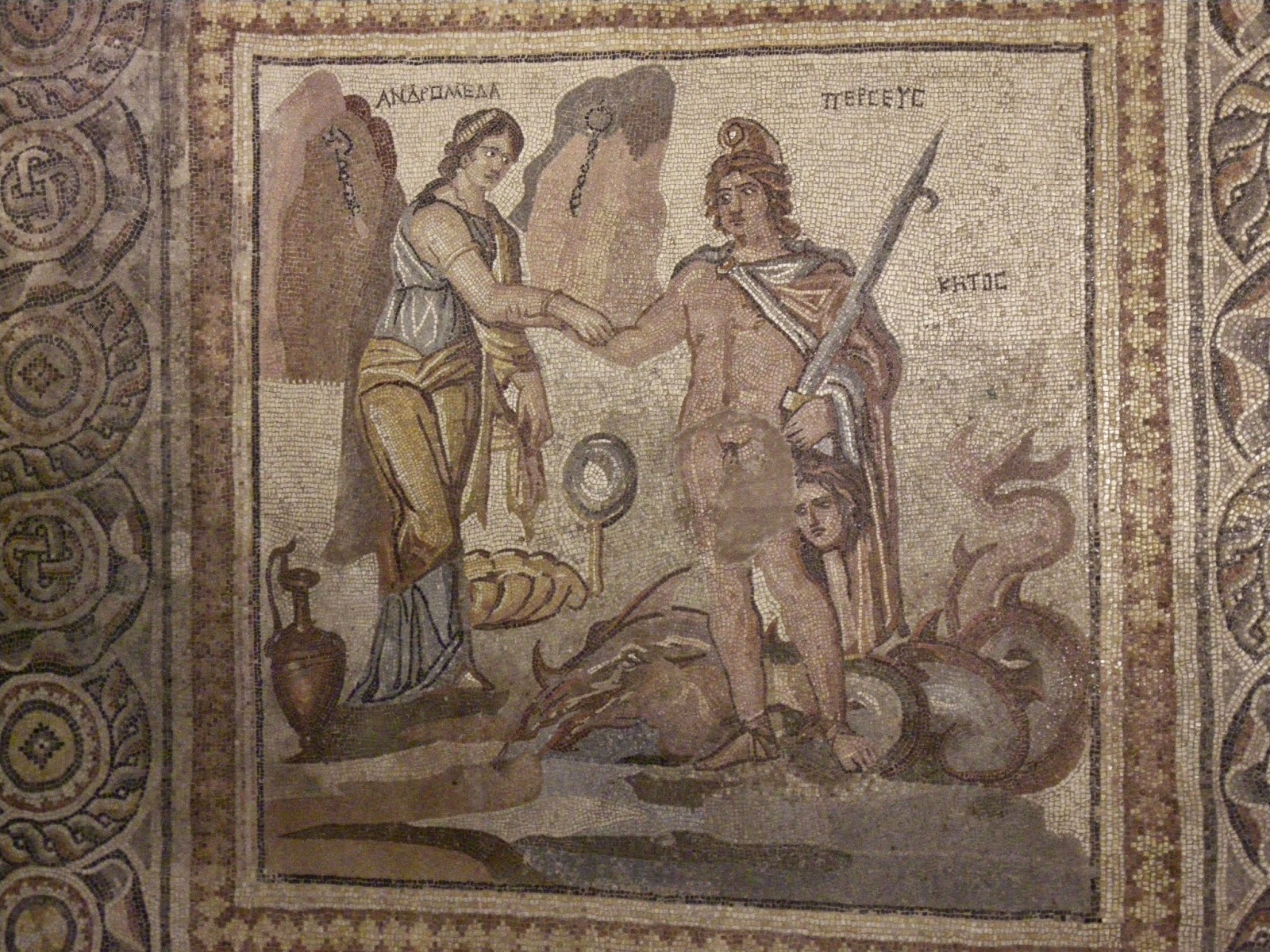 Below, the largest mosaic in the museum depics the tale of Pasiphae and Daedalus and a labyrinth built by Daedalus to confine the fabled Minotaur. 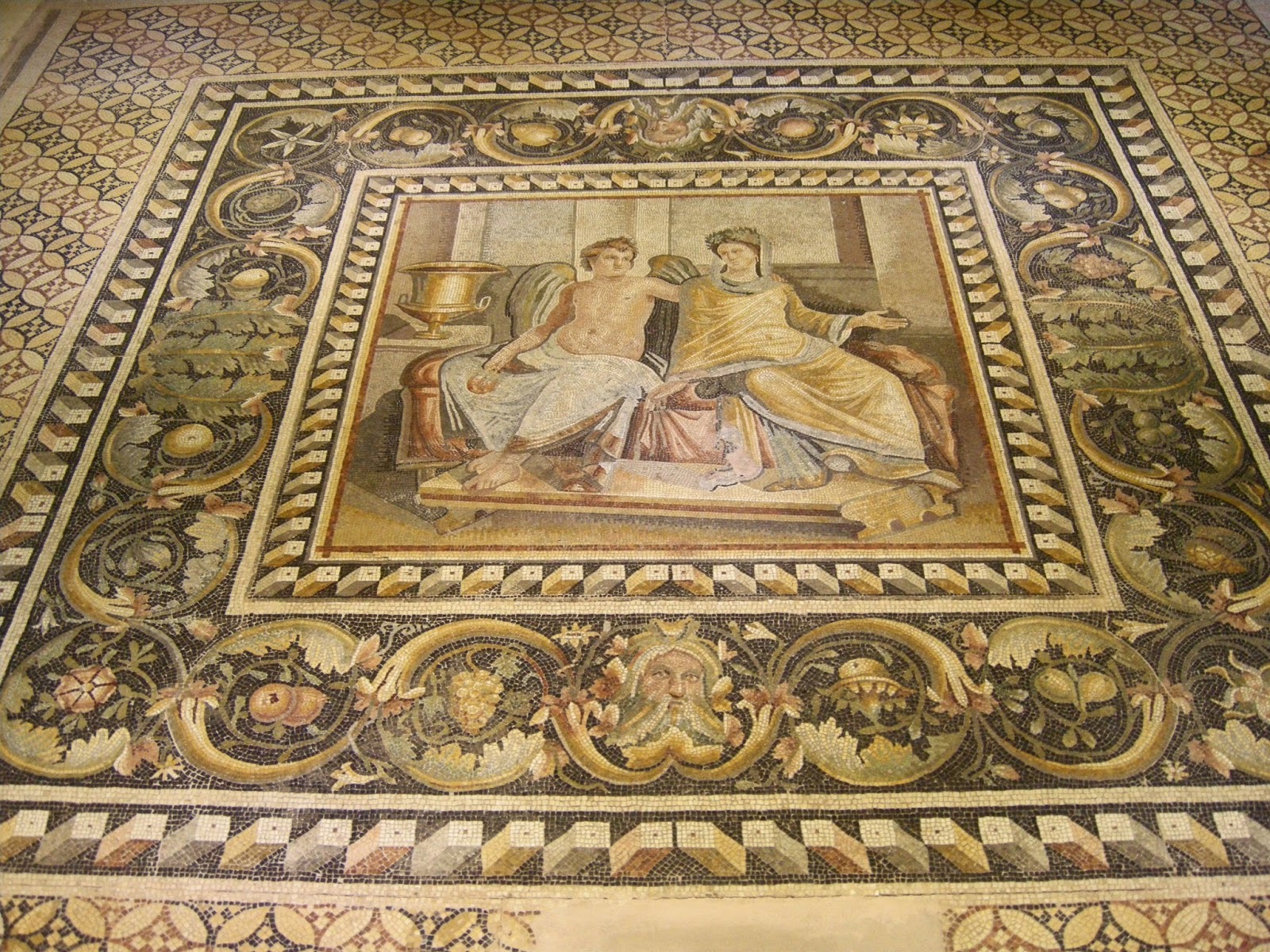 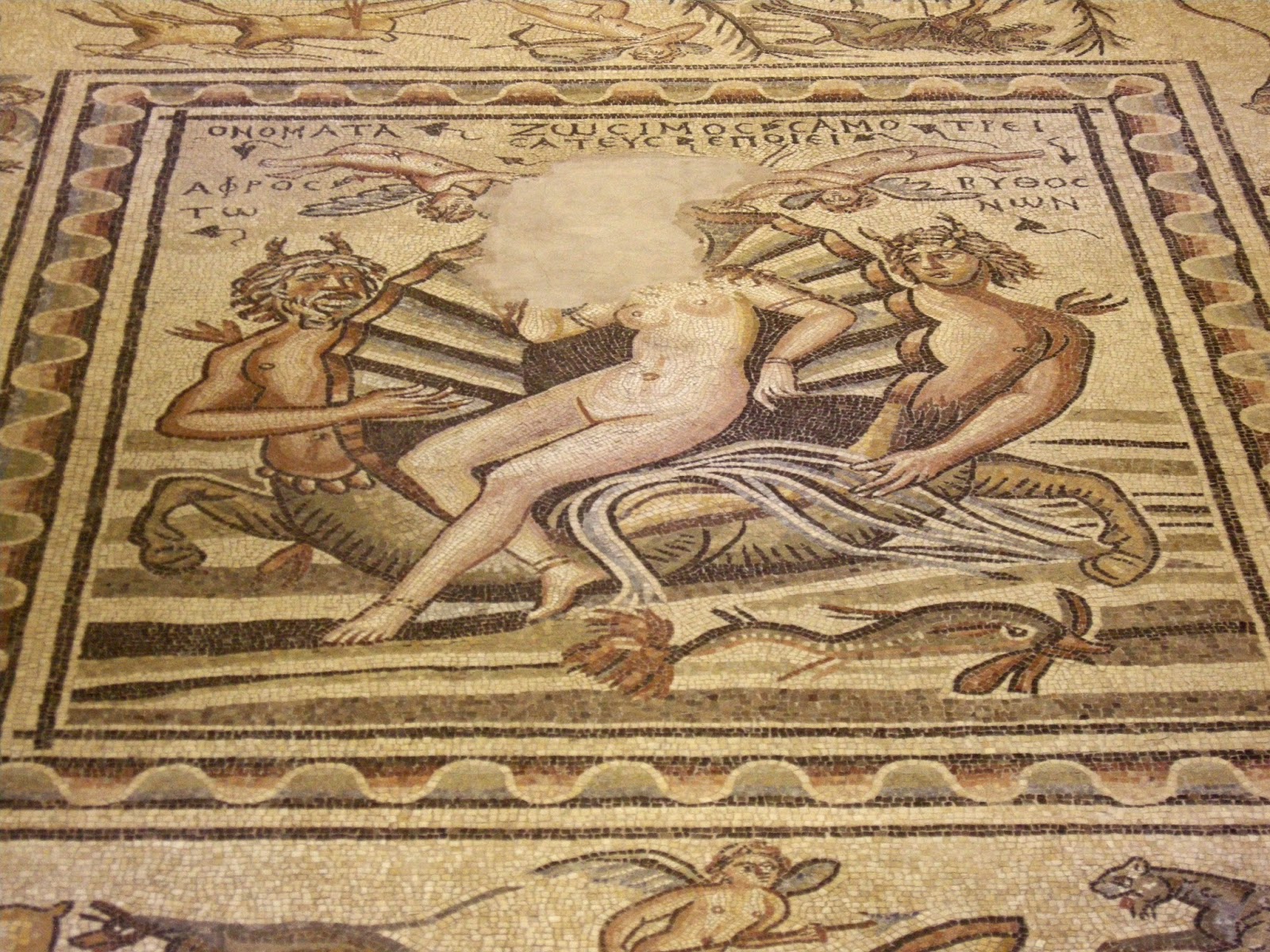 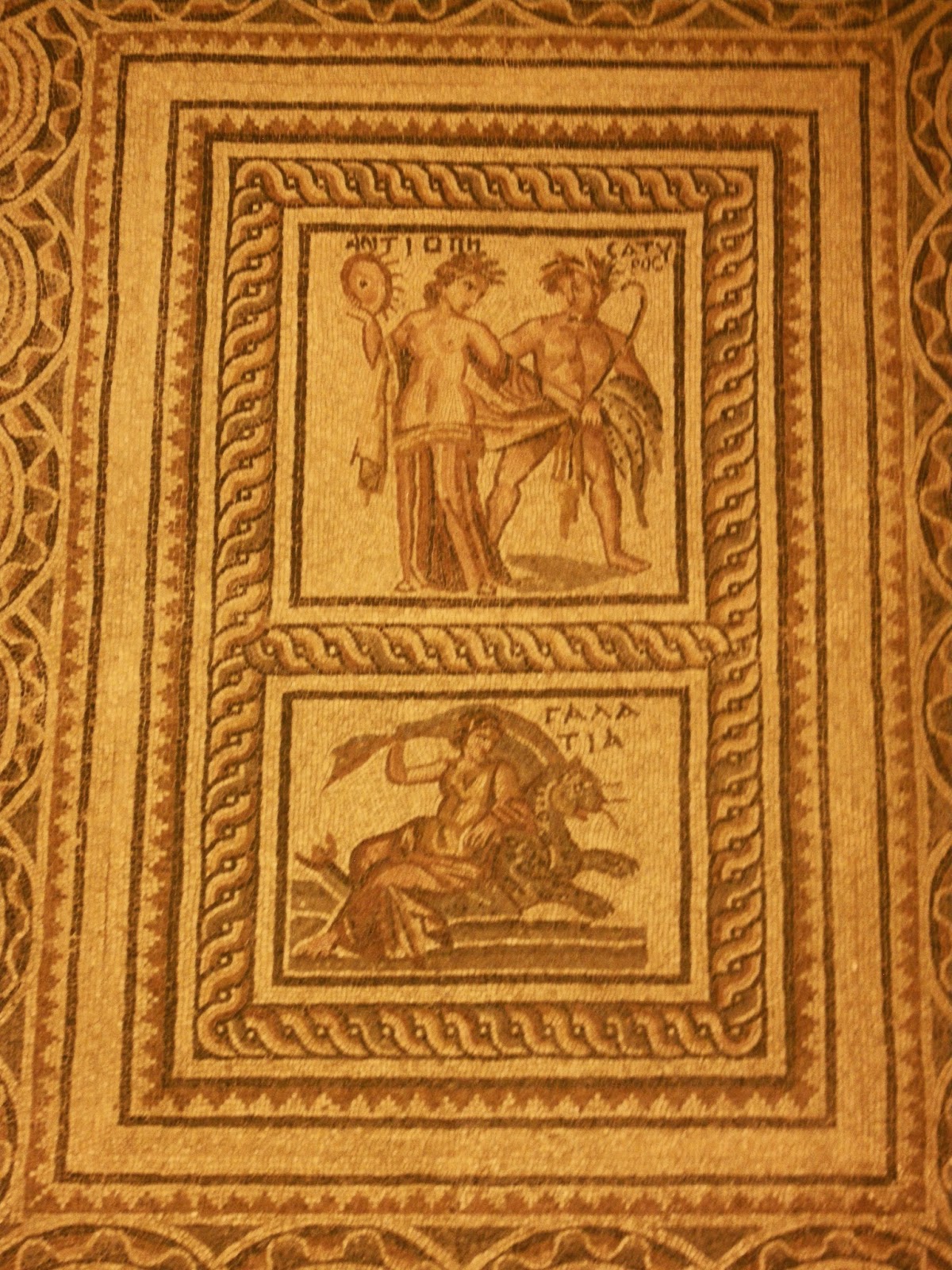 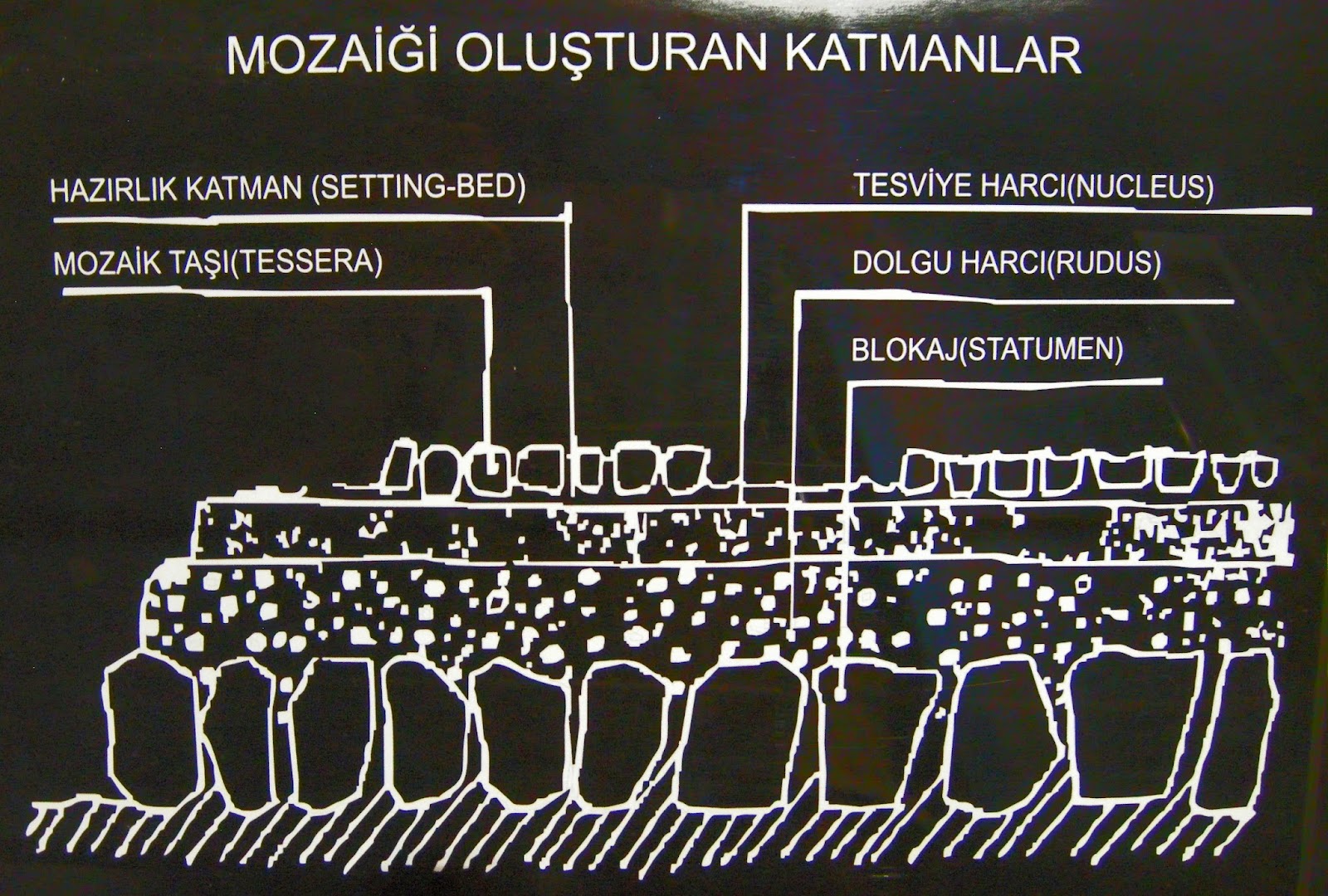 Above, a diagram explaining the layers and constructions of mosaics was very interesting.  Below, a partial mosaic showing the various layers. 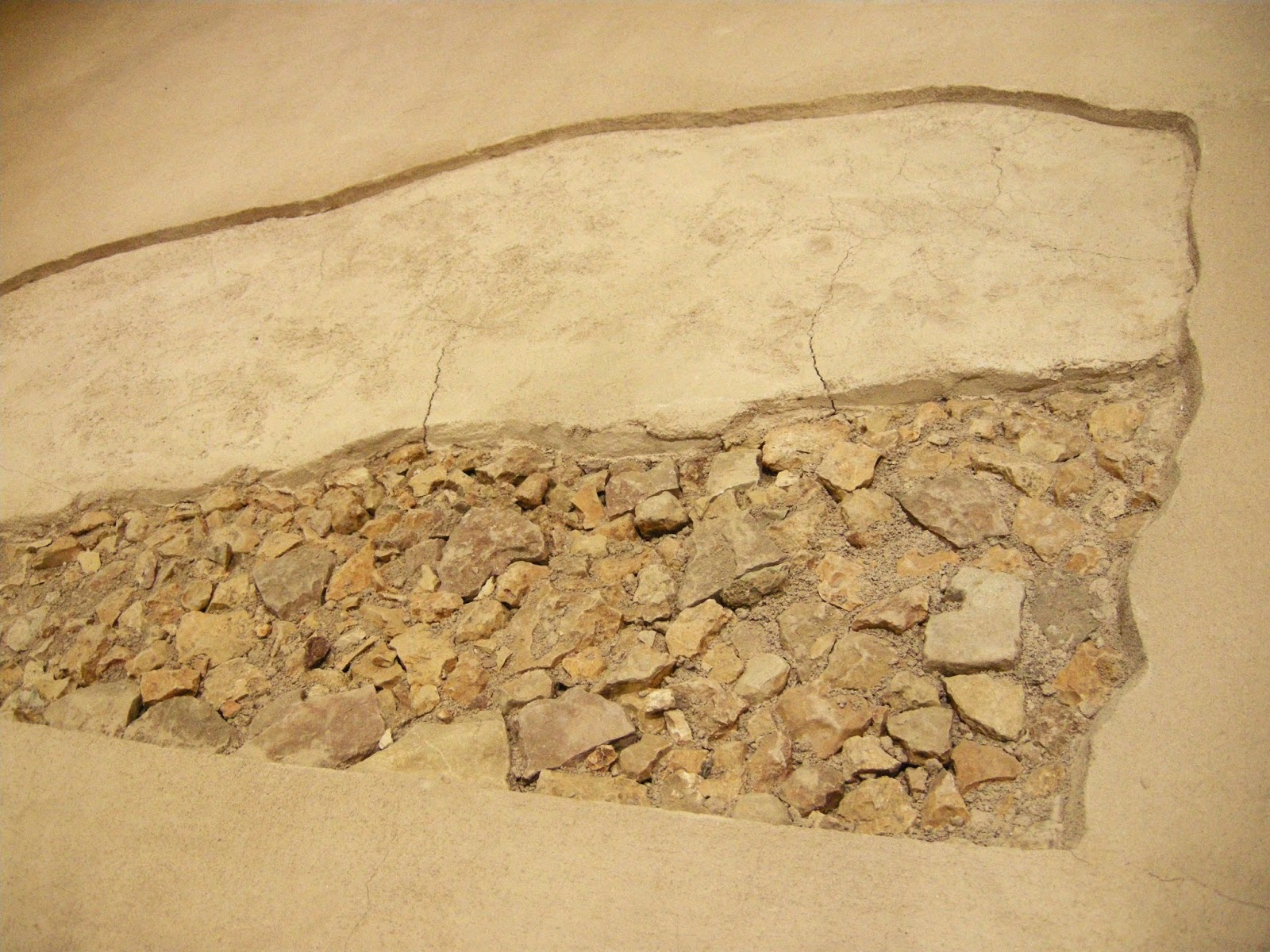 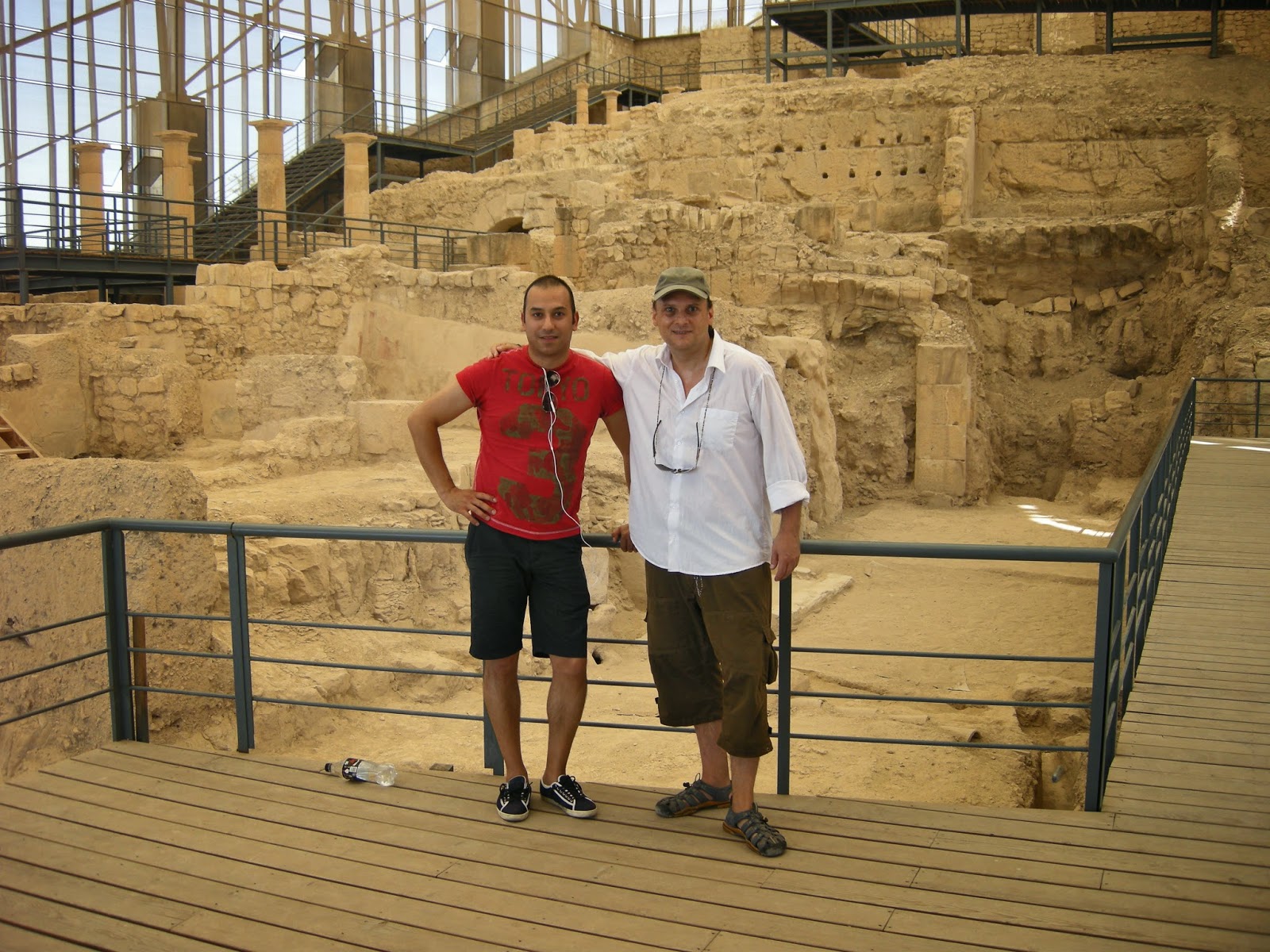 Below, a bronze statue of Mars found at the site and which once watched over the ancient city of Zeugma, now stands atop a column guarding the Zeugma museum in Antep. 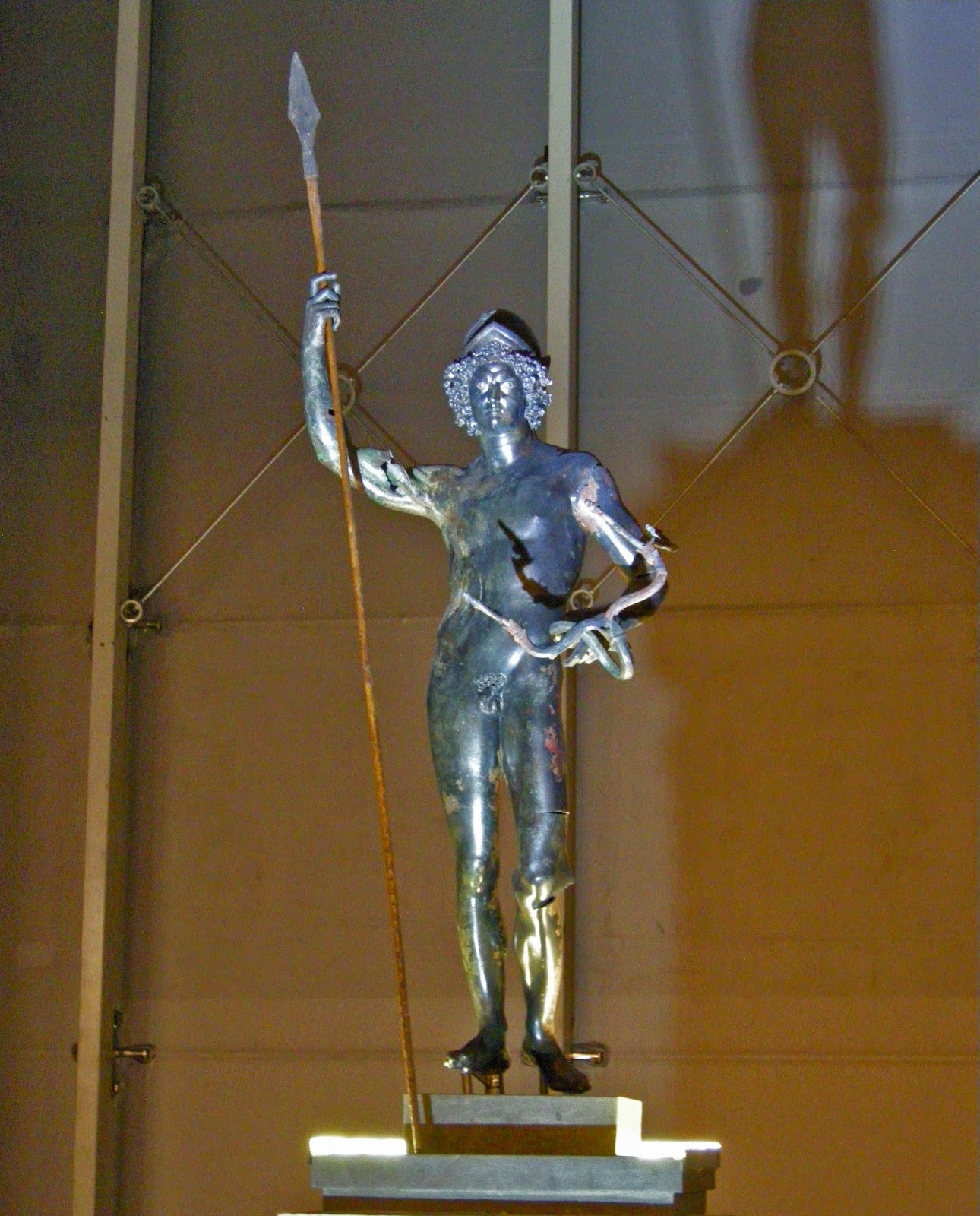 Posted by BIKE CLASSICAL at 3:39 AM