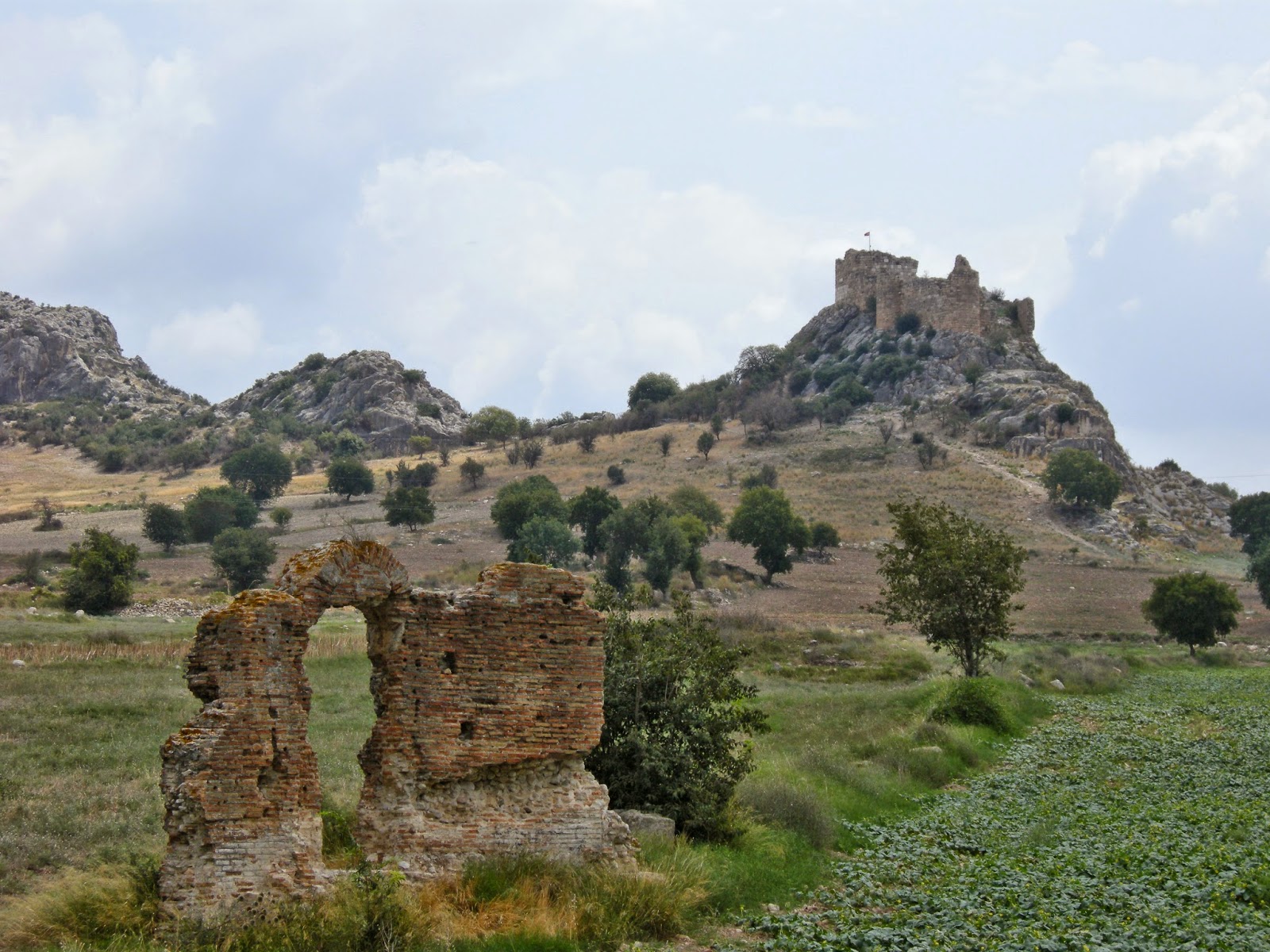 Hierapolis Kastabala truly is a grand site, a gem waiting to be unearthed and assembled.  Pictured above in the fore ground, most likely the remains of a Roman period building, probably Byzantine, while high above on the citadel, a castle of Middle Age construction, which replaced the early Crusader built fortress, then Byzantine, Roman, Armenian, Greek and beyond, as pre-historic remains have been found on the site. 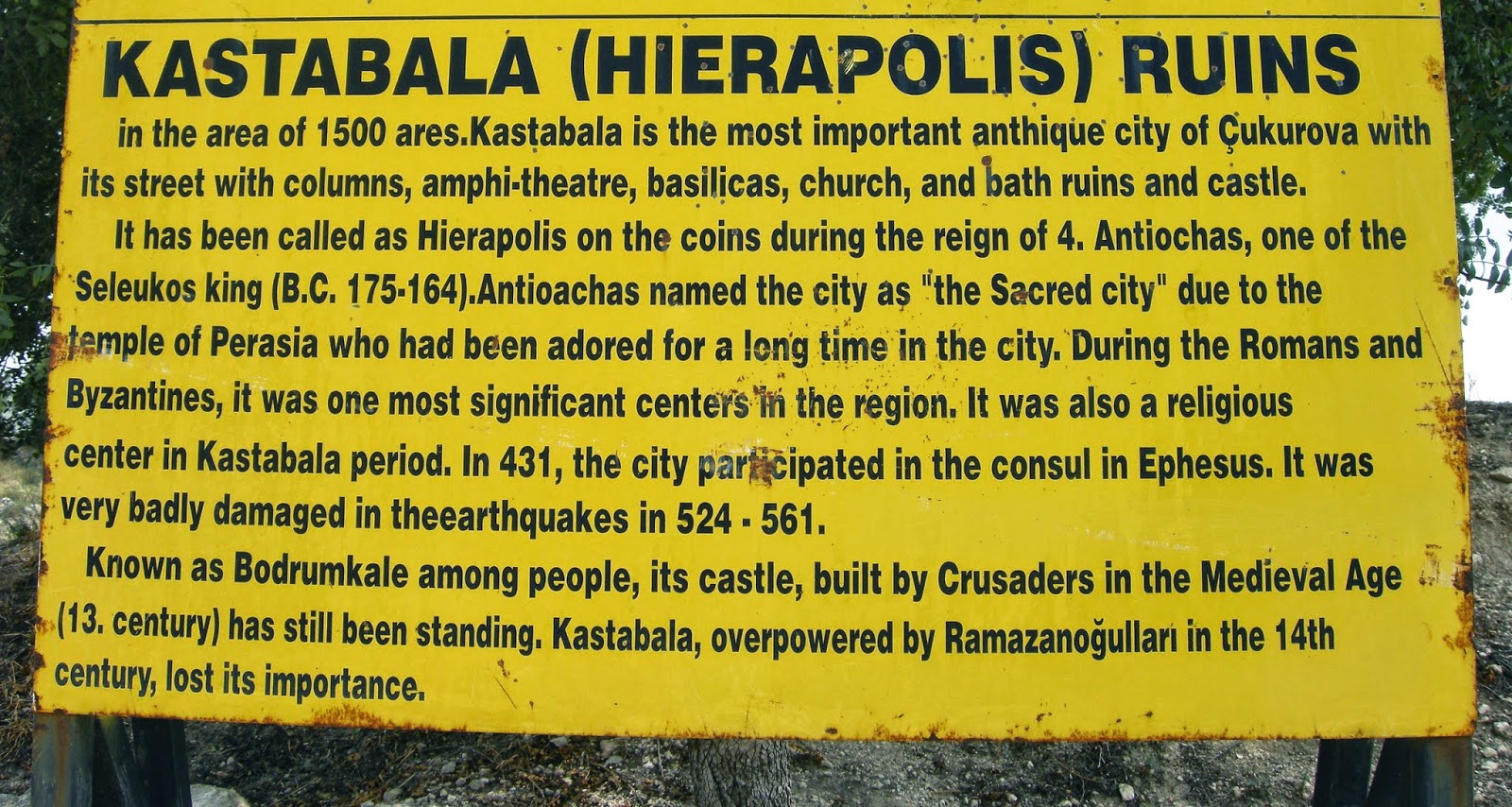 Situated above Hierapolis Kastabala the citadel and its castle, the successor to a more ancient structure that witnessed the passing of Darius and his army.  It is rumored that within the walls of the standing structure, which is believed to have been constructed by the Knights of St. John in order to guard the route through Syria to the Holy Land, that Stephen, brother of Thoros II, was boiled alive by the Greek garrison in 1164 AD. 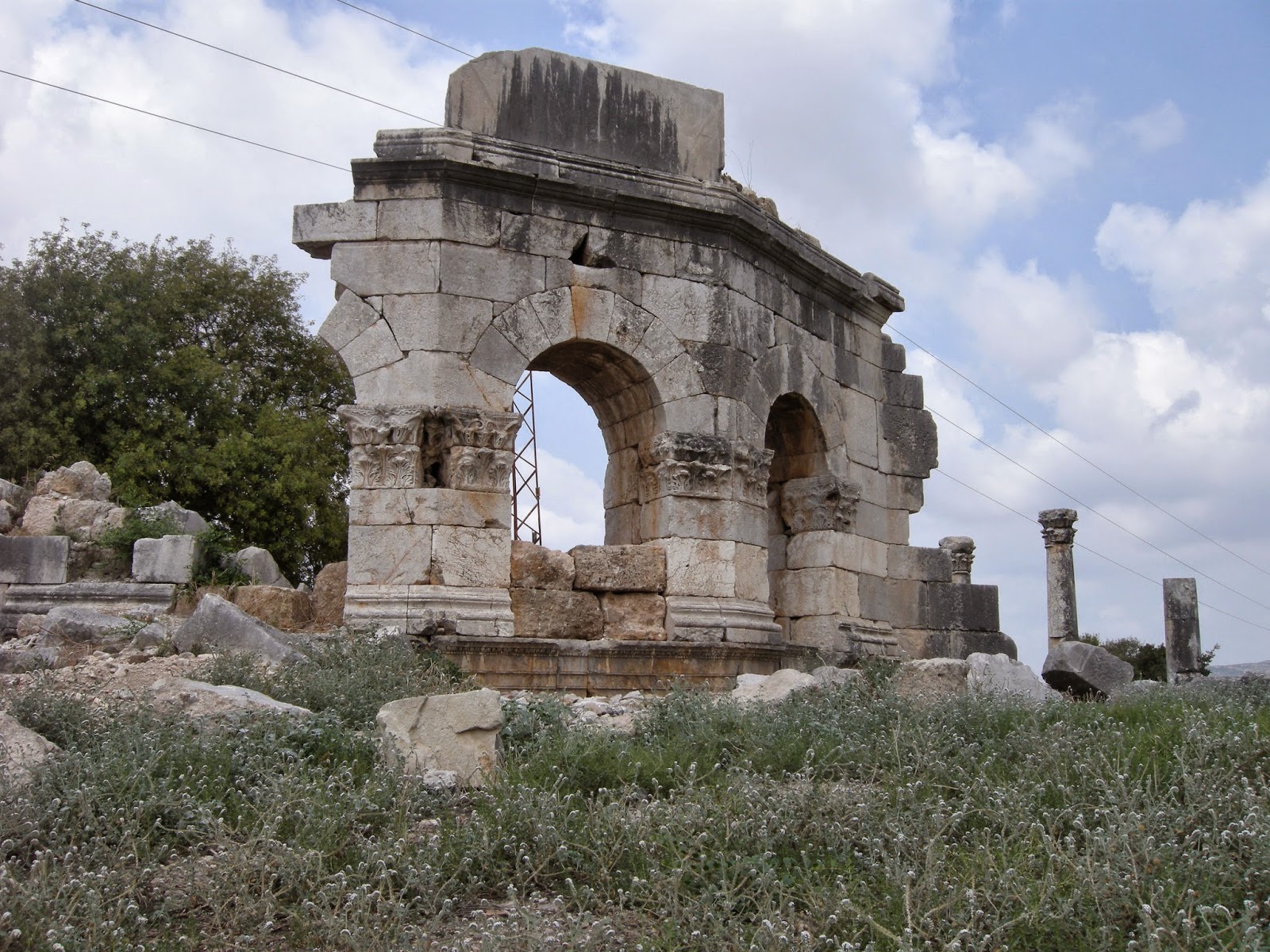 Pictured above, the Roman bath complex sports a magnificent octagonal entrance to the bath building which must have been the pride of the city.  Notice the fine square Corinthian capitals situated in the mid-section of each arched entrance.  Below, a building cornice lay in wait to be gathered, numbered and recorded. 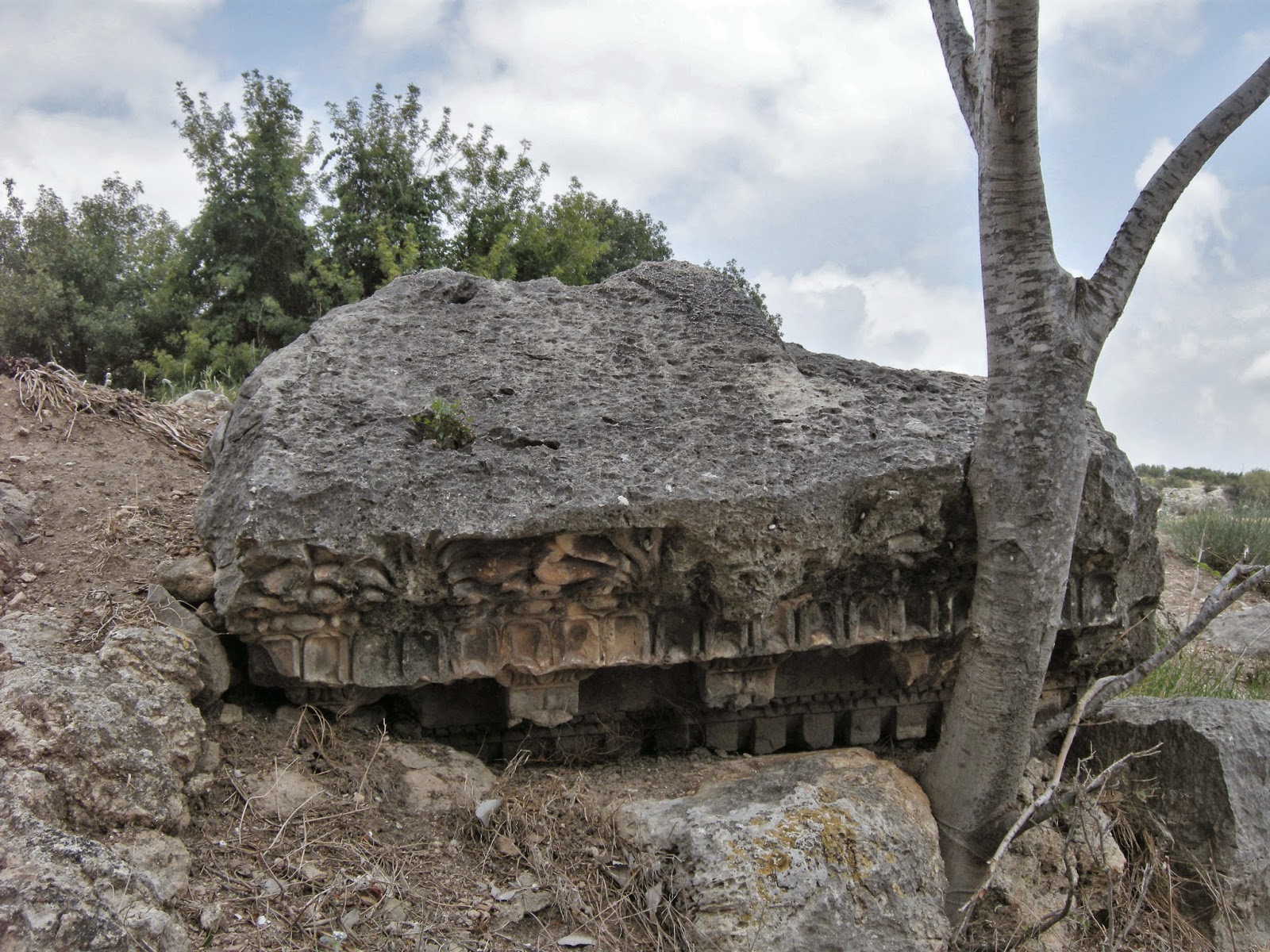 Ancient Hierapolis Kastabala, is situated on a beautiful Cilician plain near the Cevdetiye Koyu, and in 333 BC, was witness to the passing of Darius and the great army of Persia, that was following Alexander the Great to their final meeting at Issus, some 50 km to the south.

The fire alters were carried across the pass and the young men in red cloaks marched before him [Darius]; and those who led the chariot and the horses of the sun; and the twelve nations; and the Immortals with their apples, in sleeved tunics and gold; and the King's relatives that surrounded his high car, and the thirty thousand footmen and the four hundred horses; and the six hundred mules and three hundred camels with money; and the chariots of the mother and wife, the women and children behind. 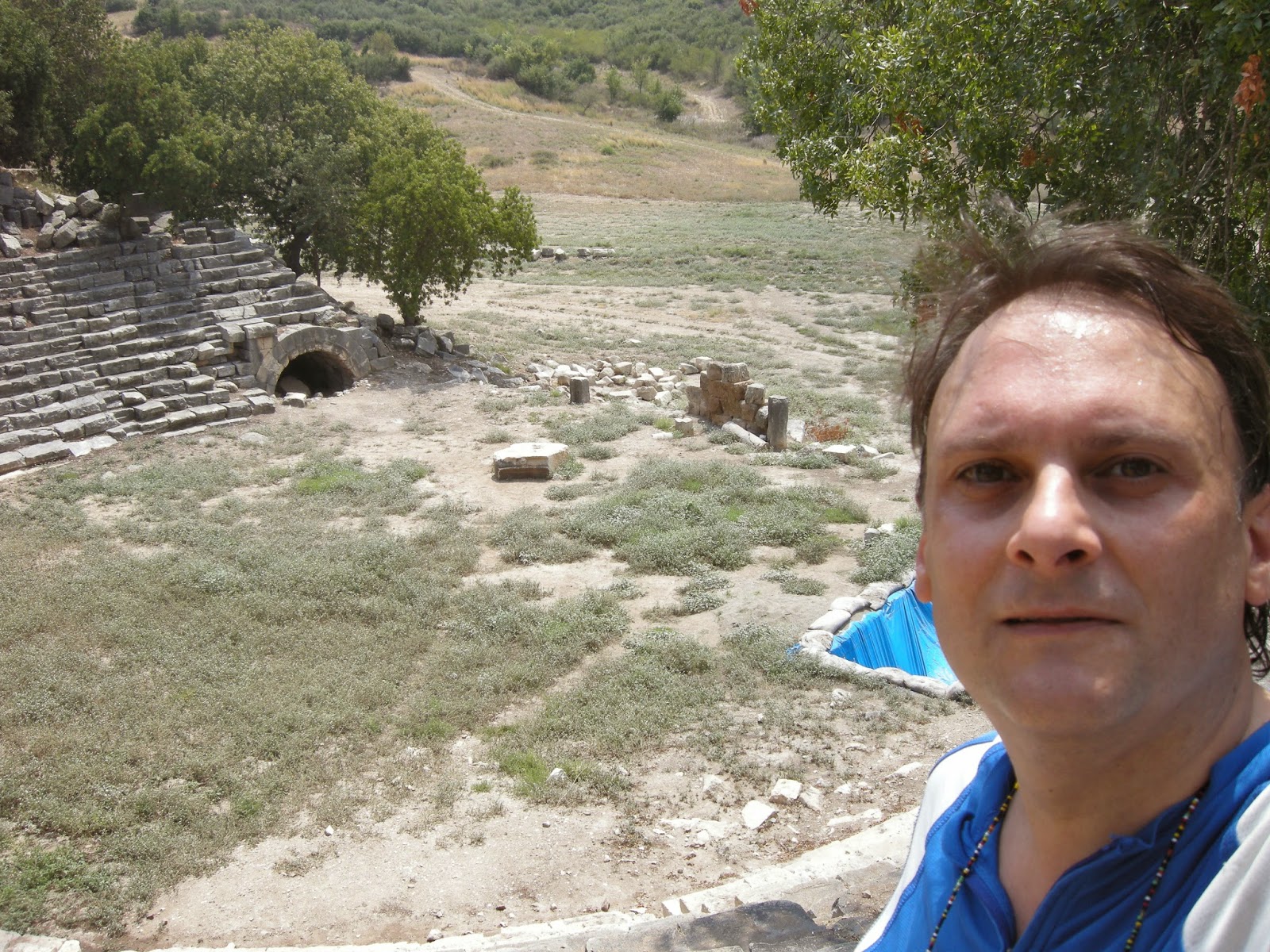 Pictured above, the orchestra of the ancient theater appears larger than usual, however, the dirt floor has risen up the cavea over the centuries nearly concealing the stage left entrance, while the parados, paraskenia and proskenion are completely entombed.  As can be seen below, an exploratory excavation is now covered with a blue tarp. 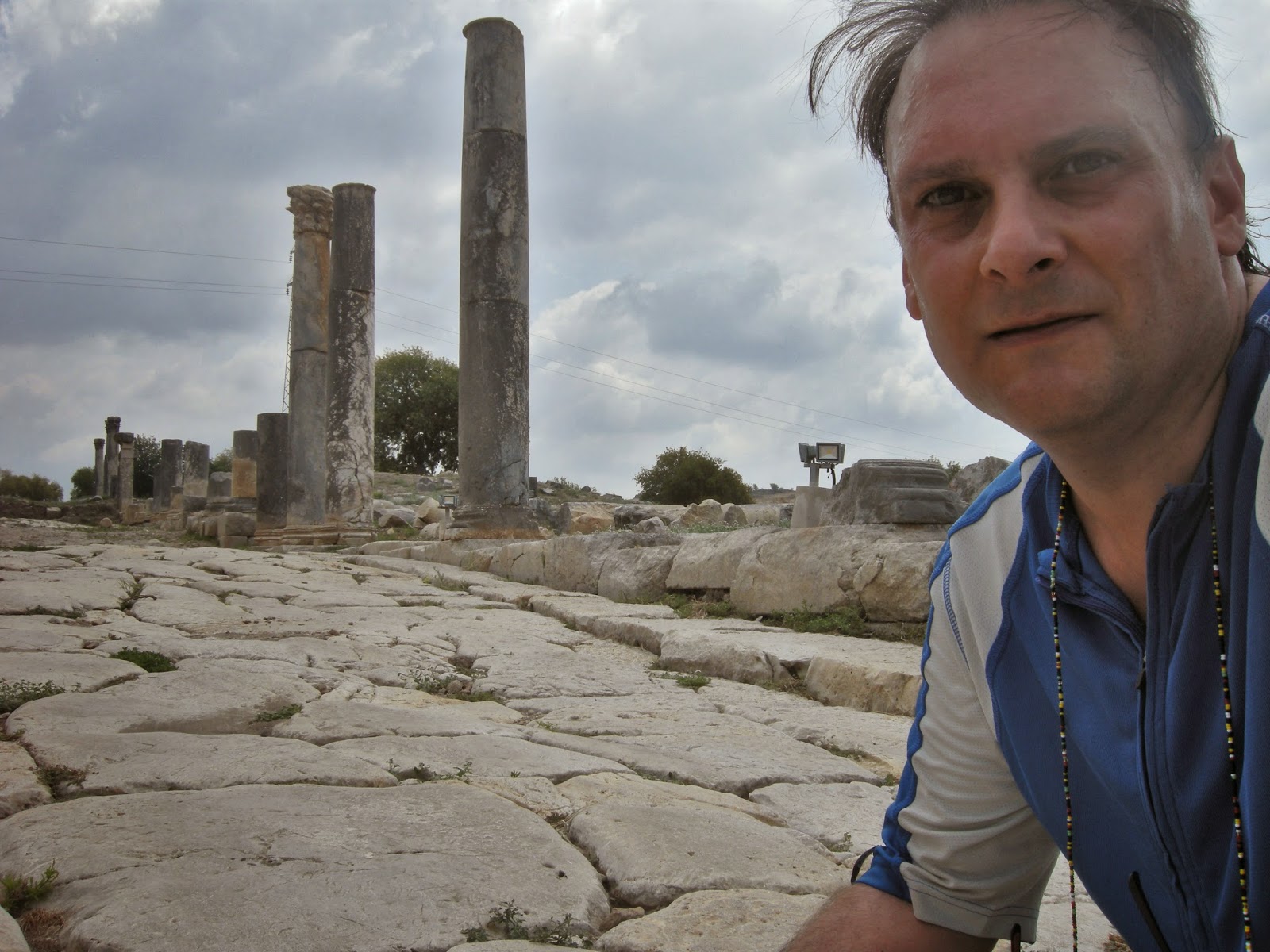 Above, a colonnade lines the ancient road into the city, while below, it ends and continues beneath centuries of accumulated earth, as Hierapolis Kastabala has yet to be fully excavated. 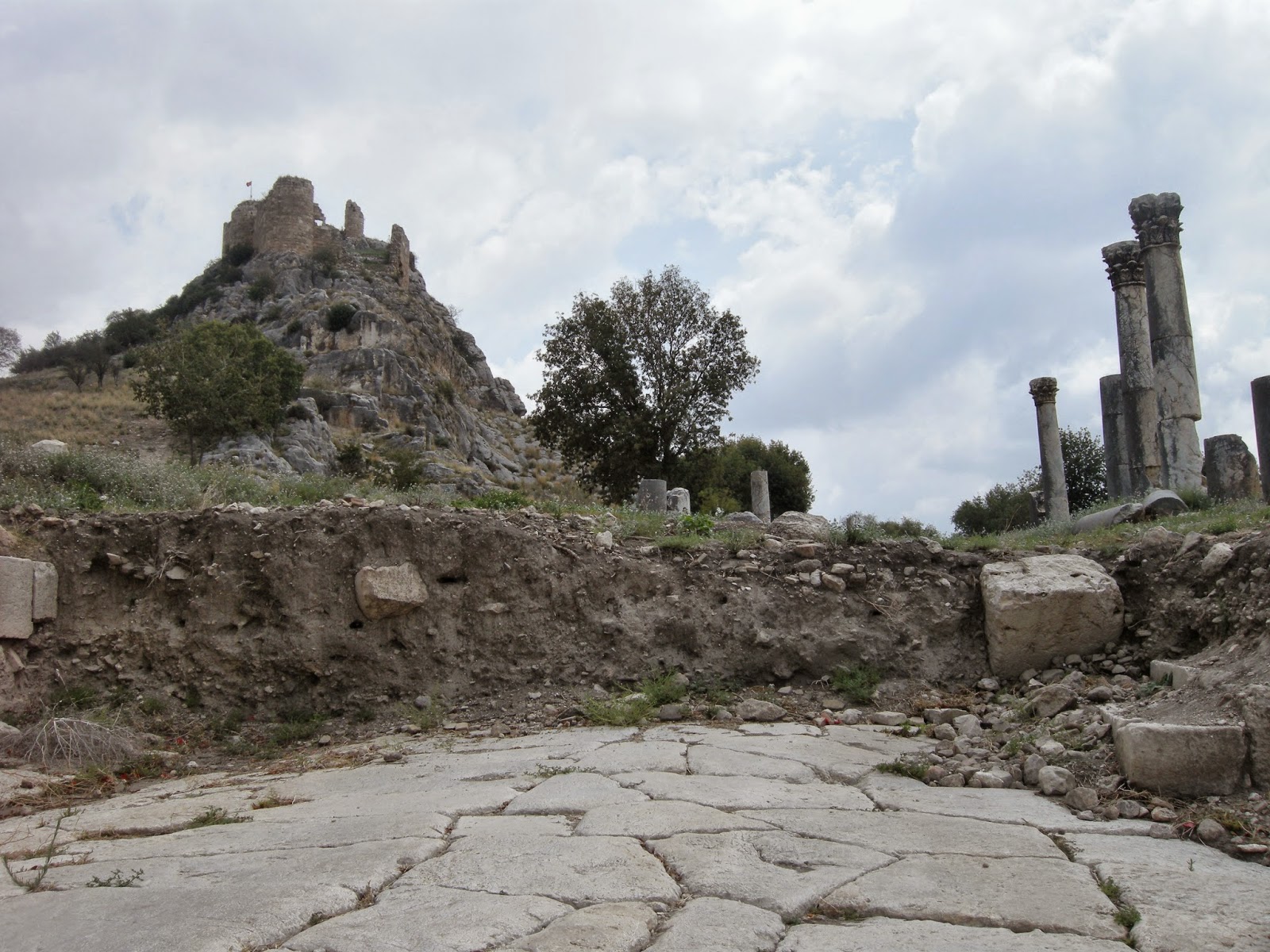 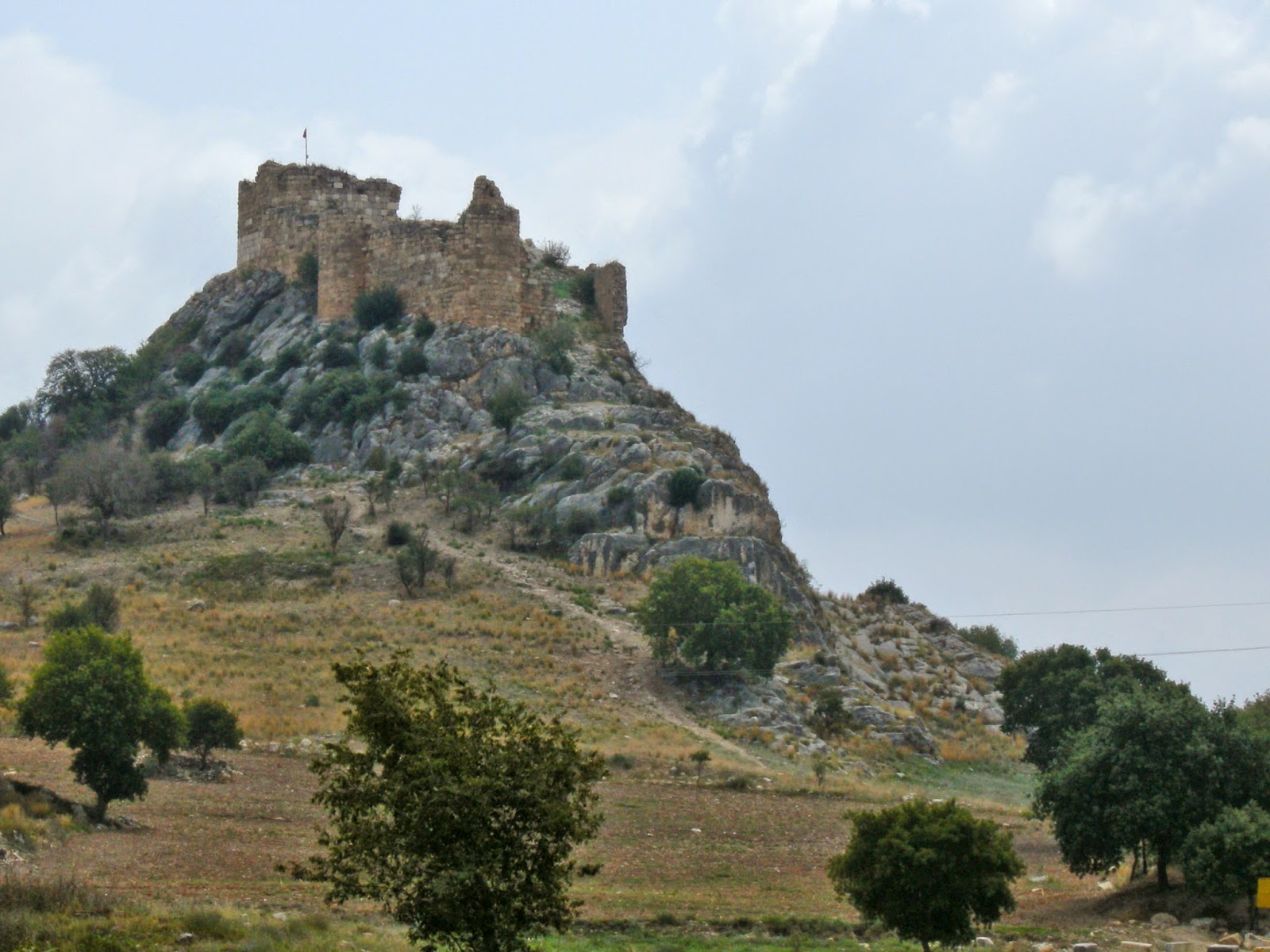 Posted by BIKE CLASSICAL at 3:28 AM