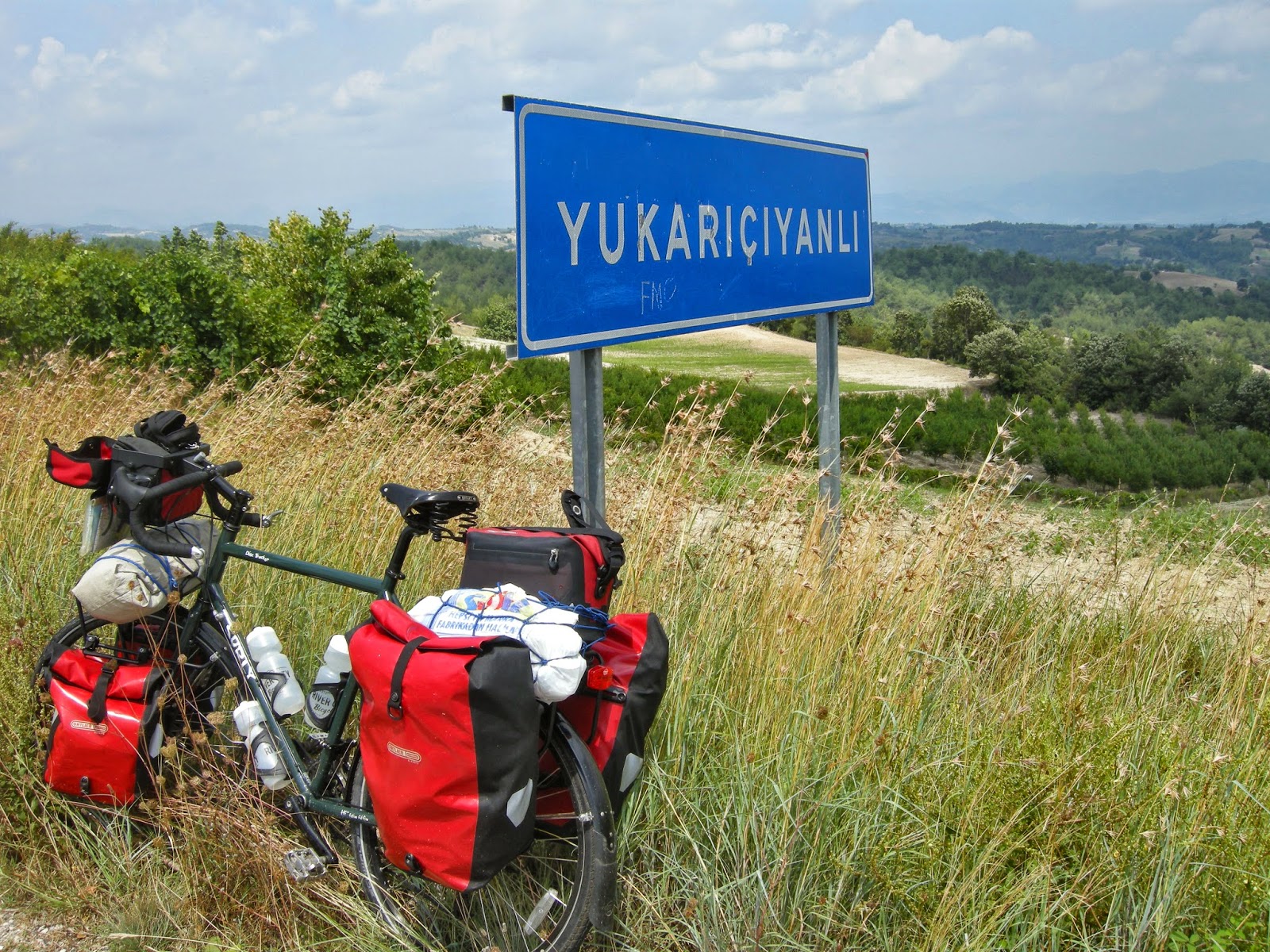 I cycled through some of the most beautiful countryside on the road to Ancient Flaviopolis; which today is the large town of Kadirli, or is it?  Kadirli is a bustling town nestled at the foothills of the Eastern Taurus Mountains, and along the way I passed through the village of Yukariciyanli, where I came upon an ancient structure (pictured below).  Perhaps a Byzantine church from first millennium AD, or a Crusader outpost along the path to the Holy Land, or a Gothic Monastery of more recent date? 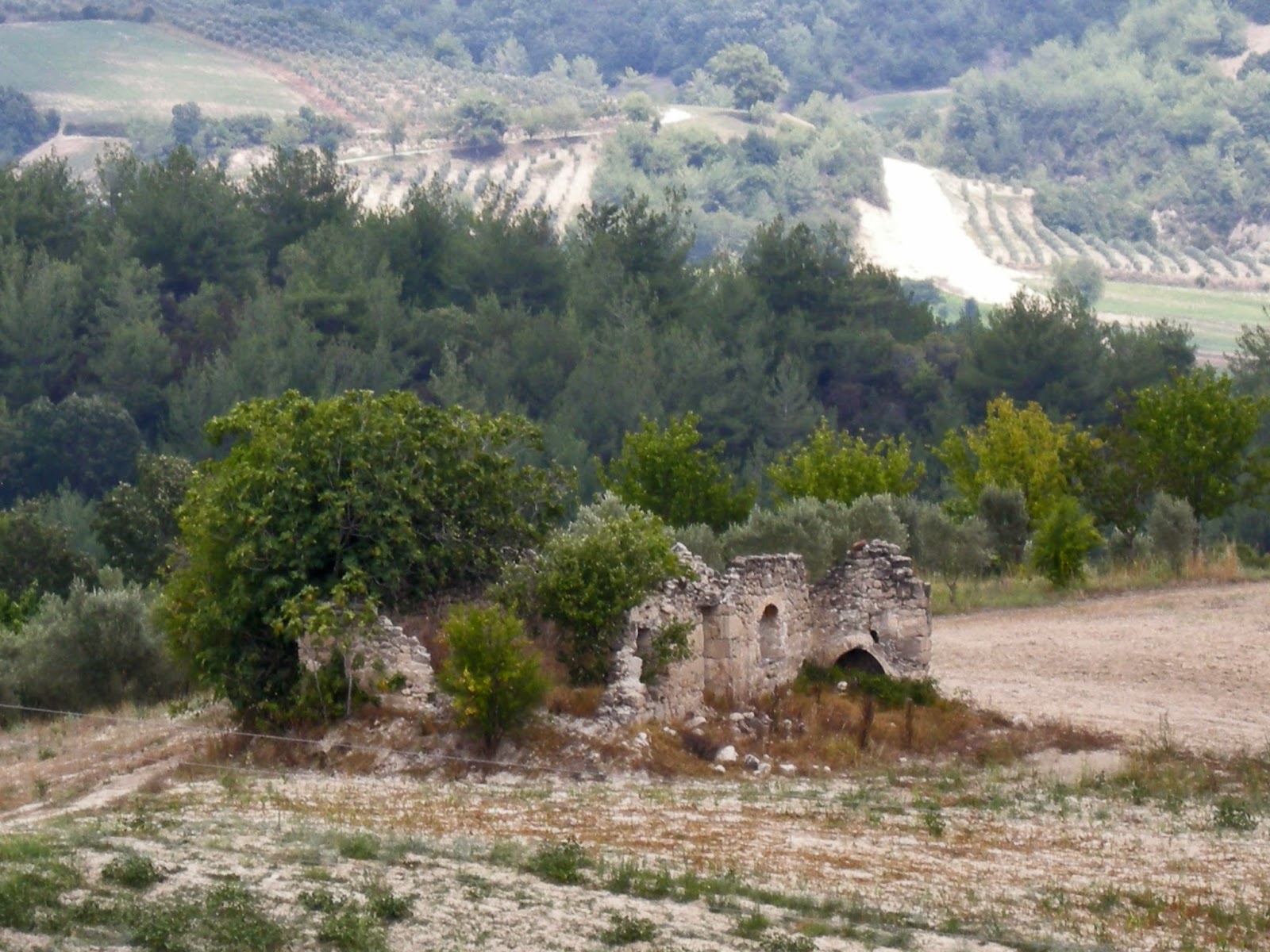 Kadirli is home to the Ala Camii Mosque (pictured below), which is housed within the walls of an earlier Christian basilica that was erected on the 2C AD base of a monumental Roman Temple, from which most of the materials (blocks, tiles, columns, etc.) were quarried from the ancient cella/structure, and used to construct the basilica and mosque. 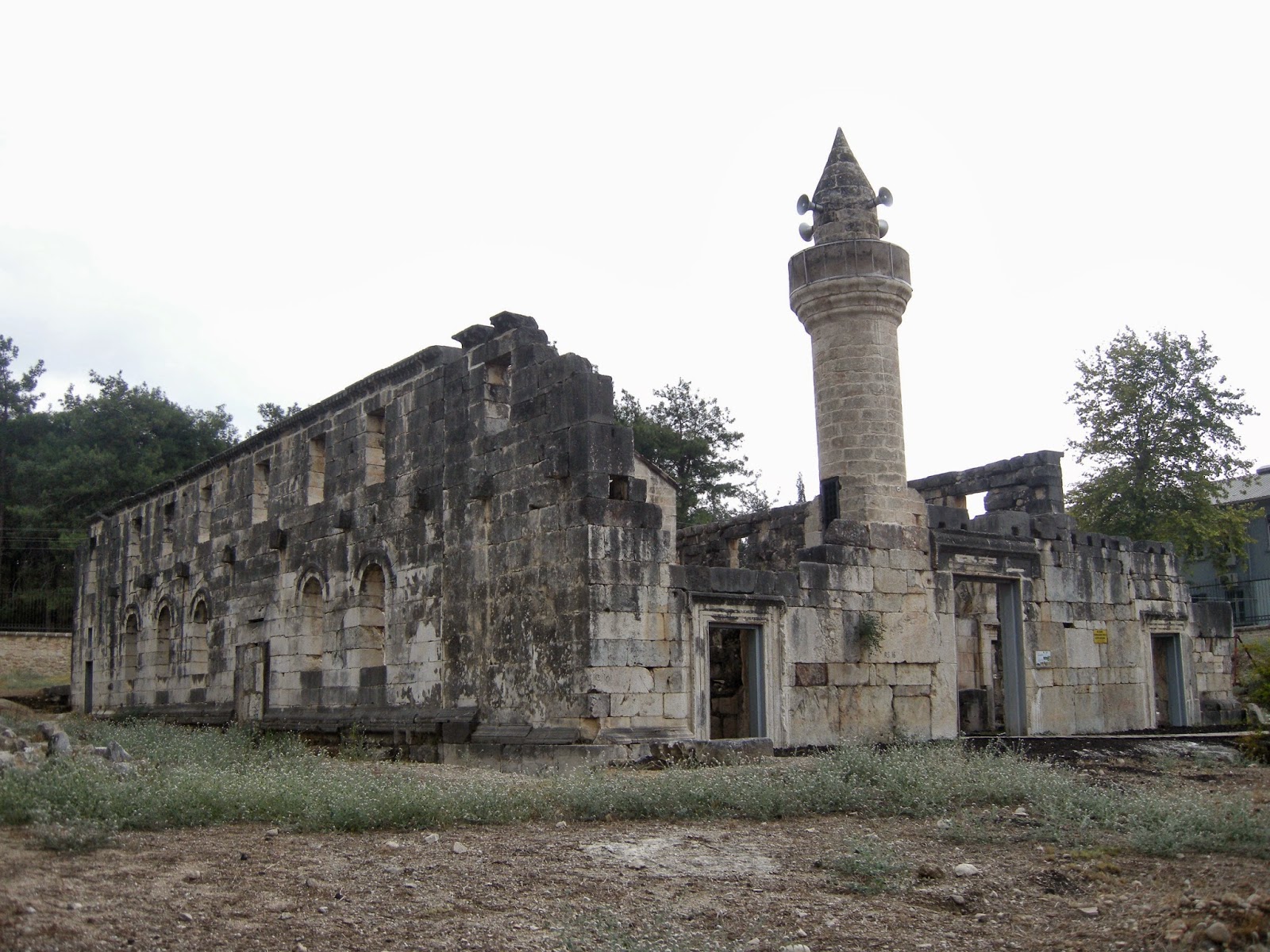 I love how the site descriptions states that,"a mosque was built by the Romans as a monastery at the begin[ning] of the 2nd century, reflecting Roman, Byzanti[ne] and Turkish cultures together."  What foresight the Romans had . . . , but we understand. 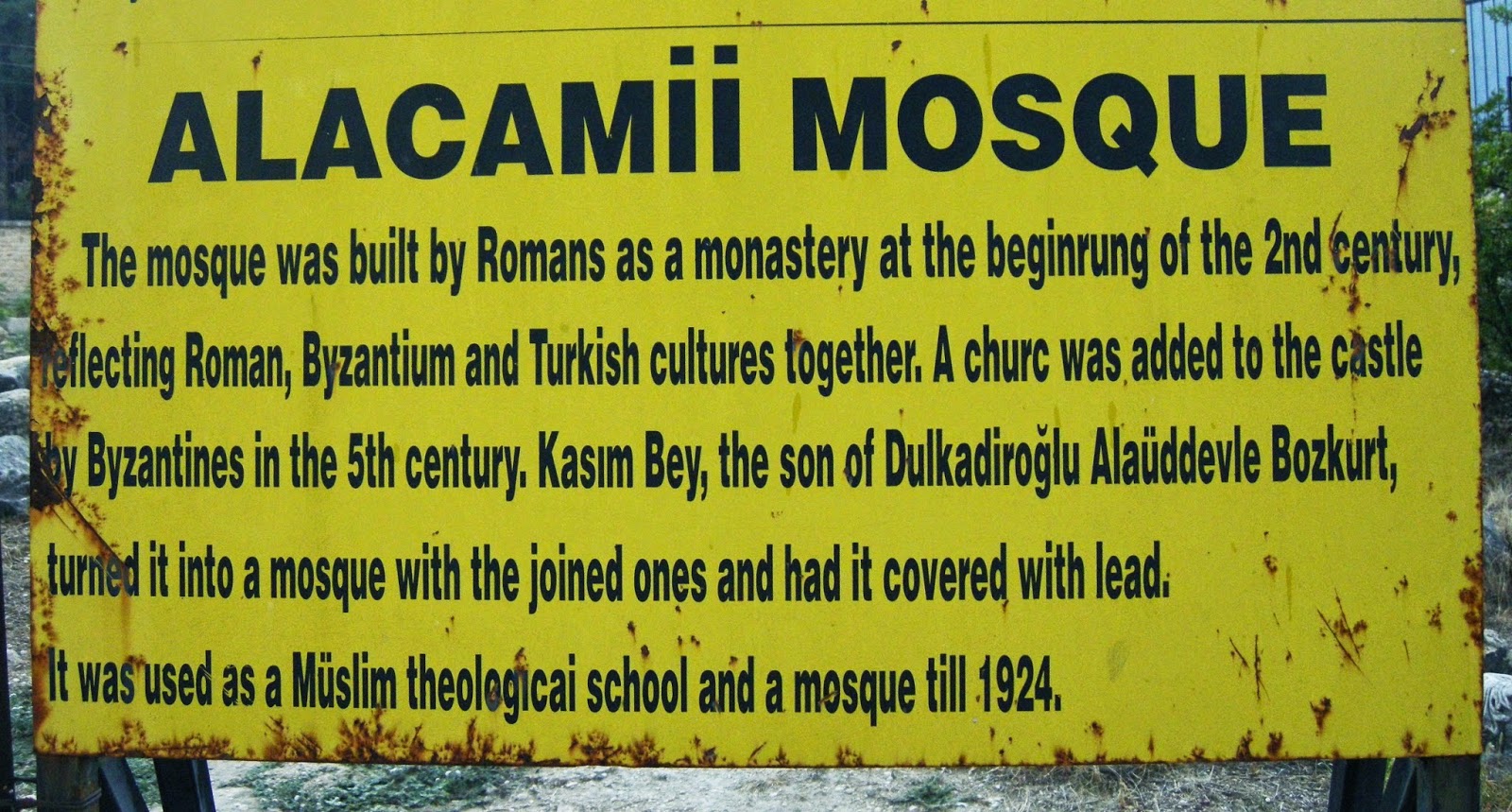 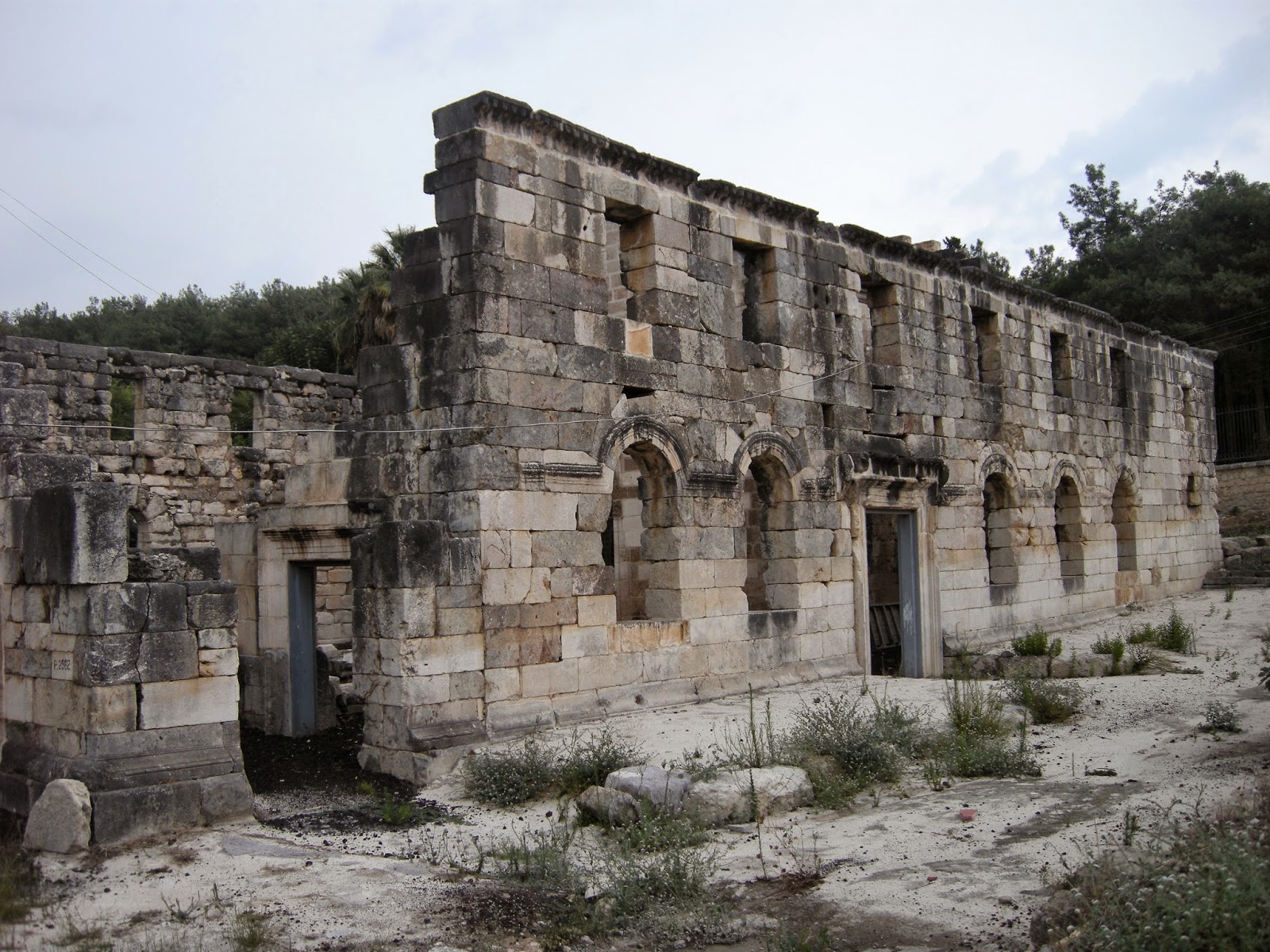 Though I wish the ancient Roman temple were still intact, this Byzantine structure is in a wonderful state of preservation.  Pictured below, a view of the temple/basilica/mosque from the front. 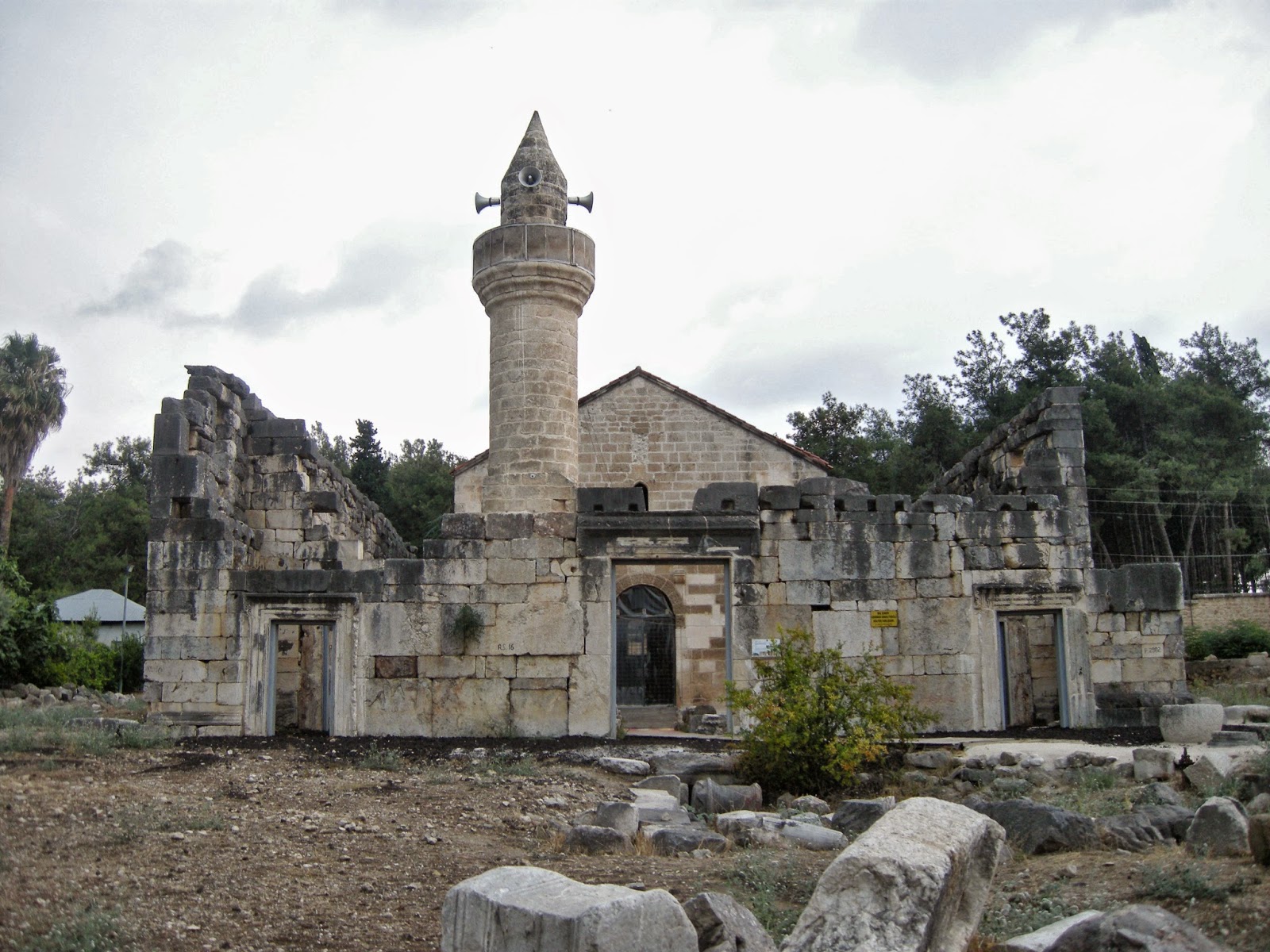 Pictured below, the rounded basilica sanctuary wall meets the outer wall of the Roman temple cella, or, a newer constructed outer wall of the basilica.  Look closely at the cornice (geison) that meets the back wall just below the roof, and notice how the cornice (probably from the ancient Roman temple) is carved straight or square as opposed to rounded, as is the case for the newer cornice encircling the roof. The inner cella of the Roman temple would have housed a statue to a god, which would have sat where the inner sanctuary of the basilica now sits. Posted by BIKE CLASSICAL at 1:05 AM