Selinunte: Temples by the Sea 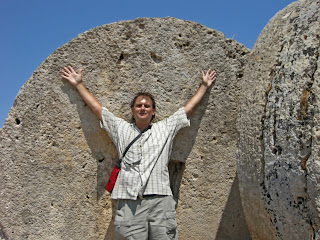 Temple G (409 BC) at Selinunte is the second largest Greek temple in Sicily (110m by 50m) after the temple of Olympieion in Agrigento (ancient Akragas).  Pictured above, I'm standing in front of a column drum of the temple, which is set to be reconstructed beginning in 2014. 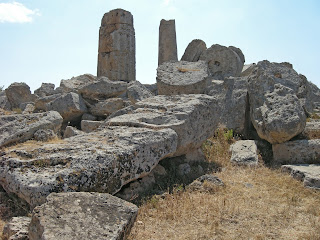 Pictured above, some of the massive slabs of Temple G, so-called because it is not known to which god/s the temple was dedicated to. 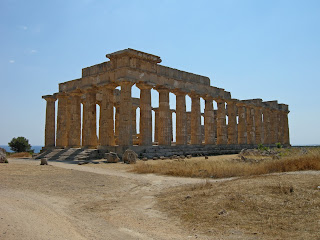 Pictured above and below, Temple E (490-480 BC), and probably dedicated to Hera.  It's beautiful metopes are in the Palermo Archaeological Museum. 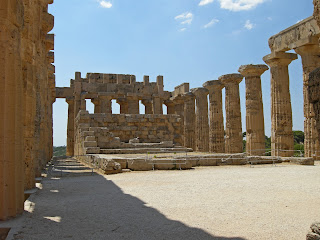 This is one temple tourists are allowed to enter (above and following three photos).  Its cella is amazing, with a complete opisthodomos at rear. 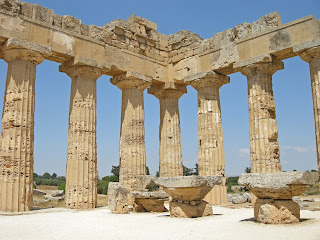 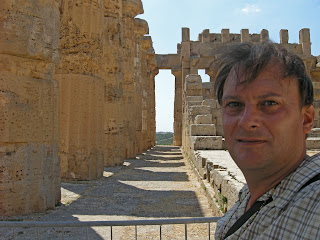 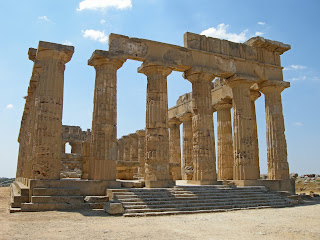 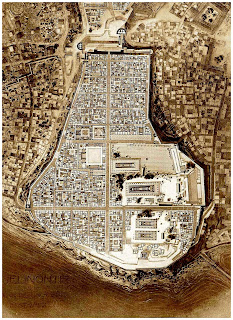 Pictured below, the campground I stayed at modeled its main building after Temple E. 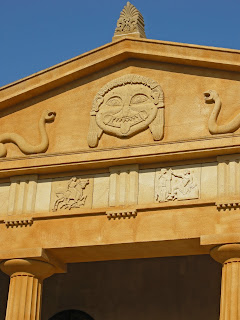 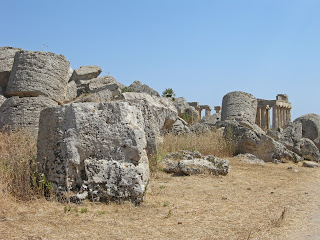 Above Temple E beyond the ruins of Temple G, and below, Temple E from a distance . . . 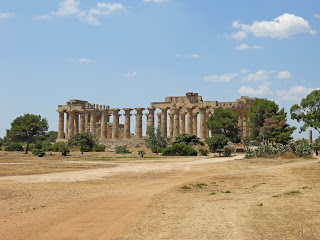 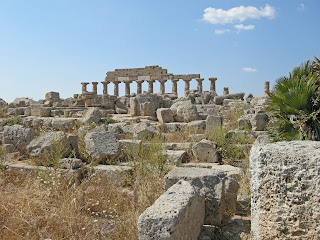 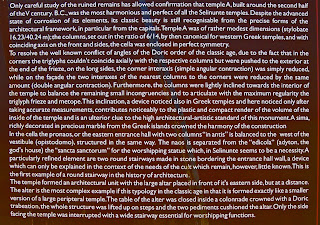